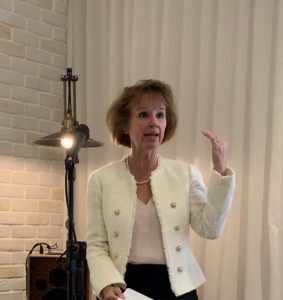 Rivka Korman was born and raised in the U.S. and became a believer in Messiah Yeshua (Jesus) at a very young age. While studying at university, she met Baruch Korman and they married after she graduated in 1987.

Baruch and Rivka have been in full time ministry together since that time. They moved to Israel in January 2002 with their 3 children. Rivka earned an MA in Biblical Studies in 2007. Her thesis was a comparison of the Biblical Messiah and the Rabbinical Messiah.

The Biblically Inspired Life was established in 2018 to encourage believers to infuse every aspect of their lives with Biblical Truth. We believe that true joy is found only through obeying and serving the L-rd.