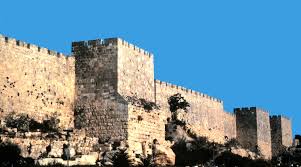 The 10th of Tevet fell this year on Sunday, January 8.  Unfortunately, I was at the hospital and was not able to post about this Fast Day.  So, I have fallen short in my desire to post (on time) about each Biblical Holiday.  Nevertheless, I would like to discuss this important day now.

The 10th of Tevet is observed as a day of fasting, turning and repentance.  We do not eat or drink from sunup to sundown.  There are also prayers added to the prayer services.

For years, G-d sent His prophets to warn Israel about the impending destruction of Jerusalem and the Temple if they didn’t repent.  But, instead of repenting, the Children of Israel did not listen to the prophets.

On the 10th day of the Jewish month of Tevet, in the year 3336 on the Jewish calendar and 425 BCE on the Gregorian calendar, the armies of Nebuchadnezzar from Babylon laid siege to Jerusalem.  It wasn’t until 30 months later, on the 9th of Tammuz 3338 that the walls of the city were breached and four weeks after that the Temple was destroyed.

So, even though the day has passed, it is always a good time to listen to G-d, repent of our evil ways (and we all have some), and turn to Him in a new excitement to follow HIM.