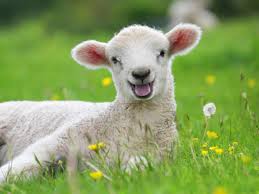 The very first commandment related to observing Passover is bringing the lamb into one’s home on the 10th day of Nissan and keeping him there until the 14th day, when he would be sacrificed. What was the purpose of this commandment? Why not simply select the lamb on the very same day he would be killed? In order to answer these questions, one must pay close attention to what is said in Exodus 12:6, “And he shall be for you for a למשמרת”. This Hebrew word is most significant. If one reviews the most common English translations, he will find that nearly all render this word as a verb, rather than as the noun which it is. Normally one reads in English, “And you shall keep it….” The Young’s Literal Translation is the only one of the twenty-two translations which appear on Biblehub.com that renders it properly, “And it shall become a charge to you,…” What is the intent of the word “charge”? This word is derived from the Hebrew verb which means “to guard, keep, or watch.” The same form of the word is used in regard to the priestly rotation when certain priestly families would go up to Jerusalem to serve. The word in question is used in relationship to something that has great significance and/or value.

It is not enough to simply keep the lamb in one’s home for four days and then sacrifice him. The family must guard and pay close attention to the lamb and see him as having great significance. He must not receive any injury while inside the home or he will become invalid for the Passover offering. Just imagine a year old lamb living four full days inside one’s home. Think of the children who would be the primary caretakers of this lamb. It would not take long for the children and even the adults to develop affection for this lamb. Naturally, in the back of everyone’s mind would be the recognition that on the 14th day of Nissan this lamb would have to die.

It is incumbent upon us to rightly understand the use of the term Passover. While both in the Bible and in the vernacular, Passover can be understood as referring to the entire festival period including the Feast of Unleavened Bread; however, in a technical sense, Passover is only the 14th day of Nissan and is not thought of as a festival. In the New Covenant, Passover is properly referred to as the day of preparation (see Matthew 27:62, Mark 15:42, Luke 23:54, and John 19:14,42). It is not a day of rejoicing or celebration, but repentance. On this day, one also burns up the Chametz (leaven).

The burning of the Chametz relates to judgment. Paul makes it very clear in First Corinthians 5:6-8 that leaven is symbolically connected to sin. Hence, when one burns the Chametz, it conveys a coming judgment upon sin. This burning of the Chametz is done immediately prior to the time which the sacrificing of the Passover lambs began. The message is obvious, the killing of lambs corresponds to the judgment of sin.

It is easy to understand how in just four days each family would become attached to the lamb and how difficult it would be to take their new friend to the Temple, knowing he was to be killed and then bringing home his dead body to roast, and then consume him. The point is the Passover meal was not eaten with joy, but with great sorrow. Today, when most families sit down to partake of the Passover meal, there is an absence of sorrow and it is a time of celebration, focusing on what the holiday brought about rather than the means of this liberation, i.e. the blood of the lamb.

Let’s consider for a moment believers in Yeshua today. Sadly, most followers of Yeshua do not even associate His death with Passover. Failing to make this connection hinders a person from properly understanding Yeshua’s work. Similarly, most believers do not link the Exodus from Egypt to Yeshua’s work of salvation. It is was not a mere coincidence that in the same way that the blood of the Passover lamb freed the Children of Israel from slavery to Pharaoh, so too does the Blood of our Passover Lamb, Yeshua, free the believer from the bondage of sin. Here is the truth that one must remember: This freedom that Yeshua earned for us is so that we can obey the commands of Messiah.

Faith and obedience work together; in fact, true faith always leads to obedience to the word of G-d. Israel was not delivered from Pharaoh by obedience. Neither is the believer saved by works of obedience. It is faith that saves! However faith, when applied to a person’s life, will manifest itself with works—works which are rooted in the Scriptures and reveal the glory of G-d.

I would like to suggest that each of you begin on the 10th of Nissan, April 6, to study passages about the life of Yeshua. Pray to G-d that He reveals to you in a deeper manner, the Person of Yeshua over the next four days. On the 14th of Nissan, April 10, read those Scriptures that deal with the sufferings of Yeshua when He was flogged and while He was  upon the Cross. All too often, we tend to ignore the tremendous price that He paid for each of us, and we focus mostly on what He achieved for us, the forgiveness of our sins. This forgiveness and the salvation that we have are truly marvelous, yet one must properly esteem the means of these precious gifts.

I was told about a family who purchased a lamb a few days before Passover and did exactly what the Torah commands. They brought him into their house where he became an instant friend of the children and, for that matter, the parents as well. The father had shared that on Passover he would take the lamb to be butchered and they would then eat him on the evening of the first day of Unleavened Bread. The family was Christian, but the father wanted to use this experience to teach his children how they should feel about Yeshua. The father had shared his plan with all the family. The oldest son was seventeen years old and thought the whole thing was foolish. Yet, when the day came for the father to take the lamb to be butchered, not only were the younger children protesting with tears, but this seventeen year son had hidden the lamb and refused to bring him to the father, unless the father would promise that the lamb could live. The lamb remained the family “pet” for several years until he died at the old age of 14 years.

If we can have such feeling for a lamb which we only knew for four days, how much more so should we have for our Savior?

May you have a meaningful Passover.

7 thoughts on “A Passover Article from Baruch”