Views of the synagogue in Galati, Romania.  The yellow building next to it is also owned by the synagogue, but we were unable to determine its use.  It looks like a building for the school, but we do not know its use today.

Today we drove to Galati, Romania.  It is hard to believe that in many of these towns and cities in Romania, the Jewish population at one time used to be anywhere from 25% – 50% of the total population!  Today, the cities have anywhere from 10 – 50 Jewish individuals remaining in most cases.

Before World War II, this community had 22 synagogues, a secondary school, two elementary schools for boys and one for girls, a kindergarten, a trade school, a hospital, an orphanage, an old-age home, and two mikvaot. In 1881–1919 Galati was the center of the Zionist movement in Romania.

The synagogue which remains today was totally renovated in 2013 and is beautiful and large on the outside (we were not able to go inside).  You can Google it to see pictures of the inside.

Here is a picture of one of the stained-glass windows. 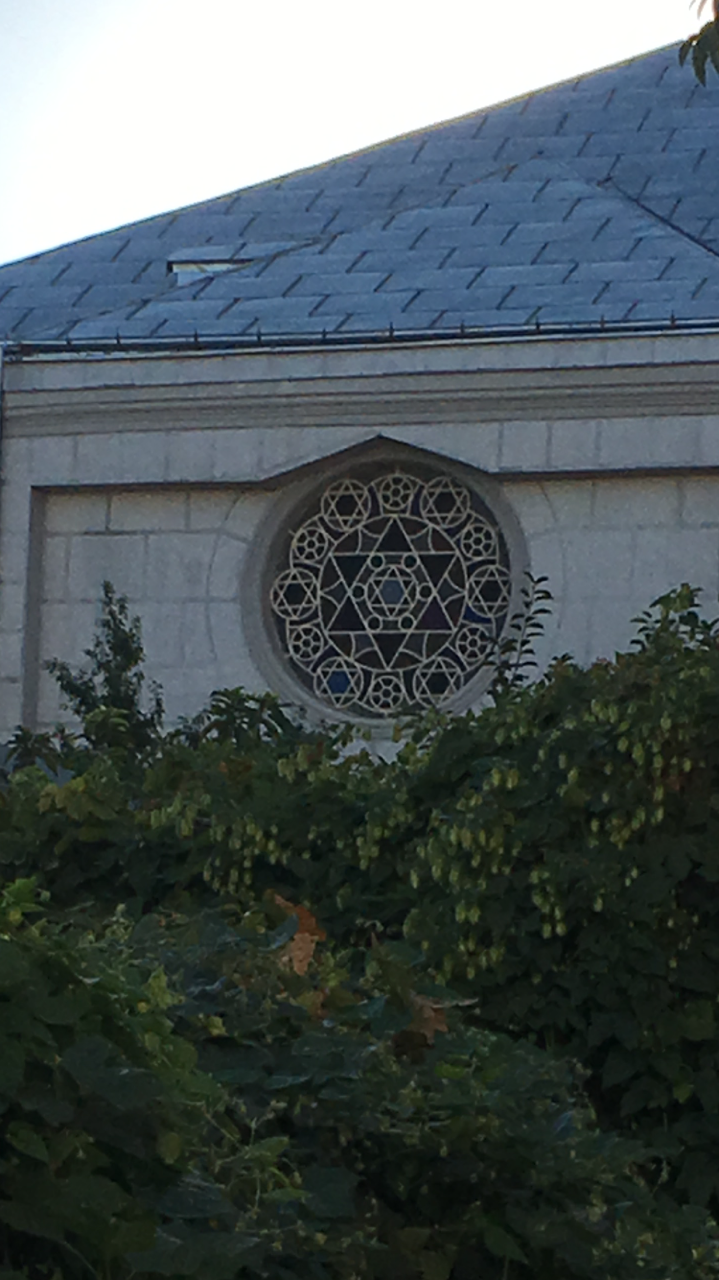 Tonight we are right by the Danube River, where several Jews were drown trying to escape the anti-Semitism in Galati.  It is very sobering.  Tomorrow we will visit the cemetery and then head down to Constanta, where Baruch will be teaching a Love Israel Conference.

We are traveling with another couple, Gavin and Karen, who are very knowledgeable about the Holocaust in Romania and we are so thankful to have them with us, for we have learned so much from them.

The Jews of Galati suffered from anti-Semitism and persecution well before the Holocaust. However, the vast majority of the Jews of Galati were not killed off like in most other Romanian cities. Although they were forced to endure many forms of anti-Semitism, most survived the Holocaust and immigrated to Israel. This is in no way to imply that Galati Jews were not murdered and tortured during this period, but not to the same extent of other Jewish communities.