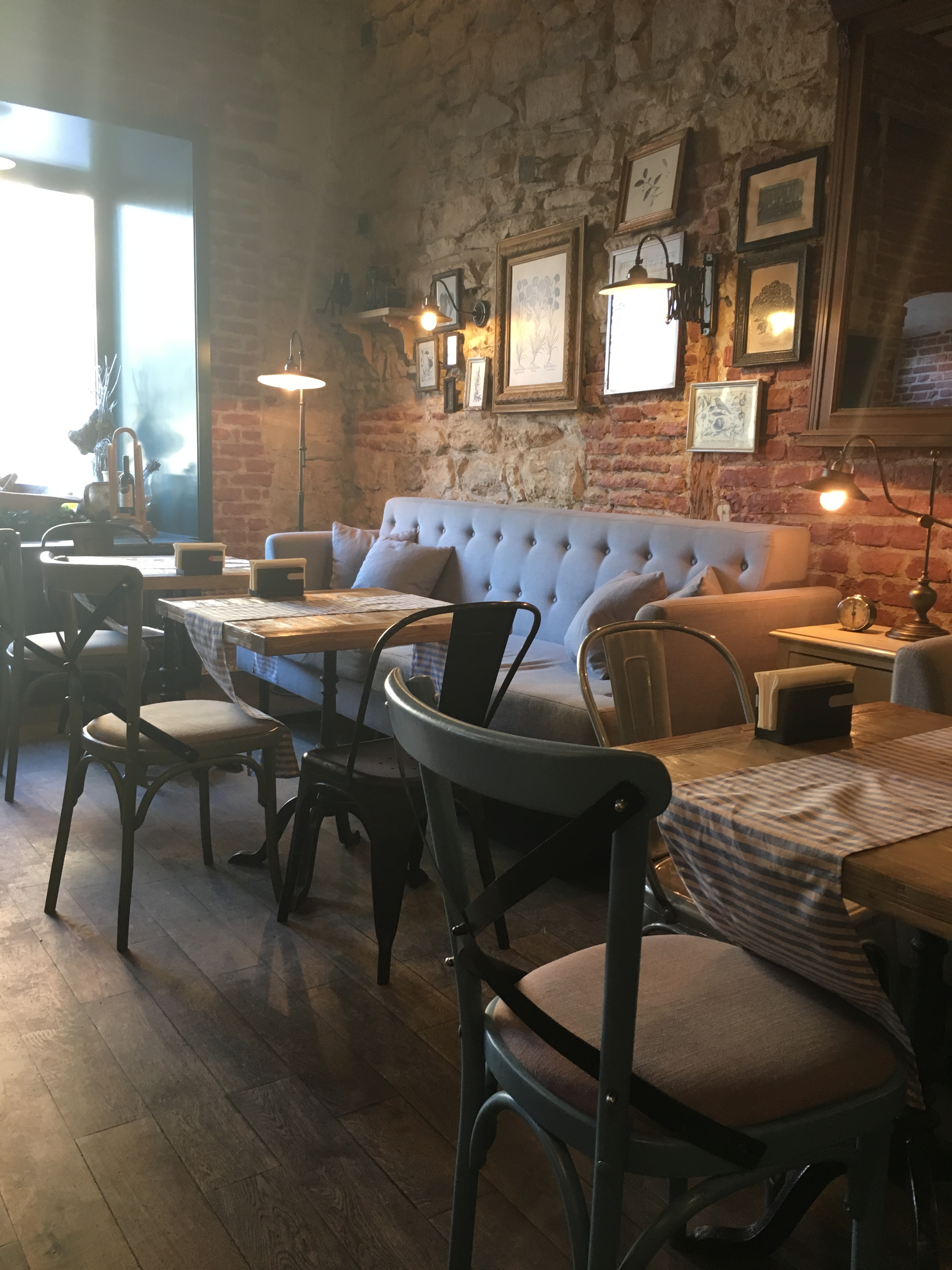 One of the many cafe/restaurants in Cluj, Romania.

Our time in Romania was very productive.  We enjoyed the Thursday night, Friday night, Saturday morning/afternoon and Sunday morning/evening Conference.  There was a great turnout for each session and a real interest in what Baruch taught.  It is encouraging to hear the great questions people ask after the messages.  It is also interesting to hear some of the theology which has been taught there.

The main religion of Romania is Eastern Orthodox Christianity (81%).  There are only Evangelicals (2.8%).  During communism, the body of believers in the countries of the former Soviet Union were cut off from the rest of the world and some bad theology developed.  After the revolution (1989), Christian groups were very quick to come into these countries and share the Gospel and teach the Word.  However, that was over 25 years ago and many missions organizations have “moved on” to witness in muslim countries, etc.

Therefore, we see a great need to teach the Word in a clear and accurate way.  This is a country in which opportunities to share have opened up way beyond our expectation. We are so pleased to air our television show on Credo TV, where it is subtitled in Romanian and shown four times each week!

While we were in Romania, we were also happy to tape the next set of John television programs and also a 4-part series which we will tell you more about soon.  I posted a picture of the set for the series on this blog last week.