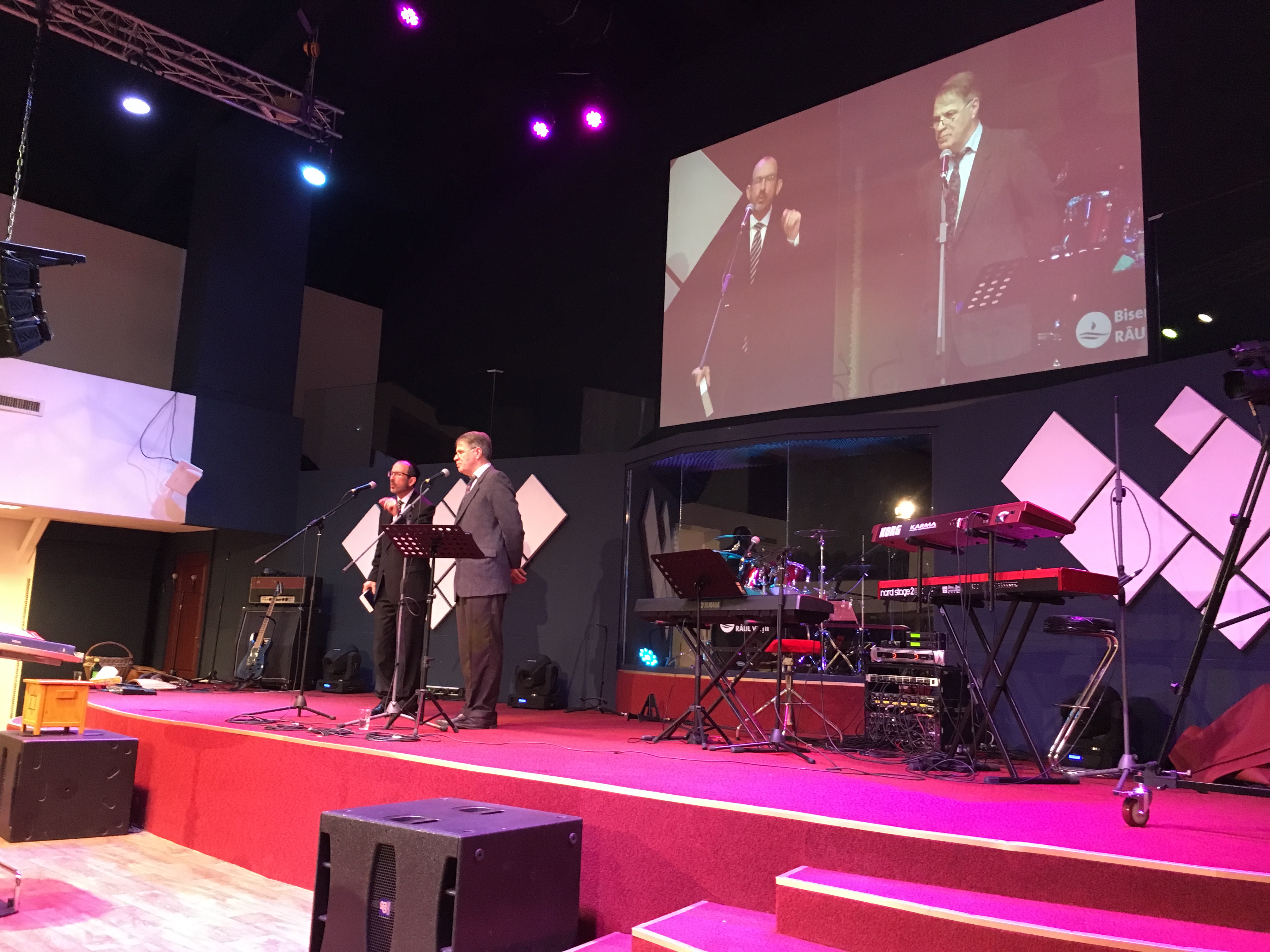 Tonight we concluded the Bucharest Conference.  Everyone there was very kind and we enjoyed it very much.  It was well-attended and the people were very eager to hear sound Bible teaching.  Baruch taught on Friday evening 5:30 pm – 8:00pm  and all day today, from 10:00 am – 7:30 pm.

This trip to Romania has afforded Baruch to teach in 3 different cities, in 5 different locations and hold 4 different conferences.  We are blessed to be able to share G-d’s Word with so many people.  We made some new contacts as well and are excited to see what comes of them.

Many of the people had seen our television show on Romanian television or on our You Tube channel.  We were glad to hear how many people had discovered LoveIsrael.org.

Please also join us in prayer for the Romanian people.  Early this evening there was a protest in Bucharest.  About 50,000 protesters showed up in opposition to all of the government corruption.  Their Parliament recently passed  legislation which critics say will make it harder to prosecute crime and high-level corruption.  This country has made so many positive strides since the 1989 revolution which ended communist rule.  But, the government in now struggling with corruption which could greatly set Romania back.