The Ashkenazi synagogue in Constanta.

Constanta, Romania, is a port city on the Black Sea.  It is the third largest port in Europe. It has a very interesting history, being the oldest city in Romania, and founded around 600 BC.  It has Romanian, Turkish, Greek, Roma (Gypsies) and Jewish people.  But, today the Jewish population numbers around 30.

This morning we walked to the synagogue.  It is beautiful on the outside, but is missing the roof.  If you look carefully at the pictures above, you can see sunlight shining through the top of the synagogue.  There is no money to make repairs.  The Jewish community here will be gone soon if some changes are not made.  The sad news is that there are fewer and fewer Jewish people in Romania to maintain and restore the precious synagogues and cemeteries.  The good news is that many of the Jewish Romanians and emigrated to Israel.

Yesterday and today, Baruch spoke at a congregation here which is focused on reaching the world for the L-rd.  They not only have their congregation, but they also have a ministry to the seamen who come to port and a school to prepare people for missions work.

We had the pleasure of touring their facilities for the sailors and it was wonderful.  They want to provide the sailors with a place to relax, study the Bible, use the internet and catch up on news and with family.

The students from the mission school attended Baruch’s teachings and I saw them taking a lot of notes.  Many came up to us to say how much they appreciated the teaching and we were also able to speak to the head of the school to make her aware of Baruch’s videos with Romanian subtitles.  She is very excited about using them. 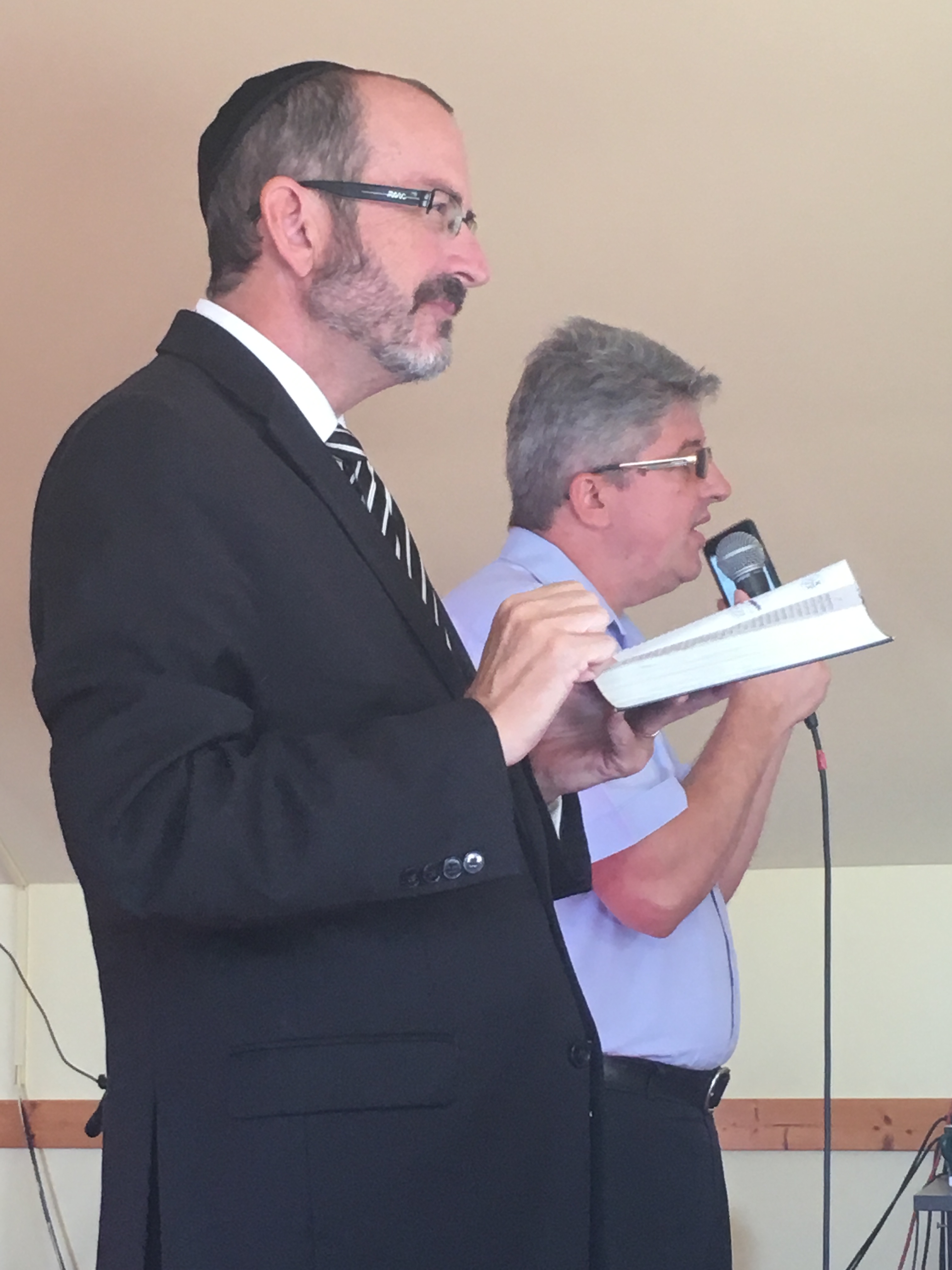 Baruch teaching and Florin translating, today at the service.

During this trip, we really saw a confirmation of prophecy.  The Jewish community which survived the Holocaust has mostly left Romania, with the majority going to Israel. We praise G-d for those who have returned to the land and pray for others to do likewise.