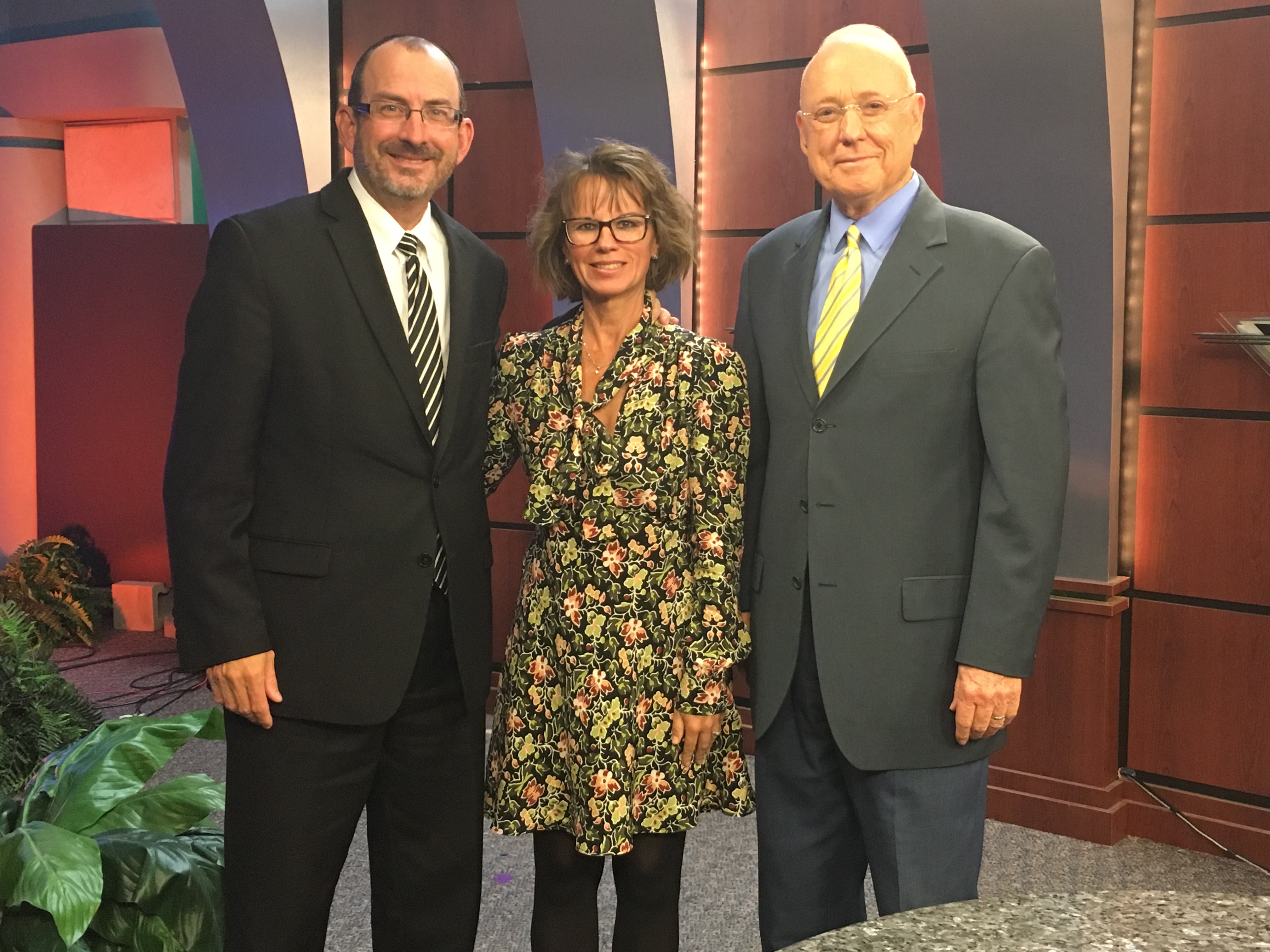 Baruch, myself, and Claud Bowers, owner of Superchannel 55 in Central Florida

Today Baruch and I arrived in Orlando.  We went to the studio at Superchannel 55, where Claud Bowers, the owner, interviewed Baruch for his talk show.  We are very blessed to have our television program aired there on Monday evenings at 7:30pm.

Baruch was interviewed about our work, prophecy, and our conference this weekend.  Mr. Bowers was very kind and went out of his way to promote our conference and gave a testimonial of his attending our conference last year.

They also touched on topics including the Septuagint, the state of Christianity, our lifestyle in Israel, and the coming one world government.  The point was made that a one world government and a strong America cannot coexist.  We are at a crossroads in the United States and we should be very concerned about the direction we are headed.

Mr. Bowers and his staff at the television station have been committing to a Fasting Friday, where they are committed to fasting and praying for the United States.

We look forward very much to the conference.  If you are planning to attend, leave a comment about what you are looking forward to most.  Blessings…

1 thought on “First Day in Orlando”