Today was a busy day.  We were able to visit 2 synagogues, the Jewish museum, the Jewish cemetery and some places which were monumental in the Iasi pogrom.  The Iasi pogrom was a series of pogroms launched by governmental forces under Ion Antonescu in Iasi against its Jewish population, resulting in the murder of at least 13,266 Jews.

During WW II, from 1940 to 1944, Romania was an ally of Nazi Germany and embraced its anti-Semitic policies.  According to a report commissioned by and accepted by the Romanian Government, the participation in the pogrom was widespread.  It included Iasi police, SSI agents, and some Romanian residents as well.  Neighbors, students, etc., participated.

On June 29, 1941, the first thousand victims died outside the police station (below).

More than 13,000 Jews were murdered during nine days in the early summer of 1941 in Romania: in Iaşi (Jassy) and in two death trains. This pogrom is one of the most thoroughly visually documented events of the Holocaust in that members of the Romanian intelligence services photographed the continuing massacre that they themselves were coordinating.

Here is a monument to the victims of the Iasi Pogrom.

Below is one of the synagogues still in use.  We were able to tour it and the museum next to it.

Below is the other synagogue (The Great Synagogue) which is currently closed for renovations. 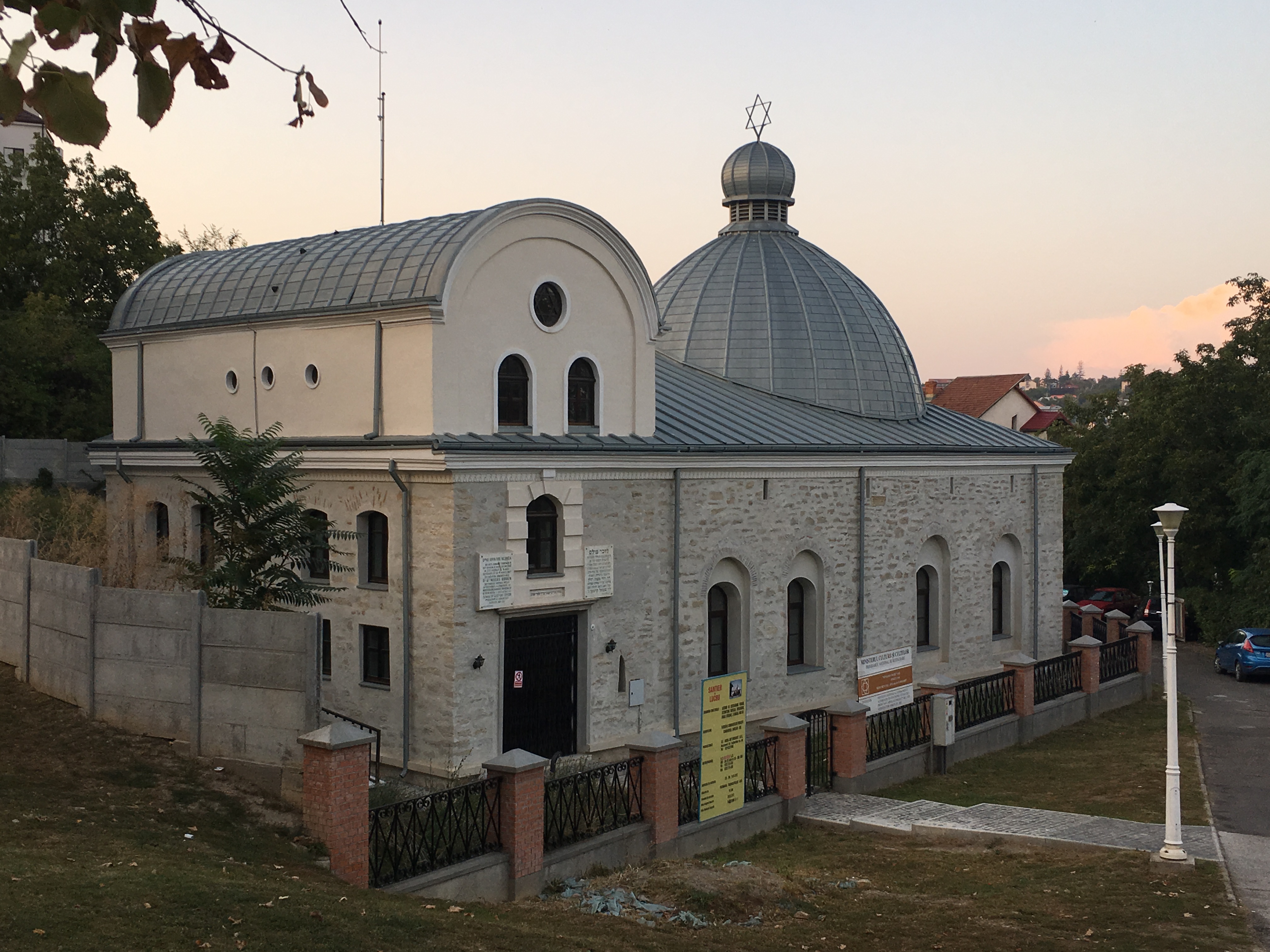 Finally, I wanted to share with you some pictures from the cemetery.  We were all amazed at the size of it.  It went on and on.

At the cemetery, there were 2 special monuments (pictured below); one for those killed in the 3 sadistic days’ torture where unspeakable atrocities were committed against the Jewish people. The second, for the discovery of a mass grave of 36 Jews: 15 men, 9 women and 12 children who were discovered in 2010 by a team of researchers from the Elie Wiesel National Institute. Their remains were found in the Vulturi forest, near Popricani township and brought to the Jewish Cemetery of Iasi.