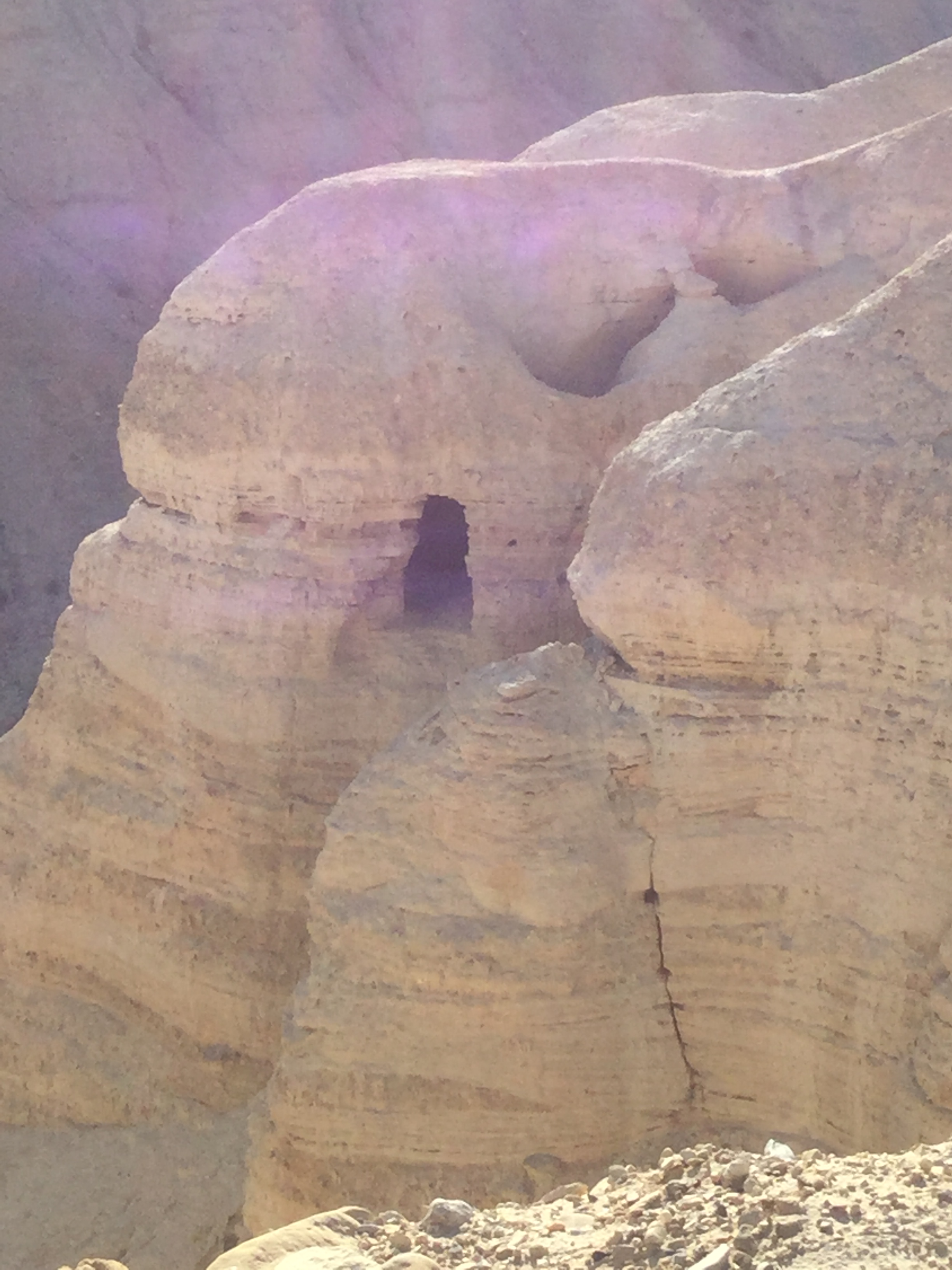 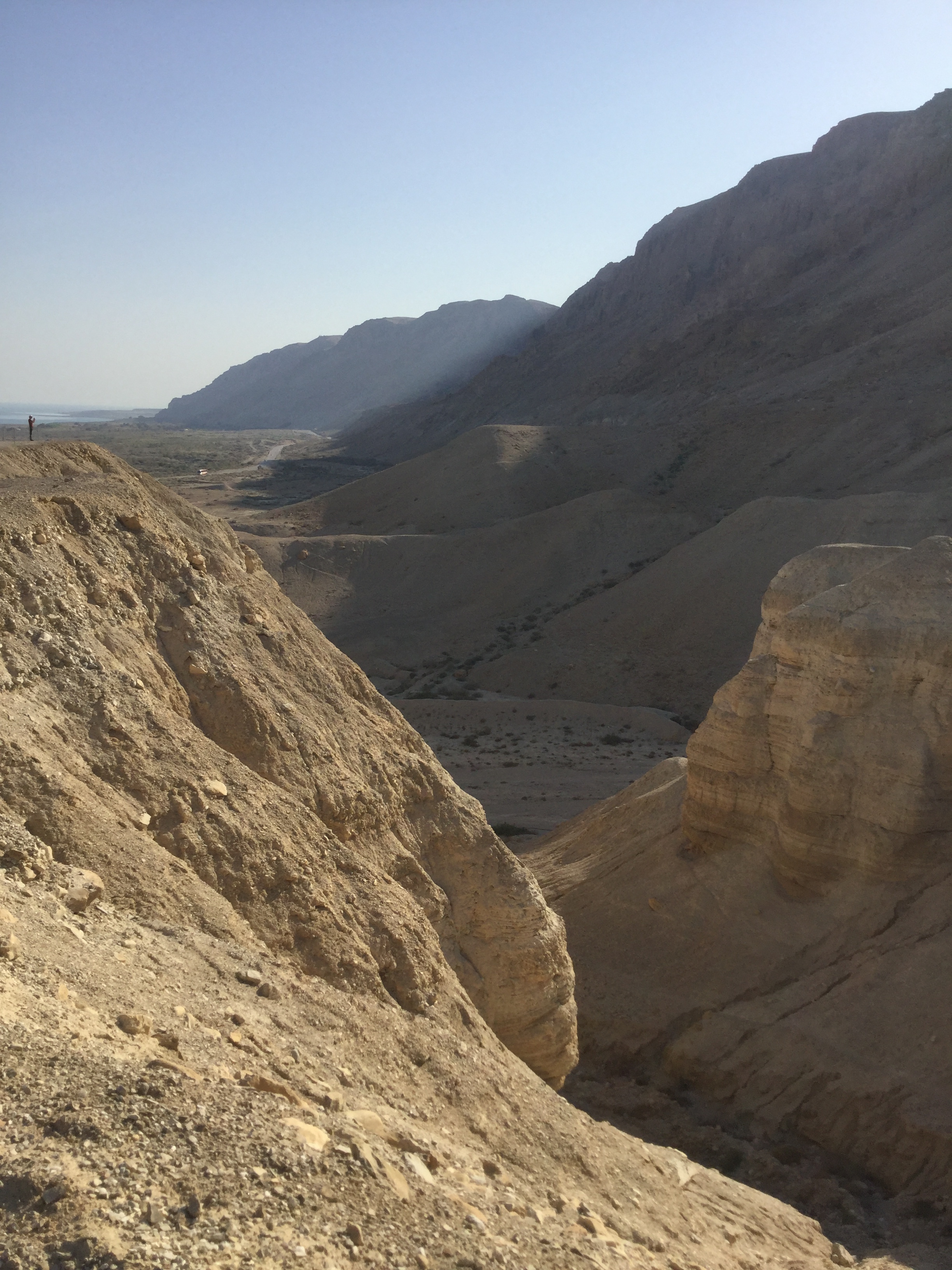 There are several caves in the desert around Qumran, and the Dead Sea Scrolls were discovered in 12 of them.  The discovery in the 12th cave occurred this year.  I don’t think they have released additional information about it yet.

On our way home, we saw a lot of scenes like this below: 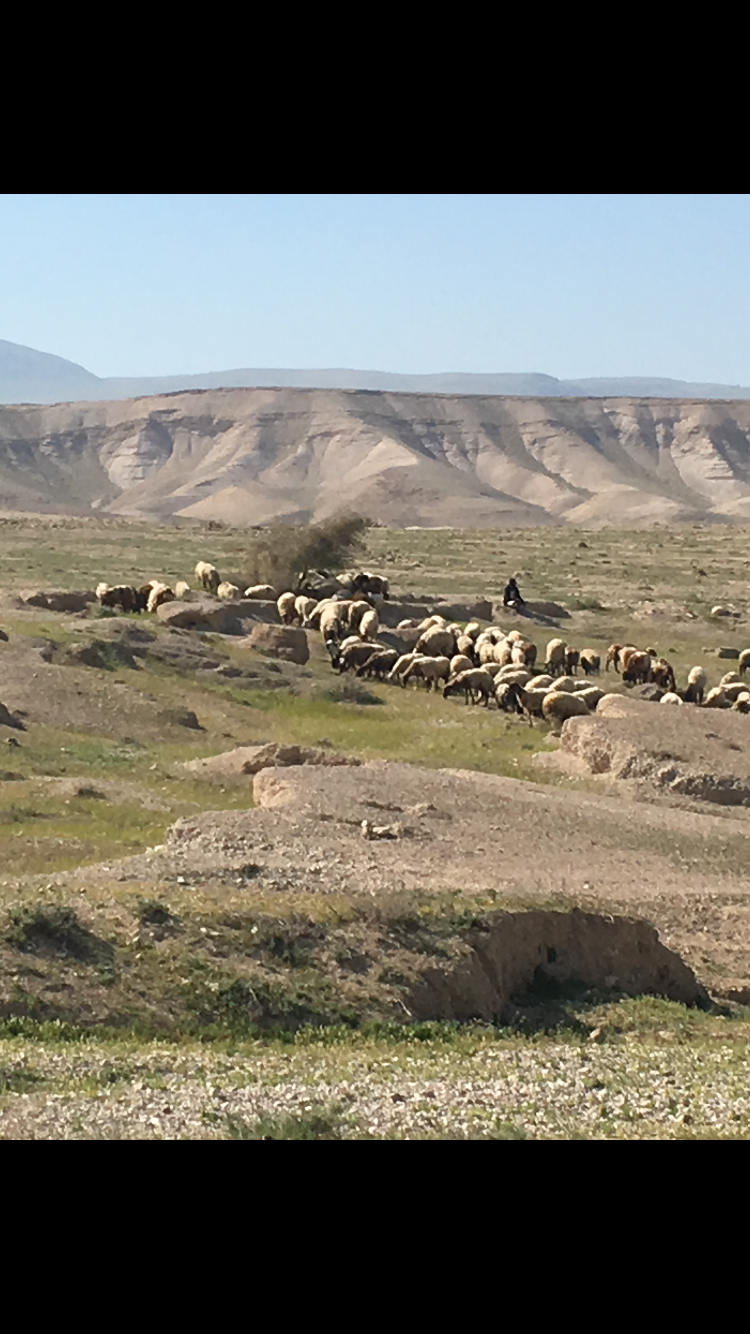 I never get tired of seeing the sheep!