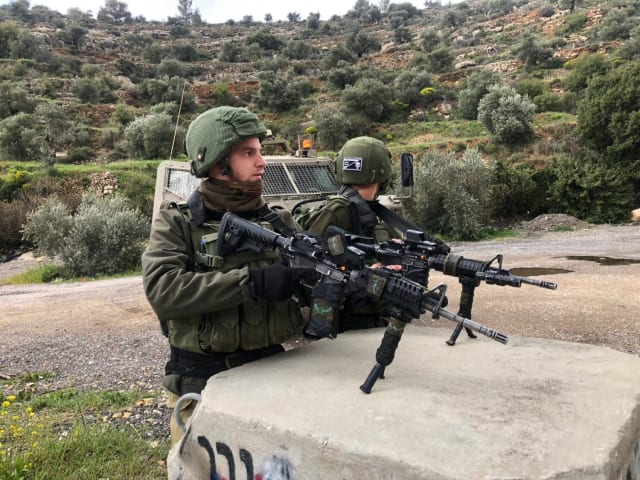 Photo from the IDF, published on the JPost.com.

There was a terrorist attack this morning just outside the city of Ariel, in Samaria.  One Israeli was killed and another is in critical condition.  It is my understanding that the one who was killed was an Israeli soldier.  The terrorist then stole the soldier’s weapon and shot others in the area.

There are now closures at the entrance to a few of the Palestinian towns in the area to try to find the terrorists and protect the Jewish inhabitants in the area.

Unfortunately, there are elections coming up, so all of the candidates are using this for political leverage.  But, the reality is we (Israel) have enemies all around us and no amount of negotiations or compromises is going to change it.  Evil will only be happy with Israel’s destruction.

Today I am traveling from Stockholm to Illinois!  It will take me about 24 hours from the time I got up this morning to get there.  Baruch is still doing some speaking in Sweden today.  He will catch up with me in Dallas.  I just spoke with him and his speaking at the Church workers’ conference went well.  It was a quite large conference.