This has been the longest I’ve gone without posting for quite some time.  My apologies!  Thankfully, I am a very healthy person and both Baruch and I have adapted well to long haul travels.  Unfortunately, this trip was not my healthiest and I did not post as much as I had hoped.

The first leg of our trip went very well.  We have found some favour there, which I cannot elaborate on, but we appreciate your prayers so very much.

Our second stop was in Singapore.  As you can see from the photos above, Singapore is an extremely modern, lovely city.  Christianity only comprises about 18% of the population, but I was pleased to see a quote from Romans 12:12 displayed on the side of a building.

The students in Singapore are more advanced than some of the other countries and we are excited to be a part of their education.  Baruch taught 3 evenings, the first night for 4 hours and the other two nights for 3 hours each.  They tape the sessions and also hand out a very detailed syllabus, which Baruch writes.  He also writes the final exam, which is administered by the school.  We do not handle any of the grading, etc.

While there, we were able to meet with the director and leaders of the school.  We received an update on the sensitive areas in Asia and how things are changing quickly.  The time is truly short! 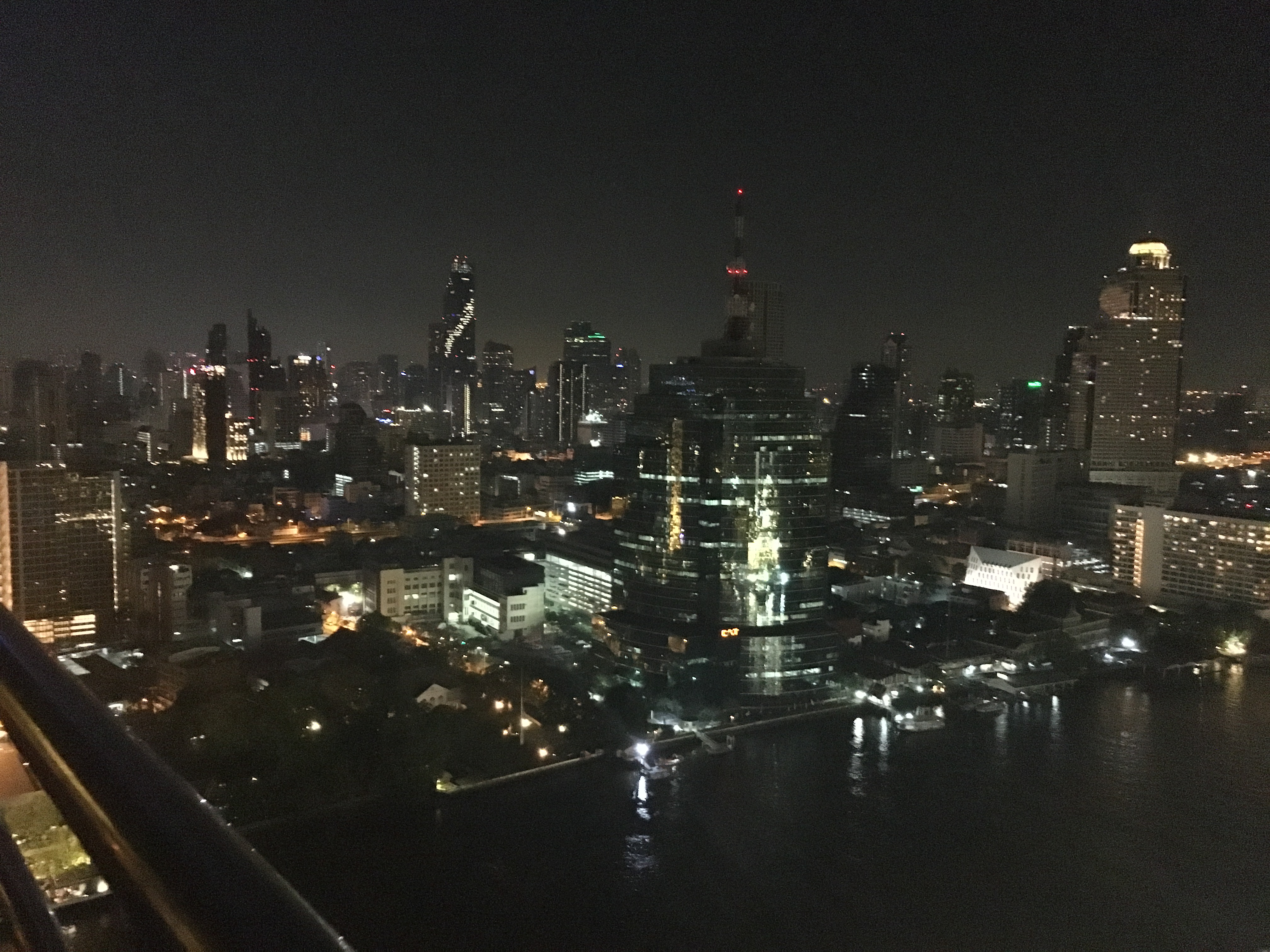 Due to our connections, we spent one night in Bangkok.  This proved to be a blessing, as I was not feeling very well and the little break before the next 11 hour flight helped a great deal.

We also took the time to learn about Thailand, as there are more branches of the college there.  They are very anxious for Baruch to also teach a course.  I cannot tell you the feeling of being in such a large city (over 8 million people) which is, for the most part, totally lost and in bondage to idolatry.  I know that many people around the world have their idols (money, fame, etc.) for which they devote their lives, but to see people praying to a Buddha statue or giving offerings of food and flowers, is just a whole other experience.

As you can see from the pictures, Bangkok a large city, filled with idolatry, with a large segment of the population living in wooden homes which were falling apart.  But I must say, everyone was extremely nice to us.  We look forward to Baruch’s teaching being a part of the college here.