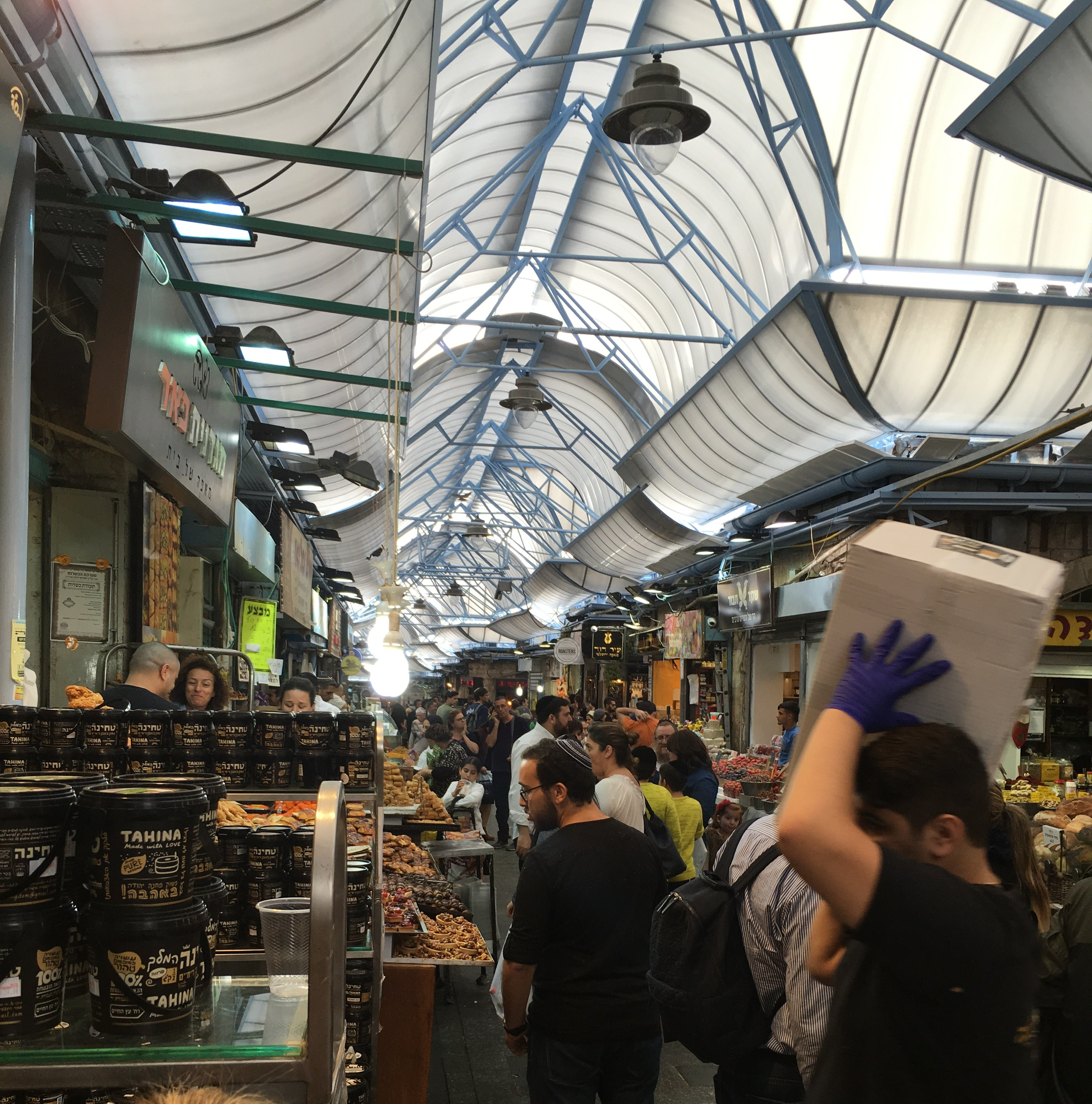 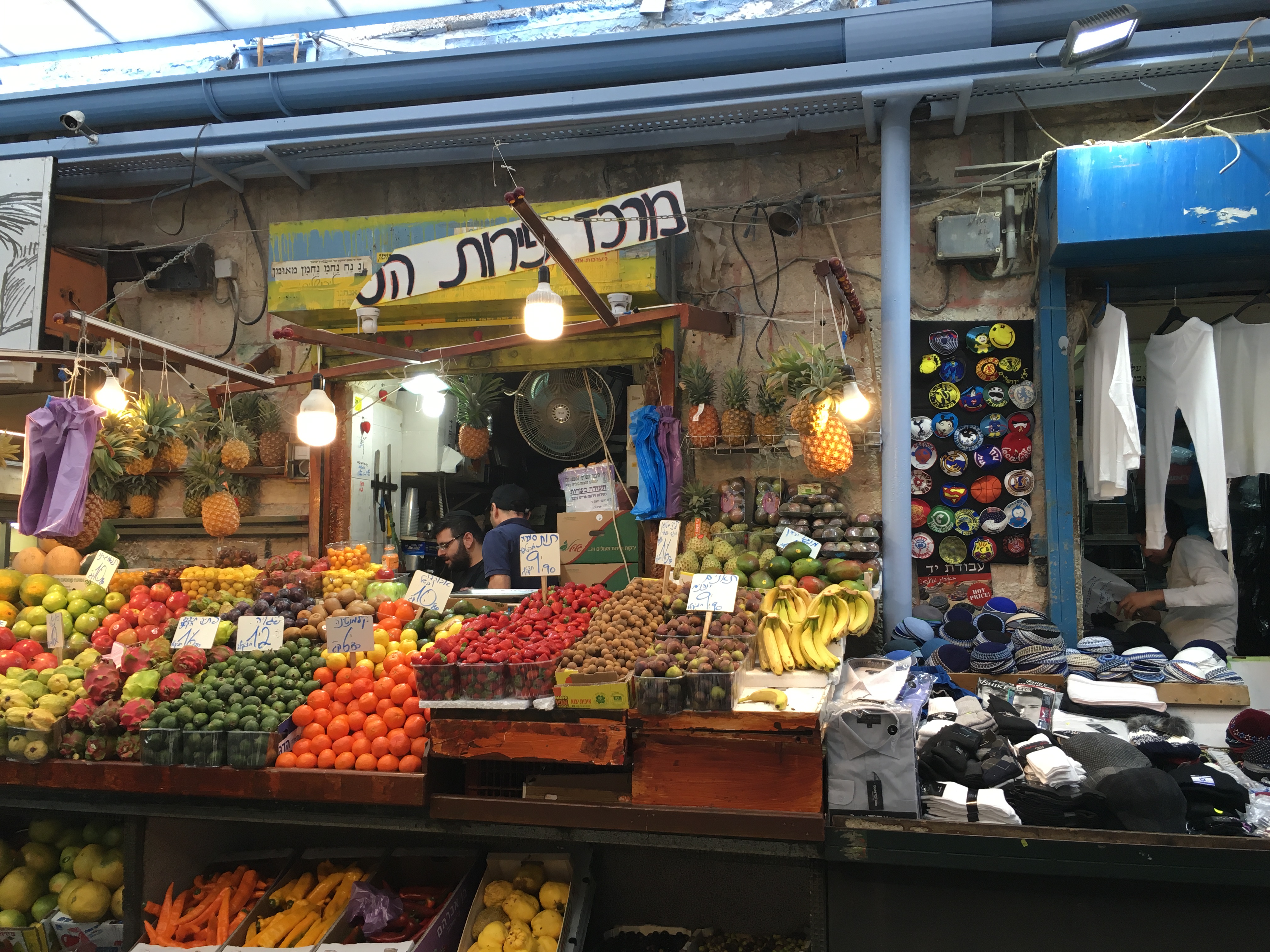 In the shuk,  Machane Yehuda, in Jerusalem, yesterday.

Yesterday Baruch and I went to Jerusalem, where he had a meeting and then we met with our Hebrew video editor.  We then took her out to lunch at the shuk.  I did not realize how many cute restaurants are now in the shuk, and many of them are kosher.  This one was a Lebanese restaurant and the food was excellent. 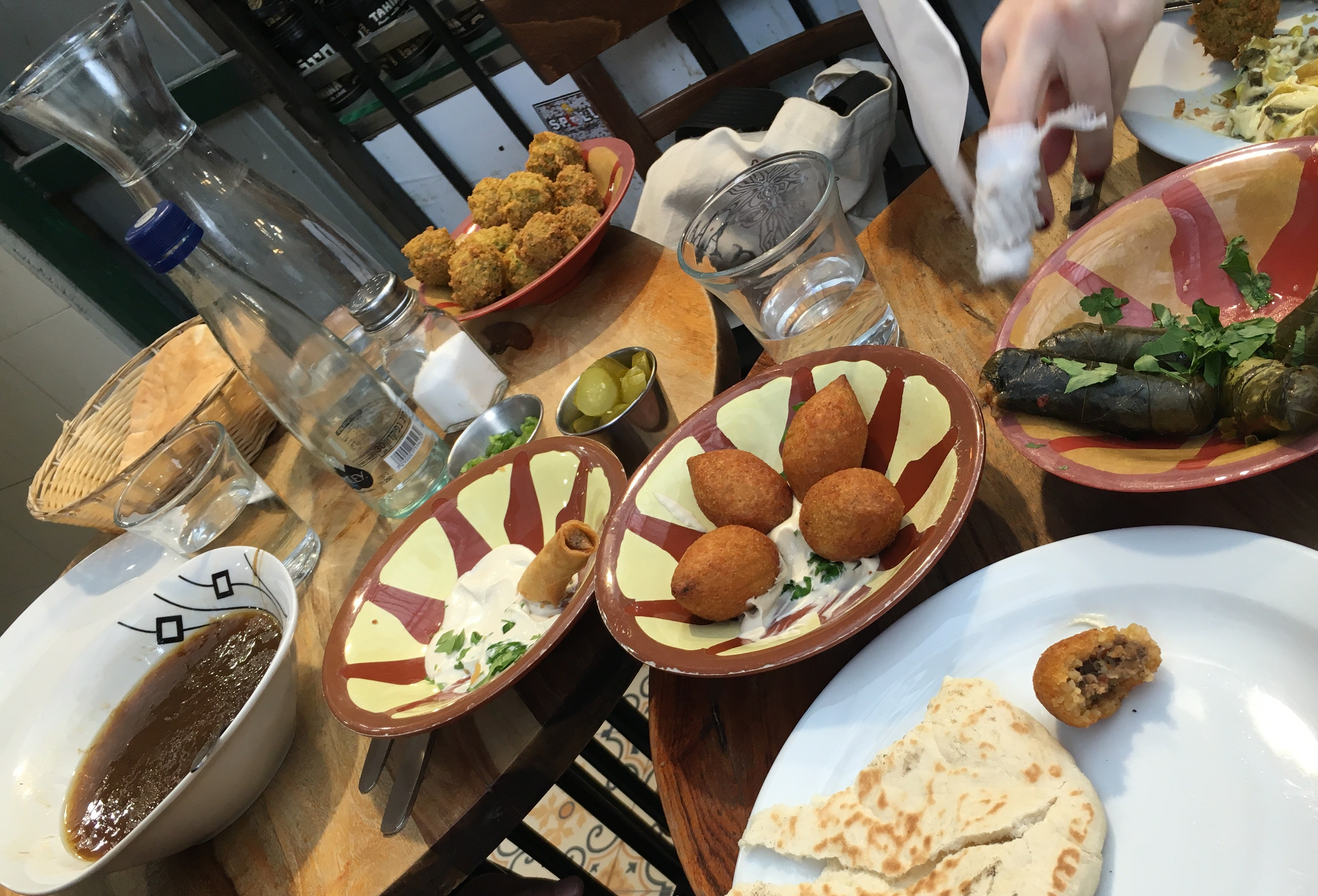 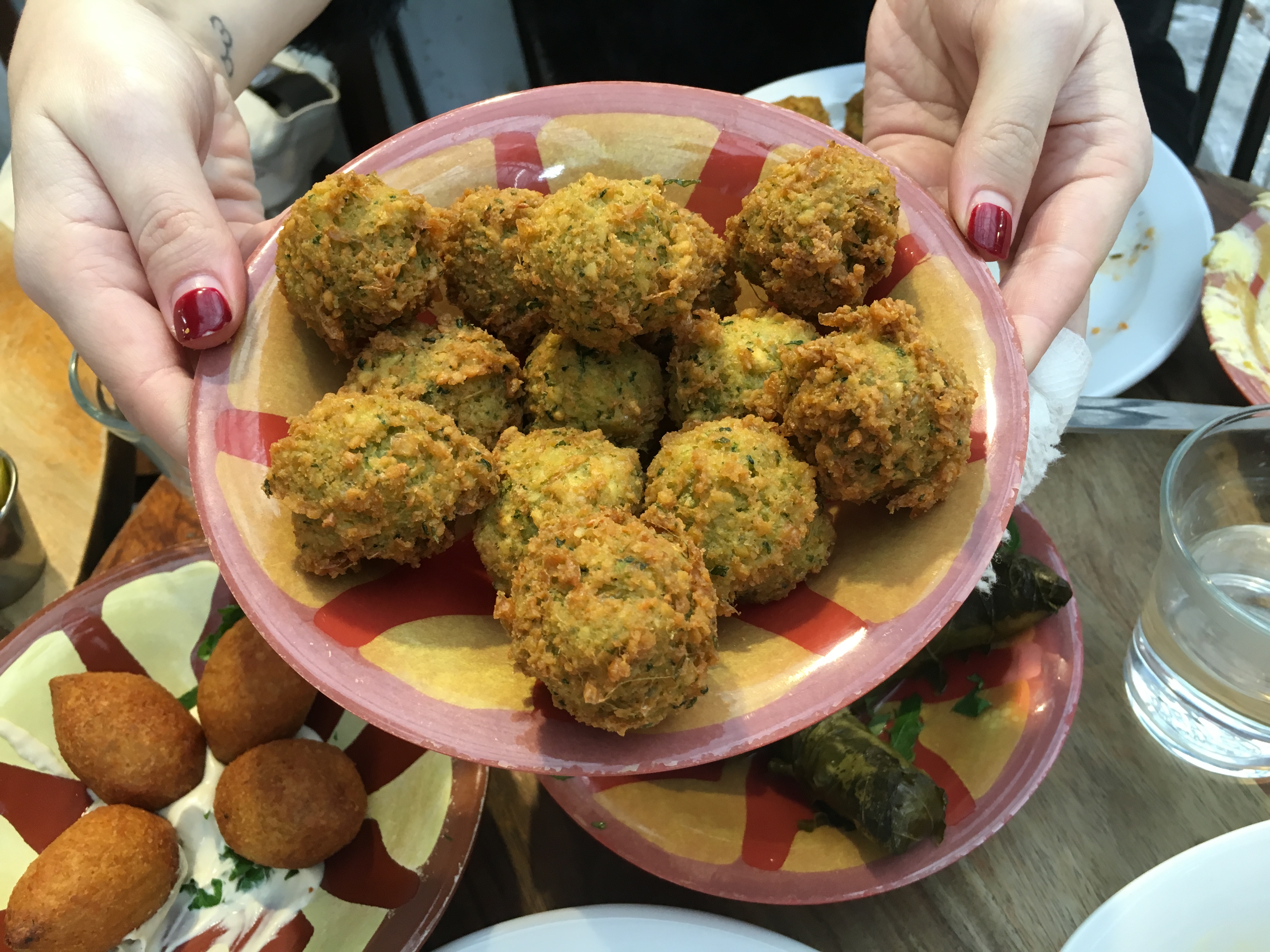 We have been blessed with excellent weather here.  The daily highs have been around 70 degrees F.  Now is the time we must pray for rain.  With warm temperatures and a lack of rain, Israel will find herself in drought problems like she has in the past.  We begin praying for rain on Shemini Atzeret.

I wanted to just briefly comment about President Trump’s decision to recognize Jerusalem as Israel’s capital.  At the United Nations, there was a vote which would have required Trump to rescind his declaration on Jerusalem as Israel’s capital and not move the U.S. Embassy there.  That resolution was highly supported, but the U.S. veto killed it.  The UN does not and should not have the authority to override the President of the United States on his policies!

The Palestinians then sought a General Assembly vote to condemn the United States declaration.  That passed by support of 128 nations.  We need to pray for Nikki Haley, who is doing a great job at the United Nations.