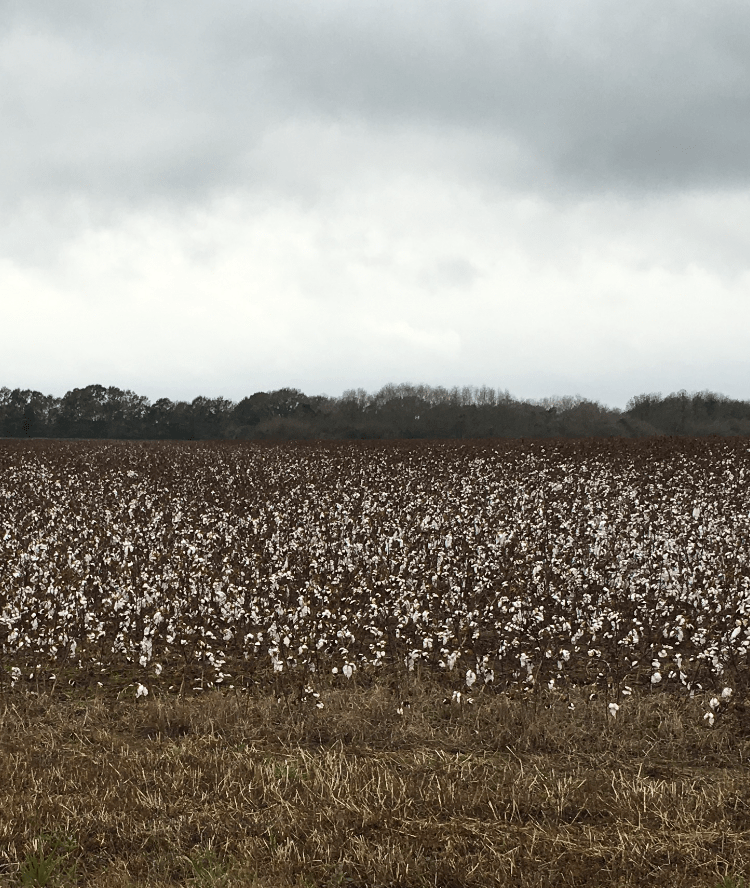 Cotton in the Panhandle of Florida.

Yesterday, Baruch and I had the pleasure of spending the day with Tom and Jane.  Tom ministers in a mens maximum security prison in the Panhandle of Florida and also makes DVDs of Baruch’s videos that the prisoners can watch (they do not have access to internet, etc.).  Tom ministers 3 days/week and has done so for over 20 years.  We feel blessed that he wants to partner with us to share sound Bible teaching with prisoners, who are often forgotten by society.  Tom and Jane do all of this work, including all of the DVD production, at their own expense.

Tom arranged for Baruch to speak twice yesterday, once at the maximum security prison and once at a prison work camp nearby.  That morning, due to some problems, the prison was placed on lockdown and normally Baruch’s visit would never have been allowed.  However, through G-d’s intervention, the meeting was allowed to take place and there were about 100 prisoners who attended.  The second meeting was in the evening and even more men came to that session.

I asked Baruch what was his thoughts about this experience. He remarked how attentive and serious these individuals were about studying the Bible. Most took notes and had their Bibles with them. The sessions were well over an hour each and the vast majority listened carefully. After the first session there was an opportunity to asks questions.  A controversial subject was raised and Baruch was impressed with how these men debated with each other so respectfully.  Pray for these men.  Yes, these men acted wrongly,  but Yeshua commanded us to visit those in prison and we must also remember that many of them are fellow believers.

In the afternoon we had a great time of fellowship with a messianic leader and his wife and Tom and Jane.

We also discussed producing DVDs for Home Groups.  We know that more and more people are seeking places to get deeper into the Word and some are choosing to begin Home Groups.  We are beginning to discuss this now.