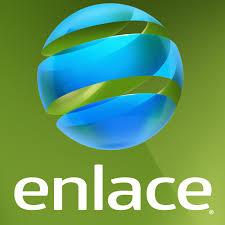 We are happy to announce that our television program is being broadcast on Enlace, the Spanish television branch of TBN!  We are thankful for our Spanish expansion team which has been working diligently under the leadership of our Spanish Team Leader, Jose Rivera and his wife Carrie.  We appreciate them and their dedication to the spreading of G-d’s Word to the Spanish speaking people of the world.  Einstein Guzman is the voice in Spanish.  He is also the liaison between LoveIsrael.org and Enlace and produces the program for Spanish.

I recently asked Jose to write something about this journey and here is what he said:

It was wonderful for us to sit in front of our TV set which was tuned to Enlace in the local Atlanta area.  We use an outdoor digital antenna to receive Over-the-Air TV stations.  At 1230 hours (UTC-5), we heard a familiar melodious tune coming from the TV speakers and knew instantly what it was. It was the introduction to the LoveIsrael.org program and now it was debuting on Enlace as Amarás a Israel, a Spanish dubbed version of the English broadcasts.

Carrie and I waited patiently to see which set of videos would make the Amarás a Israel debut on Enlace.  We were joyfully surprised to hear it was the teaching on the Gospel of John.  This is a great series to start the Spanish broadcasts because it is a beloved book and because almost everyone enjoys reading the Gospel of John and using it for evangelizing.

We are praying that the L-rd use these broadcasts to touch the hearts of many Spanish listeners.  We know it is the best Bible teaching program on Enlace and we believe that Amarás a Israel will soon become one of the favorite programs on the Enlace network. May Adonai be blessed and receives all the glory for what He will do in the Spanish speaking world.  Love and blessings!      ~Carrie and José

We now have in place our Spanish Website in addition to these broadcasts.  These air on Enlace at 12:30 pm (EDT U.S.) which is 10:30 am Costa Rica time, etc. on FRIDAYS AND SATURDAYS AT 4:00 PM EDT. Please share this with your Spanish-speaking friends.