The amphitheater in Bet She’an.

We made a brief stop at Kursi first thing in the morning.  I did not take a photo, but we heard from Baruch about this site of the “Miracle of the Swine”, where Yeshua healed the man possessed by demons by driving these into a herd of pigs (Mark 5:1-20, Matthew 8:28-34, Luke 8:26-39).

We then continued south to Bet She’an. Bet She’an is a city in the Northern District of Israel which has played an important role in history due to its geographical location at the junction of the Jordan River Valley and the Jezreel Valley.  In the Biblical account of the battle of the Israelites against the Philistines on Mount Gilboa, the bodies of King Saul and three of his sons were hung on the walls of Beit She’an (see I Samuel 31:10-12).   In Roman times, Beit She’an was the leading city of the Decapolis.  There is a modern Bet She’an surrounding the archeological site.

After Bet She’an, we continued south along the Jordan Valley, to a more accurate place where the immersions John performed took place.  On the Israel side of the Jordan, there are always a couple of soldiers and Jordanian soldiers on the Jordanian side.  It is a laid-back, peaceful experience on both sides and I am not aware of there ever being a problem.

Our group had many rededication baptisms and one first-time baptism.  It was a blessing for those being baptised and for those who witnessed the event.

From the site, we were able to see ancient land of Moab.

The ancient land of Moab is in the background.

Our last stop of the day was a very breathtaking overlook in the Judean Desert.  Everyone enjoyed the unique view. 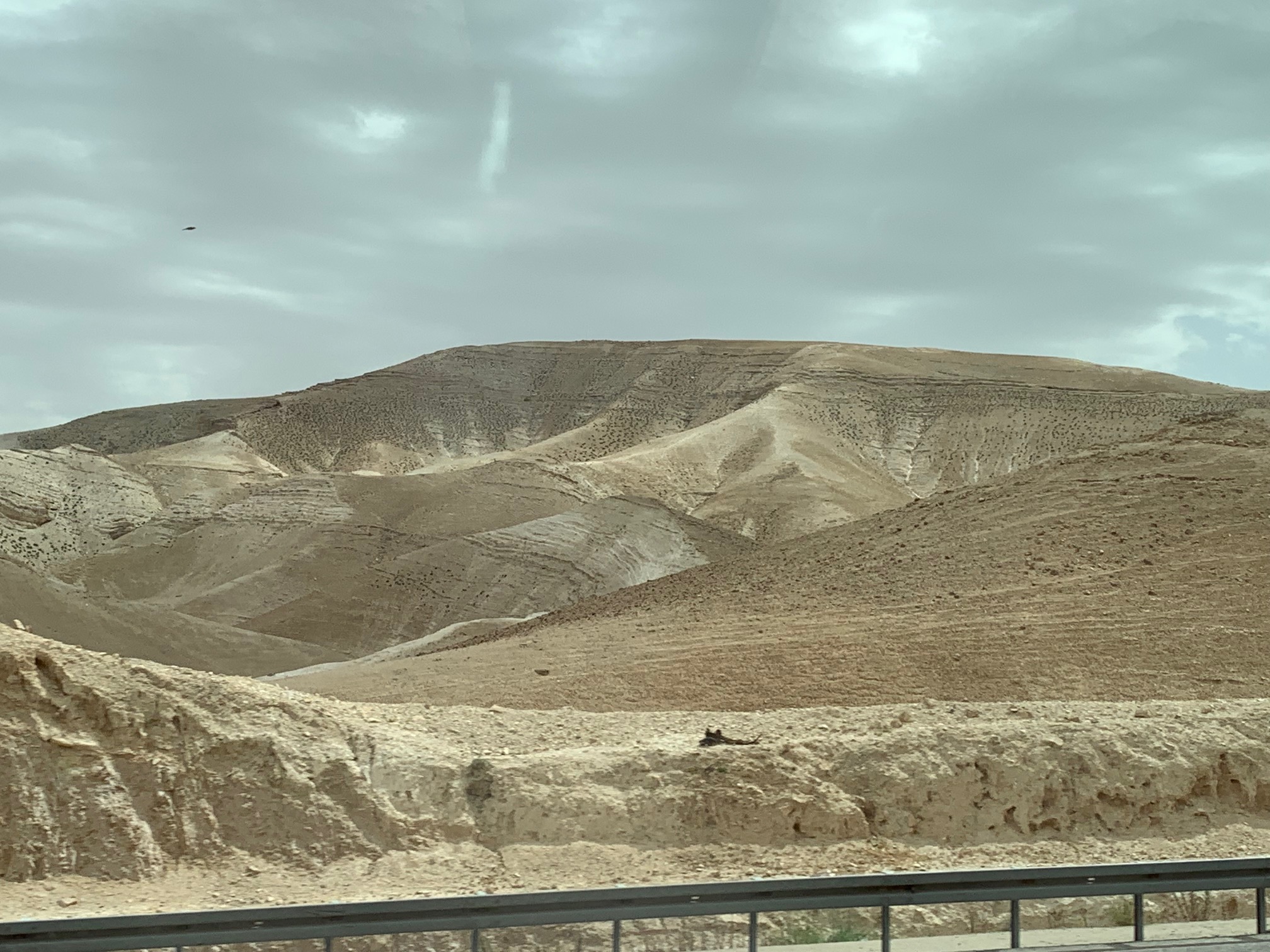 We then headed toward Jerusalem.  As we entered the city, Ezra our bus driver, played the song “The Holy City.”  There were many people crying as they heard the words and saw the city of Jerusalem for the very first time!  The entire group is very excited to see this wonderful city!