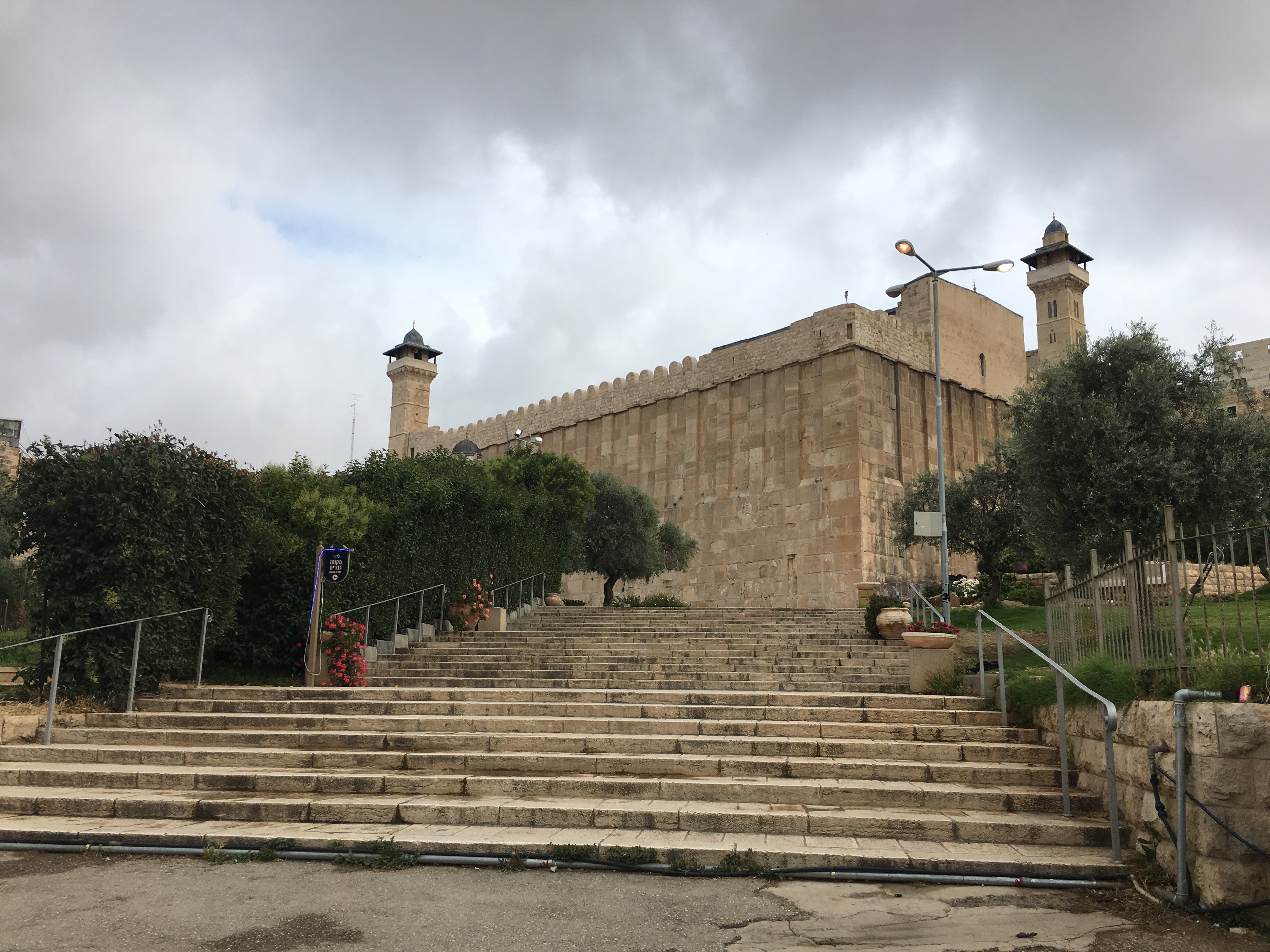 Ma’arat HaMachpela (Tomb of the Patriarchs).

Happy Mother’s Day!  What a fitting day to go to the tombs of the Patriarchs and Matriarchs!

It is amazing that 4,000 years ago Abraham purchased this site and adjacent plain for 400 silver shekels.

Hebron is a city of 300,000 – 500,000 Palestinians and about 700 Jewish people.  A strong army presence must be maintained to protect the Jewish community.  In the past there have been massacres of Jewish citizens.

Baruch encountered an Orthodox Jewish man who engaged him in conversation.  The man was very nice and they had a good discussion.  The man wanted to speak to our group and tell them about the belief in Judaism which teaches that Gentiles should follow the 7 Noahide laws. These are:

1 Not to worship idols.

3 To establish courts of justice.

4 Not to commit murder.

5 Not to commit adultery or sexual immorality.

7 Not to eat flesh torn from a living animal.

We do not believe that there is a distinction between Jew and Gentile for obeying the Word of G-d.  G-d gave these laws to the Jewish people to teach to the Gentiles, which we failed to do.

Men praying.  The one on the right was in front of Abraham’s tomb.

We then headed to Kever Rachel (Rachel’s tomb) in Bethlehem.  While Israeli citizens cannot go to Bethlehem, this is located in a place where we are able to go.

Good security is necessary at this site.  The very high wall is to keep rocks and other objects from hitting us. 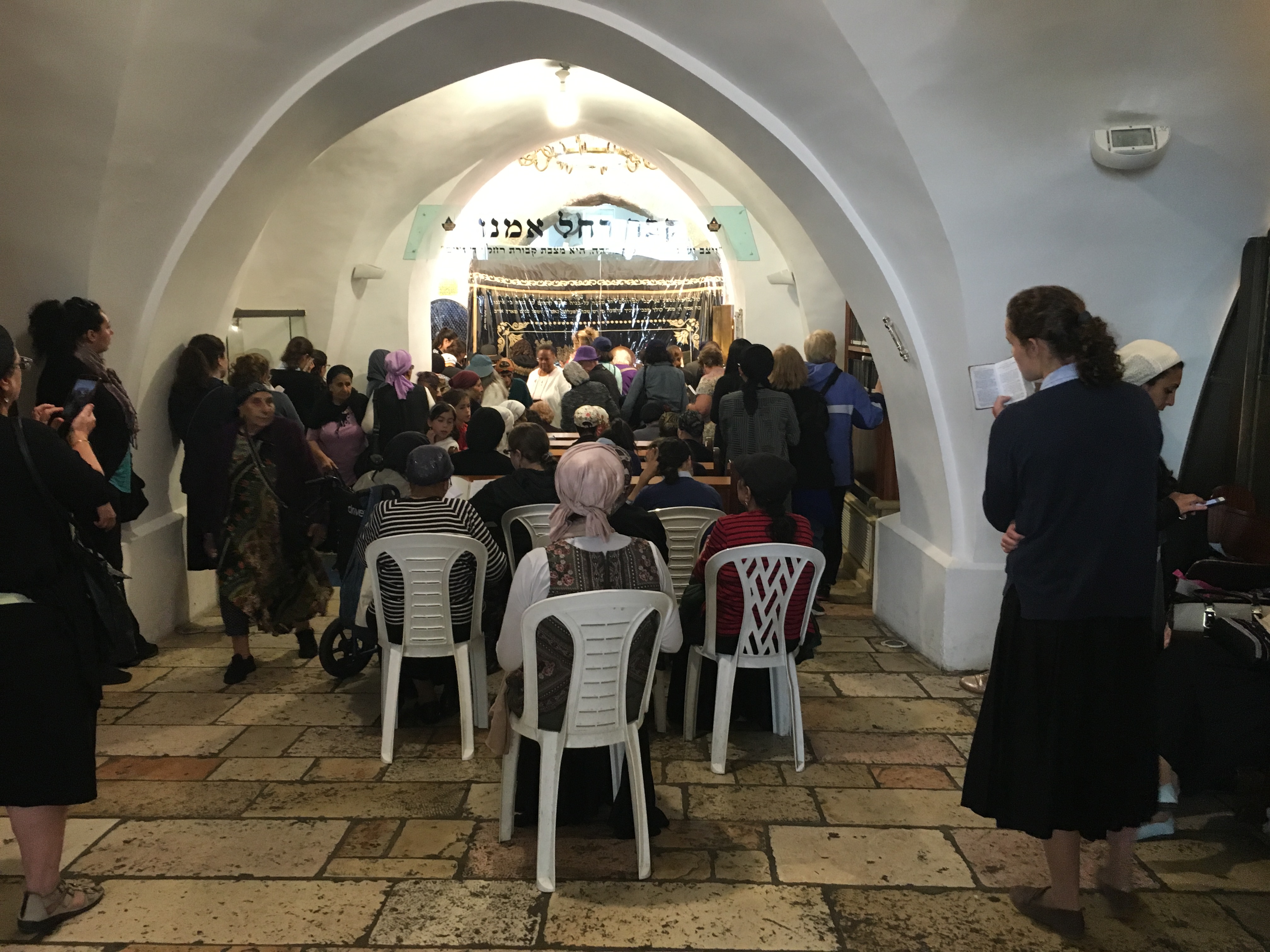 Inside the women’s section at Rachel’s tomb.

Our final stop of the day was the Western Wall tunnel.  This tunnel runs the full length of the Western Wall.  We even passed the area where, on the other side of it, is the Holy of Holies. 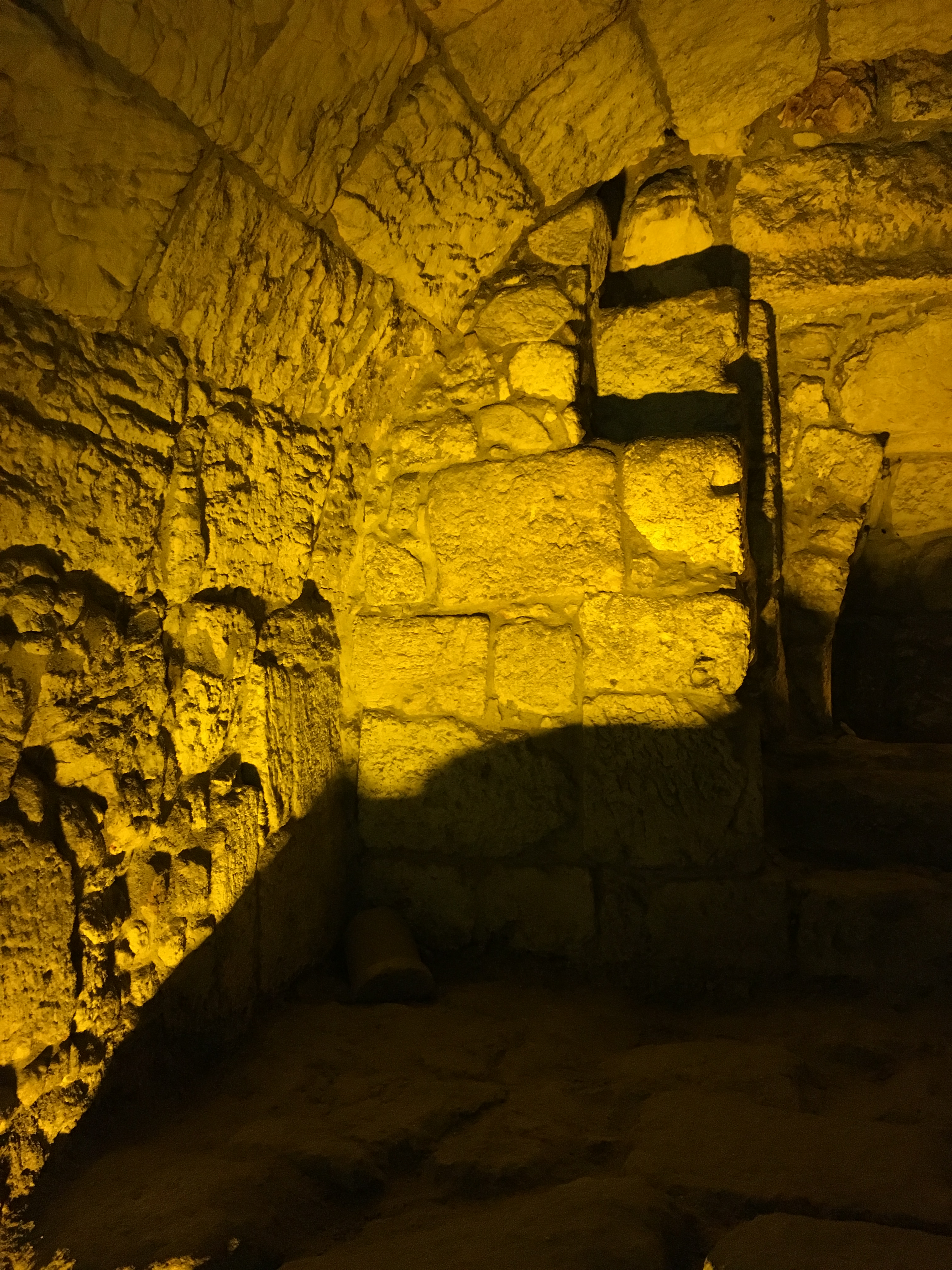 This was a great day to end in the Old City, as it was Yom Yerushalaim (Jerusalem Day).  Jerusalem was unified 51 years ago.  The crowd was huge and our guide Naftali did an excellent job leading us back outside the walls and to our bus. 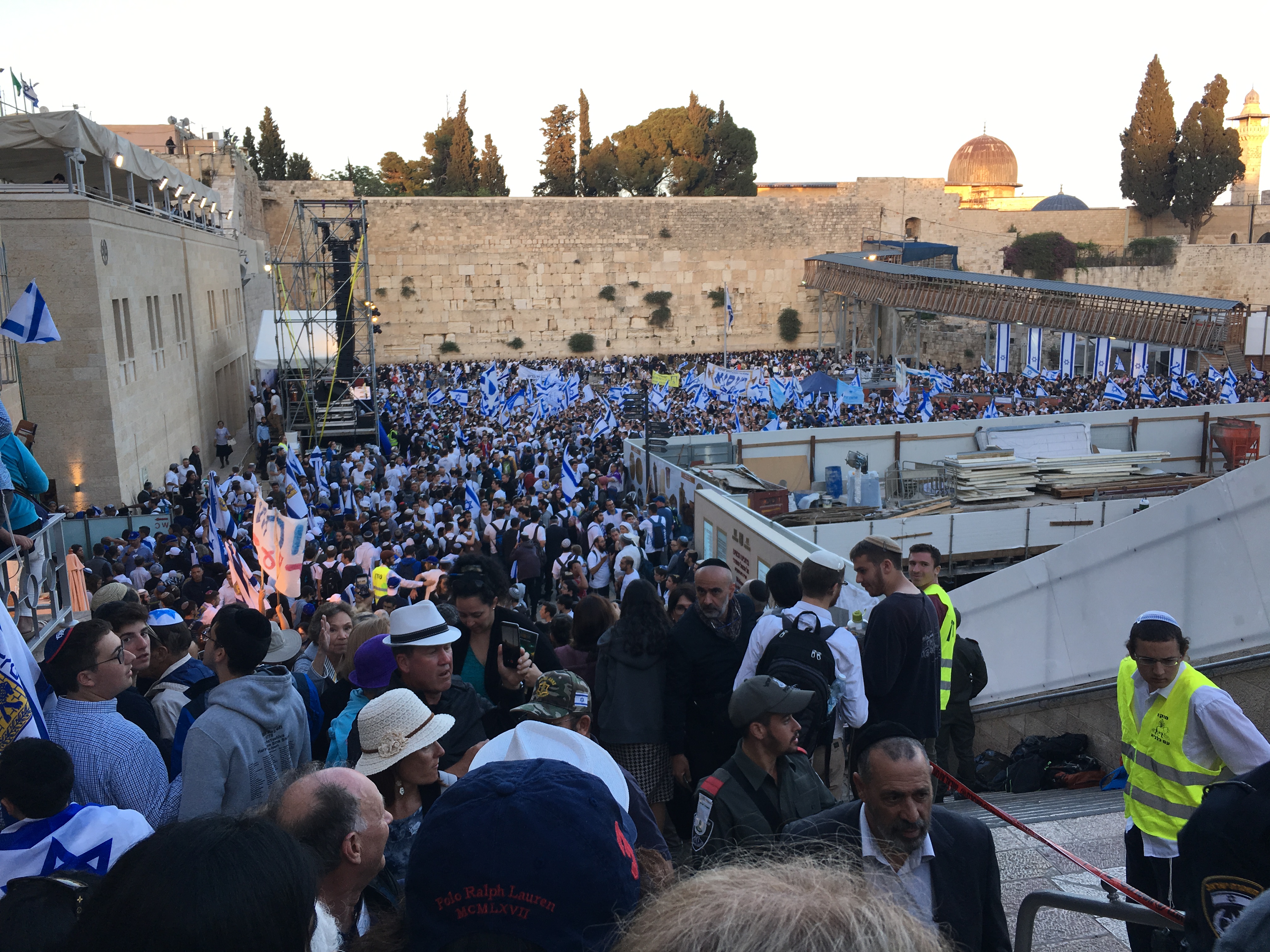