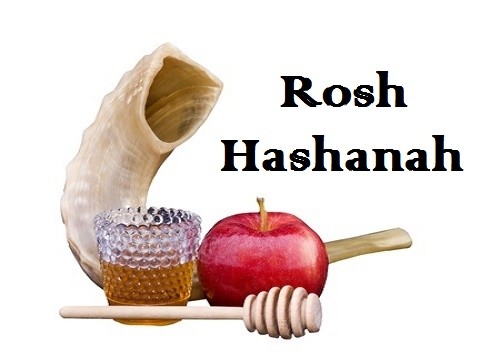 Please find below the new article Baruch just wrote about the Biblical Fall Holidays.  We hope this enhances your holiday season!

When Yeshua came to earth the first time, the most significant events of His ministry took place on the Biblical Spring Festivals. This fact has led many to assume that the major events in regard to His Second Coming will happen on the Festival days in the Fall. It is my opinion that the Fall Festivals assist one in understanding what Yeshua will do when He returns, but not necessarily that key events, such as the Rapture, must take place on  a particular Festival day.

In this article, the basic message of the Biblical Fall Festivals will be presented. These Festivals are The Day of Trumpet, The Day of Atonement, The Feast of Tabernacles, and The Eighth Day Assembly. In the Scripture, these Festivals are also known as the Appointed Days of the L-rd מועדי יהוה. It is interesting to know that the Hebrew word translated as “appointed” comes from a Hebrew root which means destination. This means that these festivals assist one in arriving at the Spiritual condition that our L-rd desires for HIs people. This is true not only for the Fall Festivals, but about all the Festivals mentioned in the Scripture.

The first Festival that will be discussed is the Day of Trumpet יום תרועה או זכרון תרועה. If one pays close attention to the actual name of the Holiday, the word Trumpet does not appear in the Biblical text. The word is תרועה, which relates to the sounding of a Trumpet. The Trumpet in question is the Ram’s horn, i.e. the Shofar. Although the Shofar is mentioned several times in the Bible, the intent of this Festival can only be inferred from the Scriptures. Jewish tradition actually assists greatly in providing an understanding for this special day. According to the Biblical text, this Festival is only one day. Judaism observes two days. Based upon the passage of Scripture that is read in the Synagogue on the Day of Trumpet (Genesis Chapter 22), one is able to derive that the primary message of this Festival is G-d’s provision for His people. In other words, when one hears the sounding of the shofar, he should remember what G-d has provided for His people in order for them to have victory.

How is this derived from Genesis Chapter 22? This is of course the passage where the L-rd commands Abraham to offer up Isaac as a burnt offering. In the end, G-d provides a substitute for Isaac. This provision of a substitute meant that Isaac did not die, but lived. Hence, when one hears the sounding of the shofar, he is to remember this provision which gave life. I mentioned the concept of victory in the previous paragraph. This is because at the end of this event, G-d blessed Abraham abundantly and it is said the the Seed of Abraham will possess (or inherit) the gate of the enemy (see Genesis 22:17). The phrase “to possess the gate of your enemy” is a Hebrew idiom that relates to victory.

In this article, I am purposely not commenting on the fact that this Festival is known as Rosh HaShanah today. I have spoken to this issue in other previous articles.

The Feast of Trumpet should cause the people of G-d to think of Whom He has provided for our victory, i.e. Messiah Yeshua. In fact, all of the Appointed Times, when properly understood, point to Yeshua. This is why believers should study the Festivals and observe them in some manner. It is also significant that not only the Feast of Trumpet, but all the Fall Festivals, are in the seventh month. The number seven relates to holiness in the Scriptures. There is an inherent relationship between the concept of holiness and the purposes of G-d. Therefore, Yeshua is foundational for an individual to live in a manner that fulfills the purposes of G-d. One can understand this to mean that true victory in a believer’s life is when he or she fulfills the purposes of G-d. The fact that the Festival of Trumpet is on the first day of the seventh month also conveys significance. The first day of every month is called the New Moon festival. The Moon figures significantly in the Bible, whereas in many pagan religions it is the Sun that holds a predominant position. What is the reason for the emphasis on the Moon? The Moon is not a source of light on its own, but only reflects the light it receives. In a similar manner, the people of G-d are not a source of light (G-d’s glory), but we are certainly called to reflect His glory.

It can also be said that there is a connection between the Day of Trumpet and new beginnings. The first day of every month begins a new cycle of the Moon. One aspect of the New Moon is an invitation to repent and forget one’s spiritual failures and begin afresh  with G-d.

On the tenth day of the seventh month, the High Priest would perform several sacrifices and rituals in order to obtain for the people atonement for their sins. Foundational to this Festival is the necessity for one’s sins to be dealt with in a specific manner which the L-rd determines, and not humanity. Related to this is the fact that G-d also defines what is sin. The message of the Festival is most disturbing to those who do not want to submit to G-d. This is because human nature is intrinsically tied to sin. Although the High Priest did all the work, there was one component required from the people. On the Day of Atonement, the people were commanded to afflict their souls. Traditionally, Judaism has understood this phrase as referring to fasting. Within the context of the Day of Atonement, this fasting is accompanied with confession of sin and repentance. In other words, the Day of Atonement involved a change in the condition of one’s heart. This aspect also relates strongly to a proper response to the Gospel.

In a most similar manner, Yeshua (Our Great High Priest) does all the work of redemption, which brings about the remission of sins. However, for His work to have an effectual outcome in a person’s life, he or she must receive it as the Children of Israel received the Atonement which was made available on the Day of Atonement. This involves confession of one’s sins, a desire to turn away from sin and an acceptance of His work by faith. The first two of these are easy to understand, but what does an acceptance of His work by faith actually mean? One must believe that Yeshua’s death is the payment for sin and that His blood is the element necessary in G-d’s system of justice which brings about a redemptive experience for the believer. The purpose of this article is not to define fully the concept of redemption, but a few statements are necessary.

There is a relationship between atonement and redemption, but one must never confuse them as synonyms. Atonement is simply a covering for sin. The outcome of atonement is that it keeps G-d’s judgement of sin at a distance (or delays this judgement), but does not remove the need for judgement. Redemption is far more superior because it removes the sin before G-d and therefore there is no longer a need for judgement from G-d. Please note that redemption of sin does not remove earthly consequences of sin.

The Festival of Tabernacles (Sukkot) סוכות

The Festival of Tabernacles is seven days. The first day is treated as a Shabbat. Both the Day of Trumpet and the Day of Atonement are only one day each and similarly treated as Shabbats. In previous articles for the High Holidays, I have written on the basic message of the Festival of Tabernacles, which is dependance upon G-d. Another important dimension of this Festival is the temporal. What is meant by this and how does the Festival of Tabernacles express this? During these seven days, one is commanded to dwell in small huts or tent-like structures. Obviously these structures are not permanent habitations, but only intended to be for the short term. The message to the one who observes the Festival is that his or her time here in this world is very temporal. Hence, a person should always live with the mindset that this life ends quickly and that which is eternal begins. The Festival of Tabernacles strongly urges people to live in this world in preparation for the eternal. This issue touches on a theological issue that has unfortunately resurfaced recently in popularity.

There are those who wrongly understand the significance and implications of the fact that as believers in Messiah Yeshua, we are given eternal life. The improper understanding is that only believers experience eternity and non-believers simply cease to be after they are consumed in hell. In other words, they reject the idea of an eternal and on-going punishment. They do not deny a punishment after death for those who reject the Gospel, but only that this punishment will end and the person will simply no longer exist and therefore will not have any awareness of anything. I strongly reject this view. This non-Biblical position is called Conditionalism. The name is derived from the belief that experiencing an eternal existence is conditional on receiving the Gospel. While it is true that only believers in Messiah Yeshua will experience eternal life, those who reject the Gospel will indeed have an eternal experience. For example, in the book of Daniel it states,

“And many from the sleepers of the ground will wake up, some to eternal life and some to  eternal shame and disgrace.” Daniel 12:2

The word “many” is used to refer to the vast majority of people, because there will be a generation still alive when this event takes place. The word “sleepers” is frequently used in Judaism and the Scriptures not in order to refer to the souls of the dead sleeping in the graves, but idiomatically speaking to the resurrection. In other words, one should be as confident of the resurrection as waking up from a nap.

The danger of this false theological position is that it denies an eternal punishment and misleads people to believe that although people will be punished for their sins, it will quickly end and one simply will cease to exist.  Individuals need to be informed that those who do not accept the redemption of their sins will receive eternal torment and have an everlasting awareness of this pain and separation from G-d and His love.

Therefore it is good that the Festival of Tabernacles emphasizes the eternal aspect.

Although this Festival is mentioned in the Bible, very little is said about it. It is one day and also treated as a Shabbat. Judaism gives much significance to this Festival and strongly understands it as having Kingdom implications. The term for assembly relates to a gathering for worship. It is linguistically connected to the Children of Israel gathering at Mount Sinai to receive the Torah. There G-d wanted to bring a great change upon the people, but they rejected this change (see Exodus 20:18-21 or 15-18 [depending upon translation]).

The number eight figures significantly in the name of this Festival. The number eight conveys redemption, Kingdom, and a new condition before G-d. Therefore, in the last days, for the purpose of redeeming Israel, G-d will gather the Jewish people back to the Land of Israel and redeem them and finally Israel will worship G-d in Spirit and in Truth in the Kingdom of G-d.

It is well when believers mark these holidays and study what the Scriptures reveal about them and share the message of the Biblical Festivals with others.

May you have a blessed Festival Season.