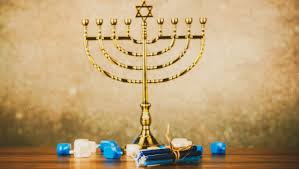 Chanukah, A Festival for the Kingdom

As followers of Messiah Yeshua, we are called to live a life similar to His. In fact, He instructed us to take up our cross and follow Him. This statement reveals that as believers, we are called to live in what Judaism calls מסירות נפש. This term literally means “turning over the soul”, and its intention is delivery of one’s life for the purposes of G-d. Living a sacrificial life is not the exception, but should be the norm for all believers. Such a willingness to deny oneself and pursue the will of G-d certainly describes the Maccabbees during the brutal rule of Greek leader Antiochus Epiphanes.

The Jewish people were forced to assimilate, abandoning the commandments of G-d, and embracing the pagan practices of the Greeks. Most of Jewish individuals accepted this situation, seeing no other alternatives. Their focus was on survival. Such a perspective is logical, but is devoid of our spiritual responsibility. We are not called to behave logically, but obediently!

As I set down to write this Chanukah article, we are not in Israel; rather we are concluding a time in Asia. We visited three different Asian countries, each so very different from our home in Israel. It is hard to gather thoughts about Chanukah, remembering the atrocities committed against the Jewish people, in place so far removed and different from the Land of Israel. One of these countries, which I will not name, is experiencing significant change, especially for those who are believers. Freedom to practice one’s commitment to Yeshua and share his or her faith with others is being severely limited. There is no doubt in my mind that in the very near future there will be bloodshed in this country for those who live obediently to the will of G-d as revealed in the Scriptures. Such persecution is growing in numerous other places throughout the world.

In light of this, we can learn from the Maccabees and their behavior during the barbaric rule of Antiochus. The Maccabees were a priestly family that led a revolt against the Hellenistic practices forced upon the Jewish people. Their leader, Matityahu ben Yochanan (Mattathias), was killed early in this revolt. This fact teaches us an important lesson. One should be ready to die for his or her faith. A faith for which one is not willing to die, is not true faith in the teachings of Messiah Yeshua. The revolt of the Maccabees was not at first against the Greeks; rather it was against their fellow Jews who faithlessly chose to accept the changes that the government imposed.

When looking at the theological positions of believers today and the congregations they attend, there are some alarming trends. Worship has changed drastically over the last two decades and clearly reflects a desire to be pleasing to man and not G-d. The vast majority of songs which are sung in believing congregations are focused on what G-d has done for the individual; instead of praising Him for Who He is. Many of the psalms of course thank G-d for His mighty acts, yet there is an emphasis on exalting Him for His excellent greatness! It is very significant that the Maccabees were a priestly family. G-d set apart the tribe of Levite and the sons of Aaron to serve Him in an unique way. The sons of Aaron were the priests and they were responsible to lead the rest of the Children of Israel to worship HaShem (the G-d of Israel). Judaism teaches that it is G-d Who is the very life of the Jewish people. The New Covenant states something most similar,

“When the Messiah shall be manifested, your life then also, you with Him, will appear in Glory” Colossians 3:4

The intent of this verse is to inform the reader that it is only when Yeshua returns that the believer will experience true life and this life is with Him. Hence,  what one experiences in this present world should not be the focus of the believer. Rather our focus should be on influencing others while in this world to behave in manner consistent with the revelation of G-d.

Chanukah is not only called the Feast of Dedication, but also the Festival of Light. Obviously, the emphasis on light is due to the miracle of the oil in lighting the menorah. However, an additional reason is given by the sages. They state that the Maccabees’ action in resisting those who demanded G-d’s covenant people turn from His truth provided illumination, I.e. light to their fellow Jews. The ability to provide light to others does not originate within oneself, for Yeshua is the light of the world. This fact does not only mean that without His presence in our life we cannot behave in a way that manifest His truth to others, but also we will not have the assurance to stand in faithfulness in spite of intense persecution. Notice the confidence of King David who said,

When one truly knows G-d by means of His only begotten Son, Yeshua, then this person will place G-d first and will not allow anything or anyone to move him from doing the will of G-d. This faithful behavior is known as living a praiseworthy life. Such a lifestyle does not automatically come to believers; rather it is a result of worship. When studying the events that gave rise to Chanukah, one must never forget that the Maccabees wanted to defeat the Greeks in order to restore a Torah obedient worship in Jerusalem. When I state a “Torah obedient worship” I wish to convey a worship that is rooted in the the Holy Scriptures.

Each person should ask himself or herself a very important question. This question is “How does my worship of G-d reflect the revelation of the word of G-d? Worship which is pleasing to G-d must be as Yeshua taught, performed in the Spirit and in the Truth (See John 4:24). This verse teaches that the Holy Spirit must lead the worship experience. What are the implications of the Holy Spirit leading our worship? Yeshua provided some very insightful words when He stated,

This verse reveals a great deal about what true worship will bring about in the believer’s life. When one’s worship is led by the Holy Spirit, this person will fall under conviction of sin. Every believer is being conformed into the image of Messiah Yeshua. This means that we are in a process of transformation. Proper worship will reveal to the believer areas in his or her life which contain sin. Even though we have been saved by G-d’s grace and forgiven of all of our sin, this does not mean that the believer does not continue to struggle with sin. Until the time when we receive our new bodies (Kingdom Bodies), there will be sin in our lives. Spirit-led worship not only manifests the sinful areas but releases the sanctifying power of G-d to give us victory over sin. Hence, a worship experience that fails to contain conviction of sin is not true worship.

Yeshua not only taught that worship convicts of sin, but also of righteousness. What does this mean practically speaking? Worship which is pleasing to G-d will cause the believer to desire to live in a way that expresses the righteousness of G-d. I stated previously “that the Maccabees wanted to defeat the Greeks in order to restore a Torah obedient worship in Jerusalem.” There is a connection in the Scriptures between the Torah and righteousness. The Torah does not have power to make one righteous, i.e. the Torah cannot justify the individual; but the Torah does indeed reveal the righteous expectations that G-d has for His people.

This means that when a believer worships G-d properly, this one will desire to live in obedience to the instructions found in the Bible. In other words, worship will bring an entirely different mindset into the believer. Instead of desiring what he or she wants or thinks is proper, the true worshipper will have his / her mind transformed into the mind of Messiah. The results of this is an overwhelming desire to obey the commandments found throughout the Scriptures.

What is the motivation for this type of obedience? Worship draws us into the presence of G-d and therefore by means of worship we not only experience the L-rd, but our love for Him will deepen. What did Yeshua teach?

Although the first word of this verse is normally translated “if”, it is better understood by rendering it as “since”. Notice the change in the emphasis of the verse,

“Since you love Me, the commandments of Mine you will keep.”

Loving Yeshua always changes the believer and does so in a consistent way in each and  every believer’s life; namely, this one will express the righteousness of G-d which the commandments reveal.

Finally, Yeshua concluded John 16:8 with the revelation that the Holy Spirit will also convict us in regard to judgment. It is unfortunate today that many congregations ignore the Scriptural fact that Yeshua is returning to bring judgment, i.e. condemnation upon this world, upon all those who have not received Him. When believers do worship G-d in Spirit and truth and experience the changes that proper worship always brings upon the individual, then this one will manifest the glory of G-d. In the Scriptures, there is a relationship between the concept of light and G-d’s glory.

Remembering that Chanukah is also called the Festival of Light, let us concentrate as we celebrate Chanukah this year to be obedient disciples of Yeshua and manifest His glory to others as we rededicate our lives to the Light of the World.

Happy and a most blessed Chanukah