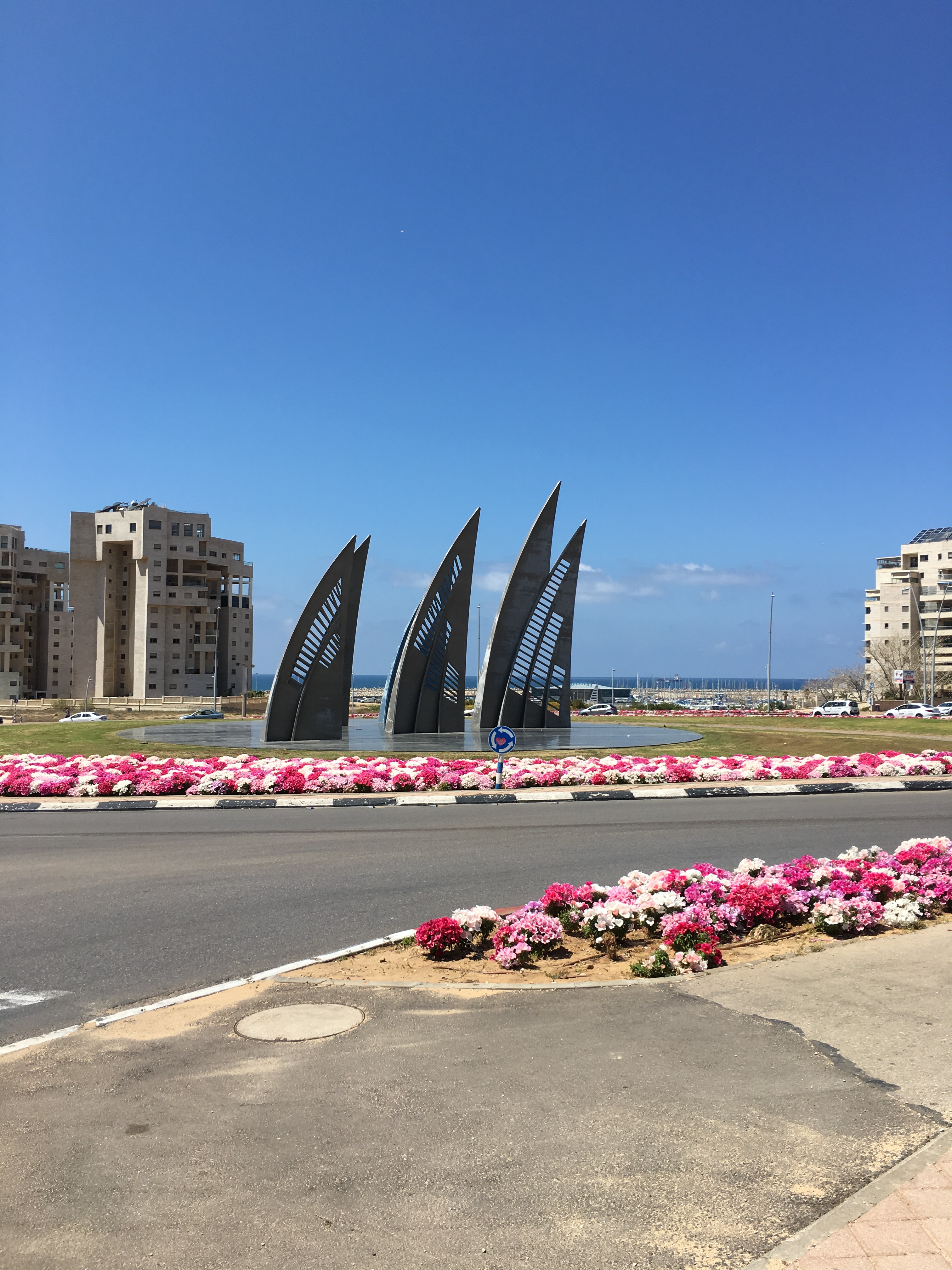 Gorgeous view from my walk today.

I don’t know if you heard, but the yearly list of “happiest countries” was released.  Israel was number 11.  Isn’t that amazing?  We are surrounded by countries who hate us and want to destroy us, we are constantly attacked at the United Nations, we are being boycotted right and left, anti-Semitism is on the rise, and yet we are number 11!  I think that is pretty remarkable.  And I believe that number is accurate.  No matter what time of day I take my walk, I see many groups of people at the cafes, enjoying each other’s company and catching up with what is going on.  When you ask someone how they are, a good portion of them will say, “Baruch HaShem!”  Basically, thank G-d or praise G-d.”

Another list was released yesterday and Israel’s Technion University in Haifa has the number one aerospace engineering degree in the world.  Yes, this tiny country produces top-notch schools, more start-ups than any other country except the United States, has the only Intel production outside of the U.S. (and they just built an addition here), and the list goes on.

What I wanted to point out today is that while from the outside one would think that Israelis would be depressed, it is quite the opposite.  There is always an underlying hope. How much more so should we as believers have a joy, hope, positivity that shines through!  We are to be a light to the world!

3 thoughts on “New Study Out”