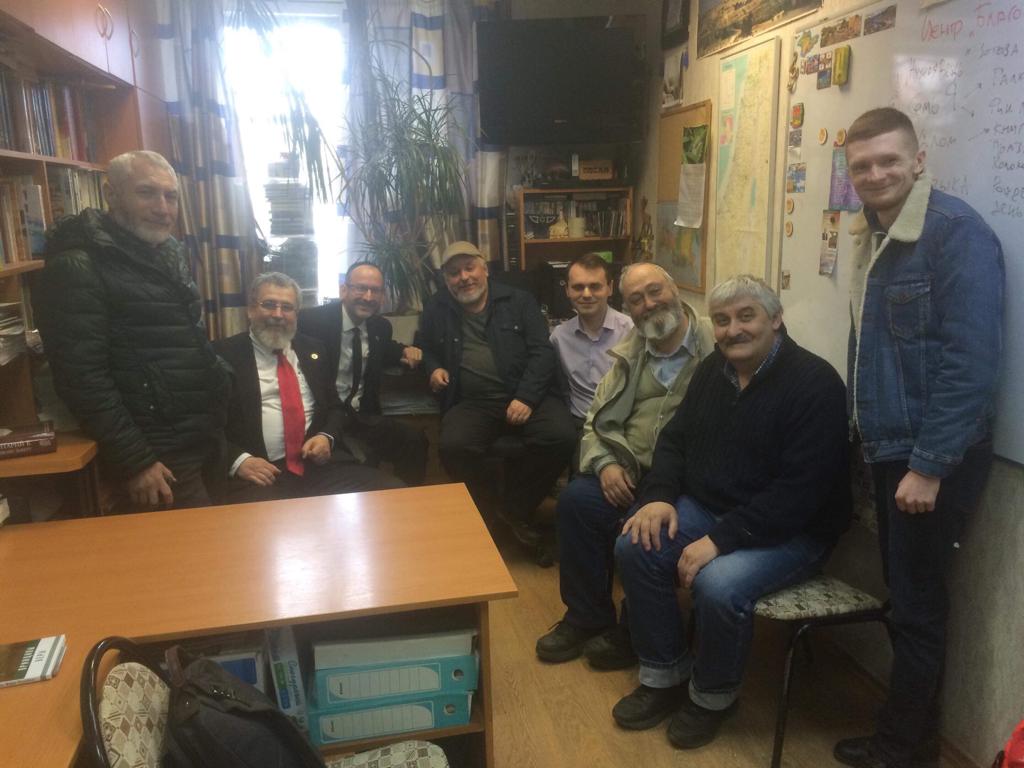 Baruch and Michael with some of the Russian Messianic leaders.

This past weekend Baruch and Michael (head of our Russian work and co-teacher at our Study Center in Israel) traveled to Russia’s fifth largest city, Nizhny Novgorod, for a LoveIsrael.org conference. The conference was hosted by a Messianic congregation in the city and nearly 20 leaders from various parts of Russia, as well as many other individuals, traveled for this weekend of study on Passover.  Not only was the purpose of the conference the teaching, but also to distribute the Discipleship Manual, which Baruch wrote with Moran Rosenblit. Although this manual had already been printed in Russian, a Messianic organization in Russia reprinted it at a much more affordable cost and now there are copies in Russia, which saves us from having to ship the books there. The copies of the manual which are in Russian here in Israel are used for Russian speakers who live in Israel.

Baruch and Michael traveled to Nizhny Novgorod, arriving late Thursday night. The conference began on Friday morning, with Michael sharing about the manual and the ministry we do in Israel and throughout the world.  Baruch then shared some of the key Scriptural passages that were instrumental in him coming to faith. This first session was primarily for the leaders. The session ended with a question and answer time and lunch.

Michael’s presence at the conference was significant, as not only did he share, but English was not known by most of the leaders which meant that Baruch did not have much interaction with them. So Michael entered into numerous discussions with the leaders following up on what was discussed in the sessions.  The six sessions Baruch taught were in the Hebrew language and then translated into Russian by Michael.  Some of the leaders had lived in Israel and knew Hebrew. 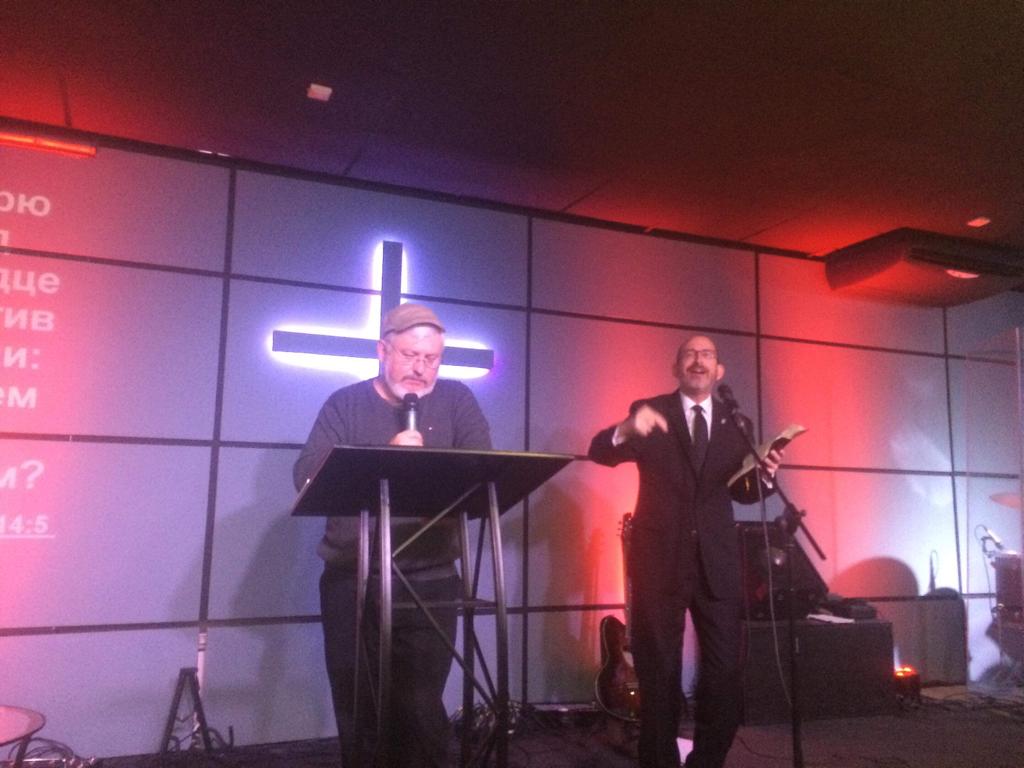 The sessions were embraced well and Baruch and Michael felt that there is a need to work with these leaders more. Our weekly television program which is seen throughout Russia on CNL Network was promoted and we were pleased that many people were already aware of it. Not only was this a time to share about our television program, but also the numerous videos we have in Russian on our Youtube channel.

Inside and outside the synagogue.

The Conference continued Friday evening with excellent worship and two teaching sessions. On Shabbat morning, Baruch shared during the morning service at the host congregation and after the Oneg (fellowship and food), Baruch shared two more sessions.

Some of the old abandoned homes from a Jewish neighborhood in Nizhny Novgorod.

On Sunday morning, Baruch taught at a local congregation, where the leader is of Jewish descent and has family living in Israel. We had thought that Baruch would speak in English at this service, but the leader wanted the teaching in Hebrew and Michael once again translated.

We want to extend our special thanks to Michael, who translated all of Baruch’s teachings over the weekend from Hebrew to Russian and the numerous other meetings he had in sharing about our mutual work and explaining Biblical truth. On Sunday late afternoon, many of the leaders came to the hotel for a final meeting to discuss how we can continue to work together and extend our teaching throughout Russia in a larger manner.  At 2:30 Monday morning, it was off to the airport and Baruch arrived at home for lunch with me, who stayed in Israel making Passover preparations.