We began our day by traveling outside of Jerusalem to Masada. Masada is an ancient fortress in southern Israel’s Judean Desert. It’s on a massive plateau overlooking the Dead Sea. A cable car and a long, winding path climb up to the fortifications, built around 30 B.C. Among the ruins are King Herod’s Palace, which sprawls over 3 rock terraces, and a Roman-style bathhouse with mosaic floors.

We then headed to Ein Gedi.  This location is mentioned a few times in the Bible, including when David flees from King Saul and he hides in the strongholds at Ein Gedi (1 Samuel 23:29 and 24:1-2) and Saul seeks him “even upon the most craggy rocks, which are accessible only to wild goats” (1 Samuel 24:2). Psalm 63, which begins with a Psalm of David when he was in the wilderness of Judah, has been associated with David’s sojourn in the desert of En-gedi. 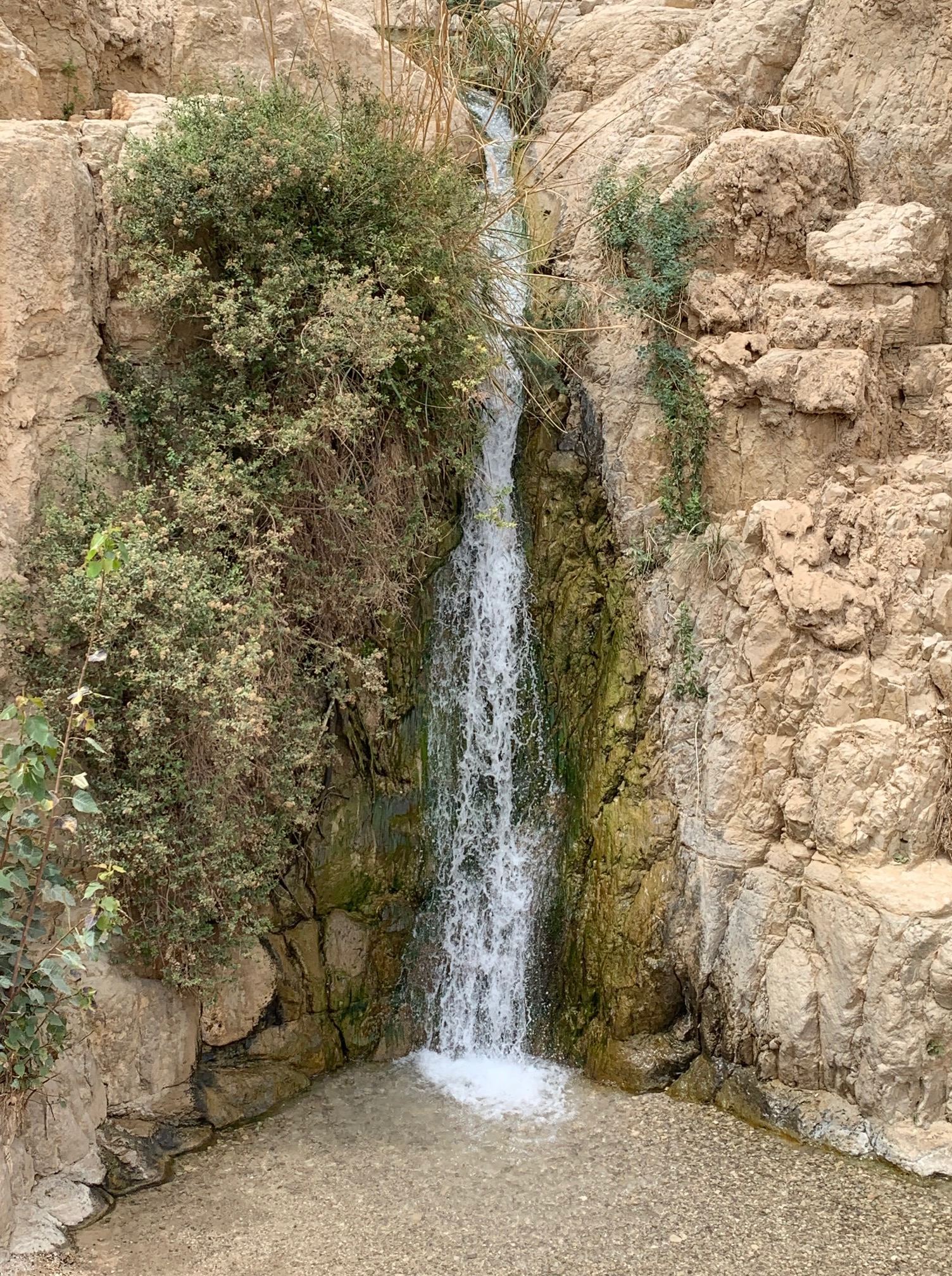 A waterfall at Ein Gedi.

Our third stop was at Qumran, where the Dead Sea Scrolls were discovered.  Baruch discussed the different manuscripts and what they mean for both the accuracy of Scripture and the unity between the Old Testament and the New Testament quotations of the Old Testament. 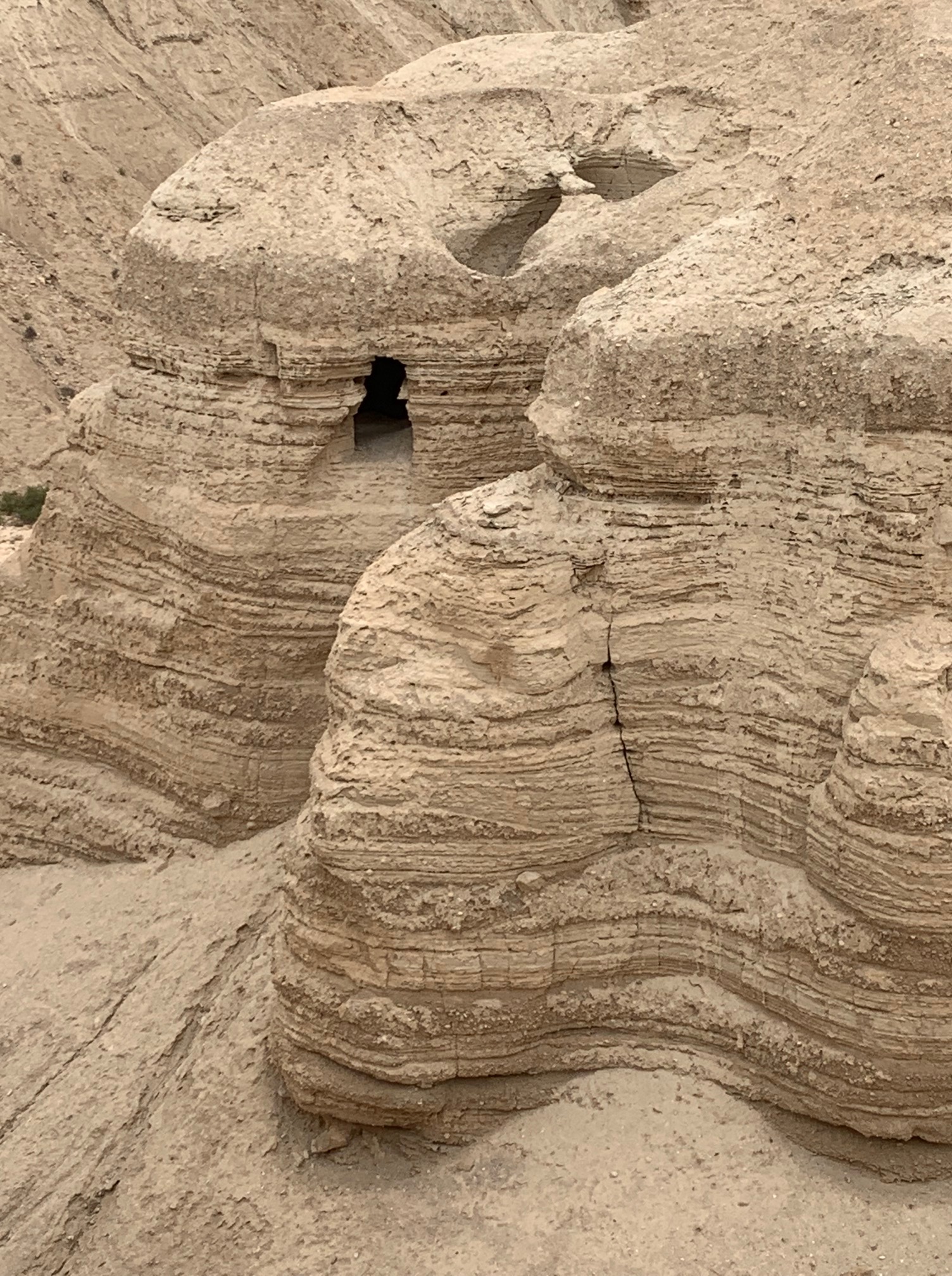 A cave at Qumran.

Our final stop of the day was at the Dead Sea, where those who wanted to were able to spend some time floating on the water.