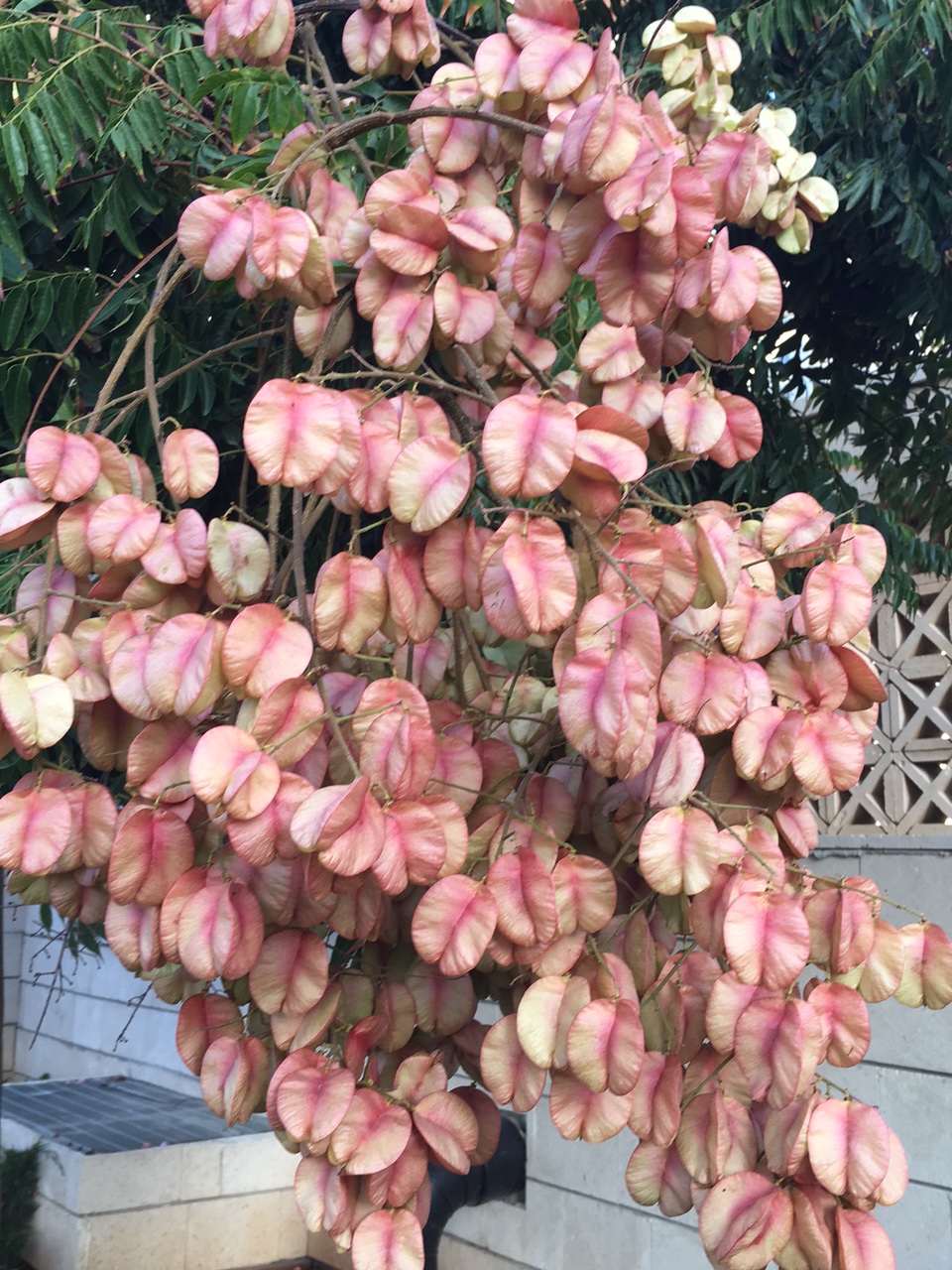 Recently, Rivka showed me a post on a friend’s Facebook page. The post originated from John Piper’s Desiring God website. I feel I must disclose that I believe that John Piper is theologically very dangerous. His methodology for interpreting Scripture is highly flawed. I have a few examples of this on our website LoveIsrael.org. For example, in a dialogue with David Brickner from Jews for Jesus, Mr. Piper used the term, the New Palestine. Biblically, one should use the term the New Jerusalem. Mr. Piper has demonstrated an anti-Israel position that strongly misrepresents the verses he provides as support for his views. Below is a link to my response to his article on Israel and Palestine:

The post which I saw was based on a November 26 article from desiringgod.com.  It was a brief article, entitled “Jesus Prays for Us”.

The primary Scripture for Piper’s article is Hebrews 7:25.

He used the ESV translation, which renders the verse,

“He is able to save to the uttermost those who draw near to God through him, since he always lives to make intercession for them.”

When I read this verse, I understand the intent is to state the awesome power of Yeshua (Jesus) to draw people to G-d, by means of the Gospel and Yeshua is constantly interceding for people to respond to the Gospel. Please notice the context is drawing people to the Father for the purpose of saving them.

When one looks closely at this verse in Greek, I would translate it as follows:

Which then, He is able also to save to the uttermost, the ones drawing near through Him to G-d, at all times living to intercede in behalf of them.

The context of Hebrews chapter 7 is the Priesthood of Yeshua, as He is the Priest of a better covenant which does what the Old Covenant, i.e. the Law, could not accomplish. Namely, bring about salvation.

Let us ponder this verse more intently. The bold is placed there by me to assist the reader in understanding the message of the text.

Which then, (as a basis of His superior Priesthood) He is able also to save (through the Gospel) to the uttermost (potentially all people), the ones drawing near through Him (by the means of His blood) to G-d, at all times living to intercede in behalf of them.

Please pay attention to the final phrase,  at all times living to intercede in behalf of them. The ESV renders the word which I translated as “at all times” as “always.”  Mr. Piper wants to conclude that Yeshua is interceding always, not simply to bring people to salvation, but his primary point is to maintain the salvation experience (continually renewing). I respond to Piper’s view as heresy. Such a view is an attack on the sufficiency of the Cross. It undermines the statement of Yeshua immediately before His death on the Cross, “it is finished”.

It is very important that one remember the context is not maintaining salvation, but establishing salvation. Piper does not give any consideration to the fact the phrase which the ESV translates as “He is able to save” consists of two present tense verbs. Hence, the verbs are only speaking about achieving salvation. The present tense refers to a moment in time and not an ongoing activity. A perfect tense would have appeared if there was any hint of some need for Yeshua to continue to do something to maintain salvation. Our salvation is eternal, Messiah’s sacrifice ensures this, but to imply that Yeshua must continue to intercede on behalf of the believer, so our salvation will not be lost, is extremely problematic, i.e. false.

I understand the implications of the phrase, “since he always lives to make intercession for them.” (ESV) to imply that Yeshua is praying and constantly praying in this age for those to draw near to G-d, i.e. be saved through the only message of eternal salvation, i.e. the Gospel. In the New Jerusalem there will not be people turning to G-d for a salvation experience; rather, all in the New Jerusalem will be saved. In other words, Yeshua will not be bringing people to salvation in the Kingdom. Because of this fact, which I do not think anyone could disagree with, Hebrews 7:25 would not be pertinent for the Kingdom. Perhaps Piper would counter this and say, but He will be praying to maintain the salvation of all of G-d’s people even in the Kingdom. The problem is that Hebrew 7:25 could not be used for such a view, as the context is about establishing salvation and not maintaining.

Within Piper’s article he states, “he (meaning Jesus) would not be able to save us forever, if he did not go on interceding for us forever.” Once again, this attacks the sufficiency of the Cross and adds Yeshua praying as a necessary component for salvation to be eternal. It is very interesting that in Hebrews chapter 9 one reads,

“Neither by the blood of goats and calves, but by his own blood he entered in once into the holy place having obtained eternal redemption for us.” KJV

This verse clearly points out that it is Yeshua’s blood that achieved eternal redemption for us and not any continued intercession. A key word in this verse is “once”. If a person checks it out carefully it means “once and for all”. This verse strongly undermines Mr. Piper’s theological point.

Also within Piper’s article he states,

I strongly disagree. I see no evidence in the Bible to support that one’s salvation is dependent upon an ongoing intercession to maintain the salvation. Piper says that even today he is being saved by the eternal intercession of Jesus in heaven. This last sentence is a quote from him.

“This very day I am being saved by the eternal intercession of Jesus in heaven. Jesus is praying for us and that is essential to our salvation.”

So for Piper, salvation is an ongoing, daily experience that must be maintained eternally by Yeshua praying for this. I disagree and I could list numerous verses which speak about the blood of Messiah justifying the believer and the fact that justification is in the passive perfect. This means that His sacrifice alone provides eternal salvation.  These verses do not allude to any intercession that combines with Yeshua’s sacrifice as part of maintaining salvation.

To support his divergent theological position, he offers two verses of Scripture, Romans 8:34 and 1 John 2:1. Please notice that Piper does not quote these verses. However, I want to do so.

“Who is he that condemns? It is Christ that died, yea rather, that is risen again, who is even at the right hand of God, who also makes intercession for us.” Roman 8:34 KJV

Once again, if one examines the context of this section of Romans chapter 8, it is about Yeshua praying for believers, not to maintain their salvation, but in the face of trials, tribulation, persecution, famine, nakedness, peril, and the sword. It is Yeshua’s prayers that help us to overcome such things. Furthermore, such attacks do not separate us from the Love of G-d in Messiah Yeshua. Paul is simply speaking about how receiving the love of G-d leads to the believer obeying and overcoming the schemes of Satan. The context is not salvation at all, but our being conformed to the behavior of Messiah in this world. Please read from Romans 8:15-39. It is most significant that Paul points out since G-d the Father did not withhold His only Son, how much more will He also give to us all things with Him. The point is not salvation, but G-d providing what the believer needs to be conformed in this world to the likeness of Messiah. Again, it has nothing to do with maintaining the salvation of the believer.

In First John chapter 2 and verse one it states,

“My little children, these things write I unto you, that you sin not. And if any man sin, we have an advocate with the Father, Jesus Christ the righteous.” KJV

Apparently Piper is implying that without Yeshua advocating for us before the Father, believers would lose their salvation. The context from the last few verses of chapter 1 is confession of our sins. In other words, the believer should not hesitate to confess sin to G-d because we have an advocate Who paid the price of not only believers’ sins, but 1 John 2:2 states the sins of the whole world. These verses simply encourage the believer not to live with unconfessed sin, but to boldly come to throne of grace, because of the sufficiency of Messiah’s work on the Cross. He is indeed our advocate and intercessor. Because of this we should not fear to confess our sins.

There is a very dangerous conclusion from Piper’s understanding and use of this verse. Since he uses this verse to support his theological perspective, namely that our salvation is only maintained by the eternal intercession of Yeshua, this interpretation would demand that Yeshua’s advocacy is a response from our confession. This would lead one to ask the question, what happens if the believer does not confess some sins? Does Yeshua still intercede in behave of those sins?

Finally Mr. Piper states, “We are saved eternally by the eternal prayers (Romans 8:34) and  advocacy (1 John 2:1) of Jesus in heaven as our High Priest. He prays for us and his prayers are answered because he prays perfectly on the basis of his perfect sacrifice.”

In conclusion, it is absolutely incorrect to add intercession and advocacy as an additional component to Yeshua’s work on the Cross for eternal salvation. When one teaches that it is Yeshua’s blood plus anything else, my advice is to stop listening to such a teacher.

I know that there will be those who find it problematic to publicly disagree with a fellow believer, but Mr. Piper keeps a very high profile and makes statements publicly which must be refuted publicly. He has a history of using very careless exegesis to justify his theological positions. People should be very careful about posting what others state. Make sure that such posts are theologically sound. I do not make a habit of responding to everything with which I do not agree, but lessening the sufficiency of the Cross is a matter to which I strongly felt I needed to respond.