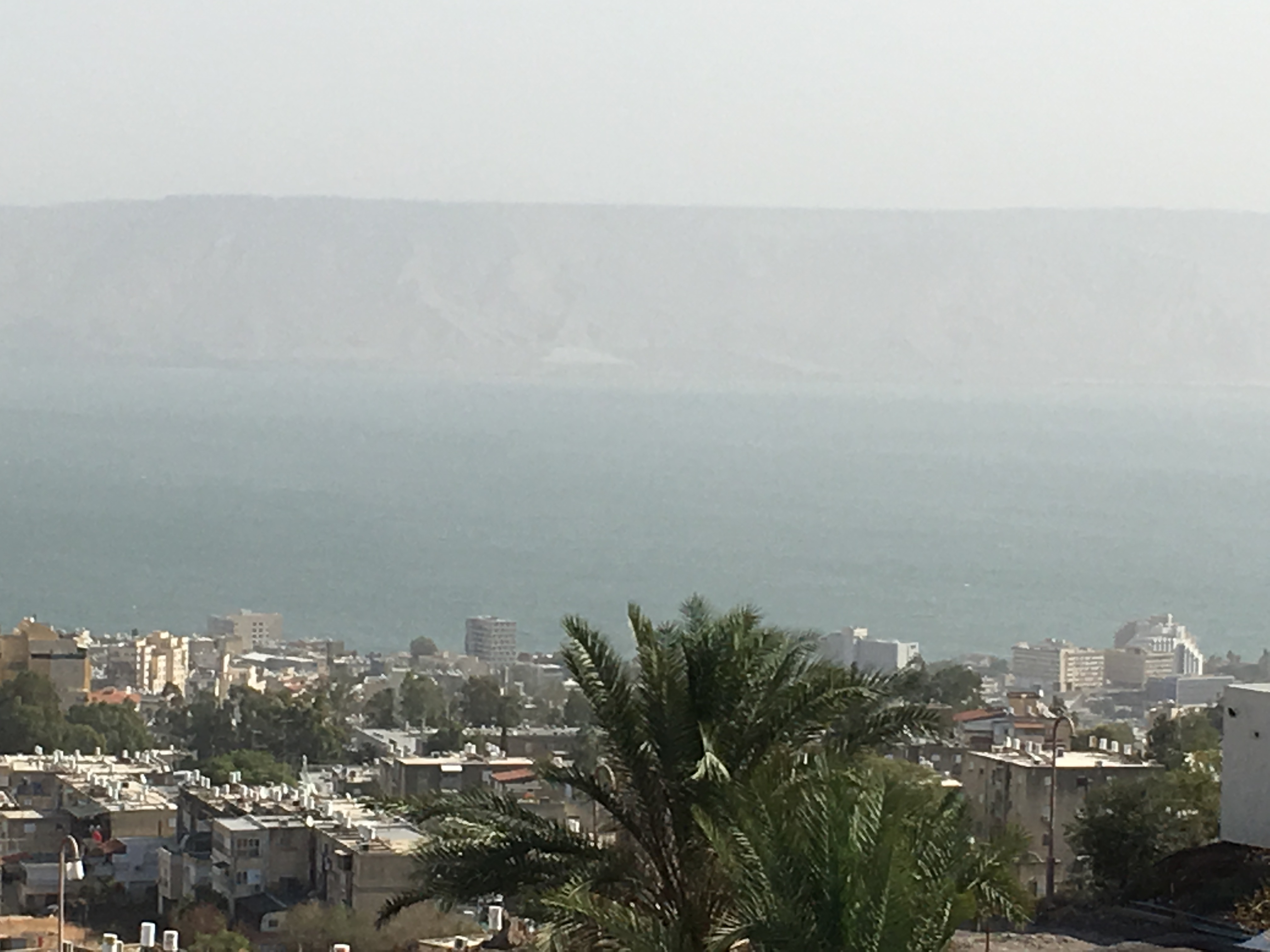 A view of the Sea of Galilee (Kinneret) from above Tiberias.

Today we are in prayer for Israel, as we continue to be ravaged by fires.  Over 60,000 people from Haifa have been evacuated.  Many homes and buildings have been lost.  I read in the news that this fire is the worst in Israel’s history.  There was a terrible one near Haifa in 2010, when 44 people were killed.

Please pray for the safety of the people, whether they be residents or firefighters.  It is a very serious situation.

In this week’s Torah portion, a man by the name of Eliezer, who was Abraham’s trusted servant, was commanded by his master to find a wife for Isaac. Although Abraham was a man of strong faith, Eliezer was not. It seemed to him that Abraham’s command and the manner in which he demanded that Eliezer fulfill it was impossible. Abraham promised that HaShem would “happen” in this situation to make Eliezer’s journey successful. When Eliezer arrived at his destination, he beheld G-d’s choice for Isaac, Rebecca. The words of the Torah are most unusual when describing Eliezer’s reaction to seeing Rebecca.

“And the man is destroyed by her, made silent to know whether HaShem made his journey successful or not.” Genesis 24:21

Read this verse in your Bible and you will notice a significant difference. The first verb is usually rendered as “look steadfastly at her” or “was astonished by her“. The word however, literally means “to bring to destruction“, as demonstrated by its usage in Isaiah 6:11, where the verb is translated, “until the cities are laid waste“. The question that needs to be asked is simply, “what are the implications of the verse stating that Rebecca destroyed Eliezer?”

It has already been mentioned that Eliezer was not a man of faith. In other words, he doubted that Abraham’s command to travel to a distant city and find a woman who would leave her family, friends, and familiar surroundings to marry a man that she did not know or had even seen was going to be realized. Despite Eliezer’s lack of faith, he nevertheless prayed to the G-d of Abraham (see verse 12) that if HaShem did exist, then He should make clear to him who the right woman is. Eliezer even had a test to confirm whether G-d answered his prayer. Not only did Rebecca do exactly as Eliezer prayed, the text states that she, by her behavior, “destroyed” Eliezer. The intent of the verse is that Eliezer became a new man, a man of faith!

The message of this text is that Yeshua does not want to change you, but destroy you and make you a new man! This is why Paul said, “If anyone should be in the Messiah, he becomes a new creation….” (See 2 Cor. 5:17). Even if you are a believer in Messiah Yeshua, there are still things that HaShem wants to destroy in your life so that you truly reflect the newness of Kingdom life. You may need to step out in faith like Eliezer did and serve your master, the L-rd Yeshua, in order to see the changes that He wants to bring into your life. Be aware that G-d does not remodel, He builds on a new foundation. 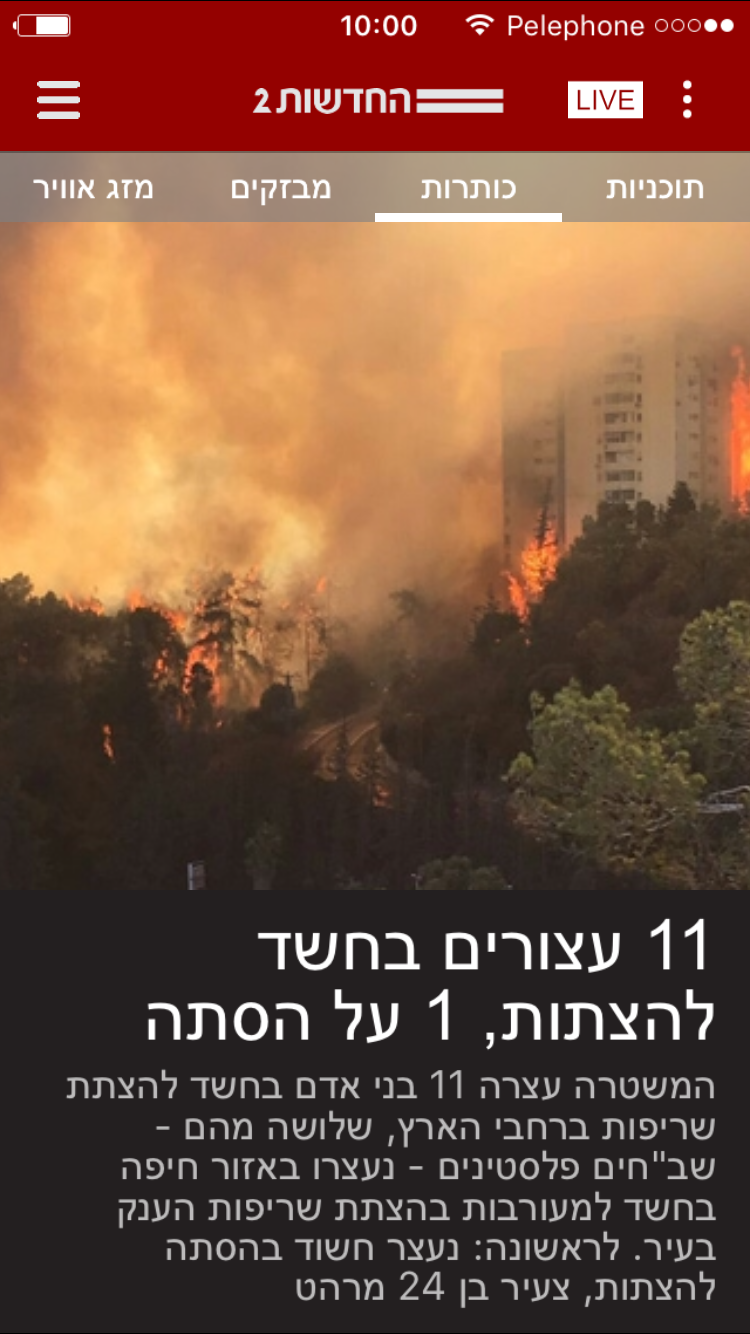 The picture above is from Channel 2 (in Israel).  It is a picture from Haifa.  The headline of the caption says, “11 people were arrested of suspicion of starting fires, 1 on incitement.”