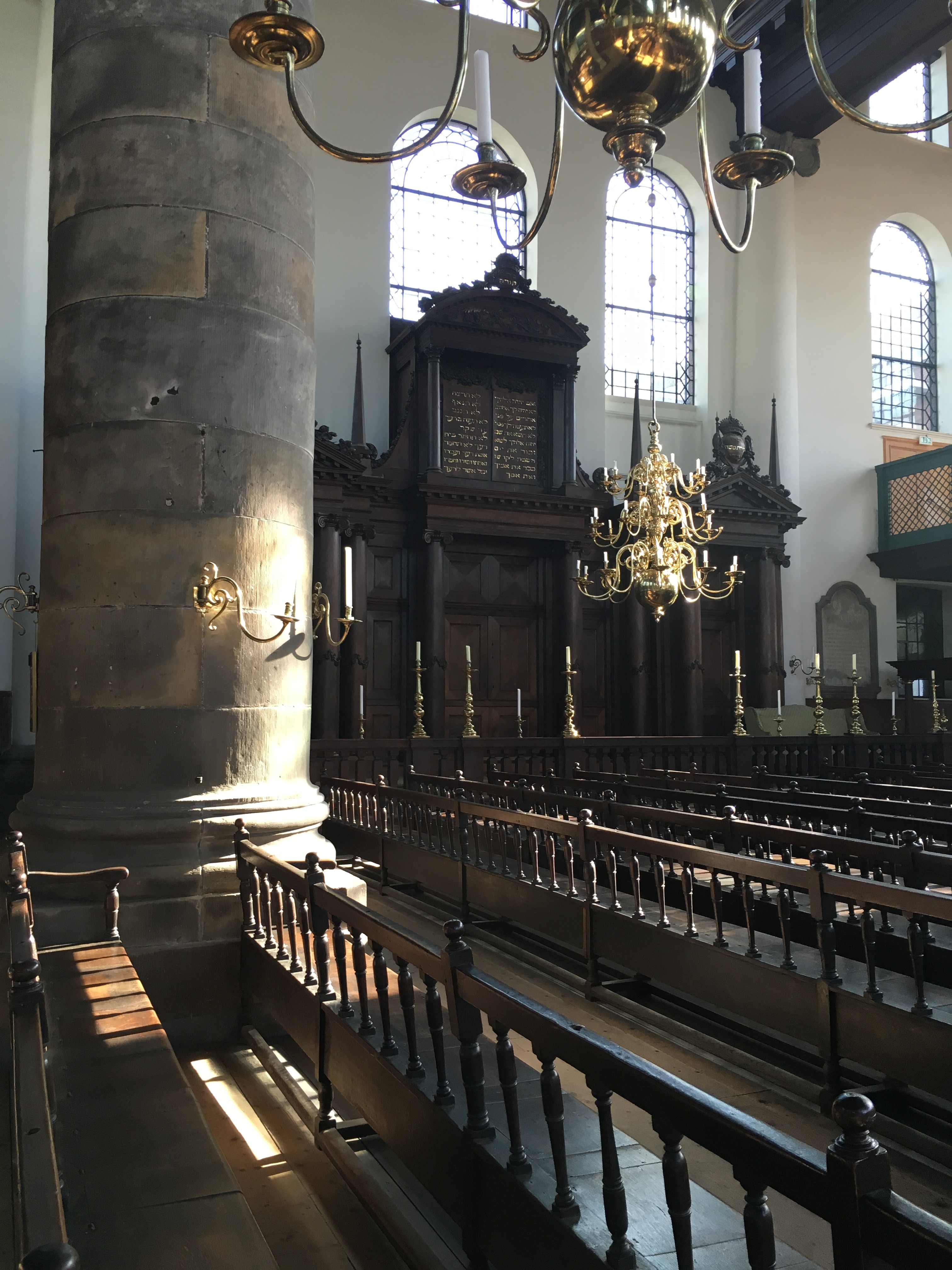 We are in Amsterdam for our conference.  Tonight Baruch will be speaking about the 2 genealogies of Yeshua.  Last night he spoke in a nearby town about the Last Days and there was a very good turnout.

This week’s Parasha (Torah Reading) is Yitro (Exodus 18:1-20:23).  Here is a brief commentary from Baruch on this passage.  Shabbat Shalom!

In this week’s Torah portion, there is found the familiar verse, “And you shall be to Me a kingdom of priests and a holy people…” (Exodus 19:6). I often refer to this verse when people inquire about the kippah (Hebrew) or yarmulke (Yiddish). Many individuals want to know if there is any Biblical basis for this Jewish head covering. In the Torah, one finds two words related to a head covering that priests wore. The first is found in Exodus 28:4, it is the word מצנפת and the second word is located in Exodus 28:40 and it is called the מגבעת. Both of these words refer to a turban-like hat worn exclusively by the Kohanim (Priests). The point that I want the reader to understand is that according to the Torah, priests covered their heads.

One explanation for the kippah/yarmulke is that Jewish men who were not priests began to cover their heads in anticipation and hope of the establishment of the kingdom where all Jewish men will have the status of a priest ממלכת כוהנים. Whether or not this tradition for the Jewish head covering that is common among observant men is correct or not, the reason I wanted to mention this is because many Christians state to me that I am violating I Corinthians 11:7 which states that a man should not cover his head. Obviously, the context of this passage is when he prays or is prophesying, and not on a cold day outside.

Allow me to state that if one carefully reads the entire passage, I Corinthians 11:1-16, he will learn that the covering to which is being referred is not a hat or any other type of head covering; but rather hair. In other words, Paul is stating that women of modesty should wear their hair up and not down, especially when in worship. The reason for this is specifically in the Greek culture (and other cultures) during this period and before, women who wore their hair down were those who were prostitutes. Please notice I Corinthians 11:15, which states that “hair is given to her for a covering“; and I Corinthians 11:14, which states that it is a shameful thing for a man to have long hair.

Please note that this was true for the cultures to whom Paul was addressing. There is not some hard fast rule today, as Paul states in I Corinthians 11:16, that in the believing community there are no such customs. In other words, believers are free to wear their hair as they desire, but there is a principle that a follower of Messiah Yeshua would never want to be a stumbling block for another individual.