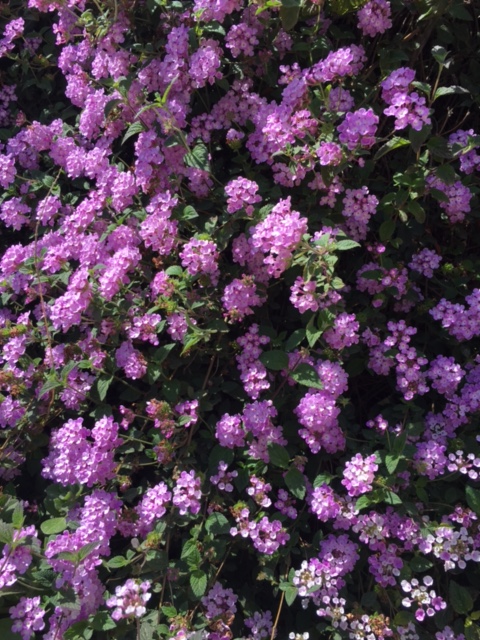 I know nothing compares to the picture of the lamb the other day, but these beautiful flowers on this bush couldn’t be passed up.

This week’s parasha is Parashat Vayikra.  Here is a brief commentary from Baruch.

According to tradition, based on Lev. 16:34 (…to atone concerning the Children of Israel from all their sins once a year…) the Yom Kippur sacrifice covered a person’s sins, all sins, including intentional sins, from one Yom Kippur until the next. The question which must be asked is why does the Torah seem to be more lenient regarding intentional sins compared to unintentional sins? Human reason would expect the opposite. The answer is that the Torah purposely emphasized the sacrifice in which the people had no role in offering, but rather were only recipients of, in order to manifest to the people the power and outcome of the grace of G-d.

In the prophetic passage that goes with the Torah reading, Isaiah emphasizes that the people were not concerned with bringing before HaShem the various offerings that He commanded. In this section, G-d is revealed in a most telling manner,

“I, I am He Who wipes your transgressions for My sake and your sins I will not remember.” Isaiah 43:25

Just because one may bring a sacrifice, he should not think that he has earned atonement by means of this act. The animal that is killed simply reminds one of the consequences of sin, i.e. death. In addition to this, the blood placed upon the altar reveals that it is blood which is necessary to atone for sin.  But once again, it is not the blood of this animal that deals with the problem of sin. Rather, this blood only points to the blood of Messiah Yeshua, Whose death and blood earned on behalf of believers, eternal redemption. The sufficiency of Messiah’s death is clearly revealed in the book of Hebrews,

“But This One, for sins, He brought a sacrifice, sufficient for all time, (then) He sat at the right hand of G-d.” Hebrew 10:12

A very important phrase in this passage is εἰς τὸ διηνεκὲς. It literally means “for perpetually“. I translated it, “sufficient for all time“. The implications of this verse is that Yeshua’s death on the tree achieves for the believer eternal redemption and now He sits at the right hand of G-d the Father to make intercession for us. What is the relationship between the first half of this verse and the second half?  The answer is that only through a redemptive relationship with G-d, can the believer pray in a manner that his or her life will reflect HaShem’s purposes. It is important that one remembers that an aspect of Yeshua’s work is to transform the believer’s prayer life, once again emphasizing the importance and the necessity of prayer.