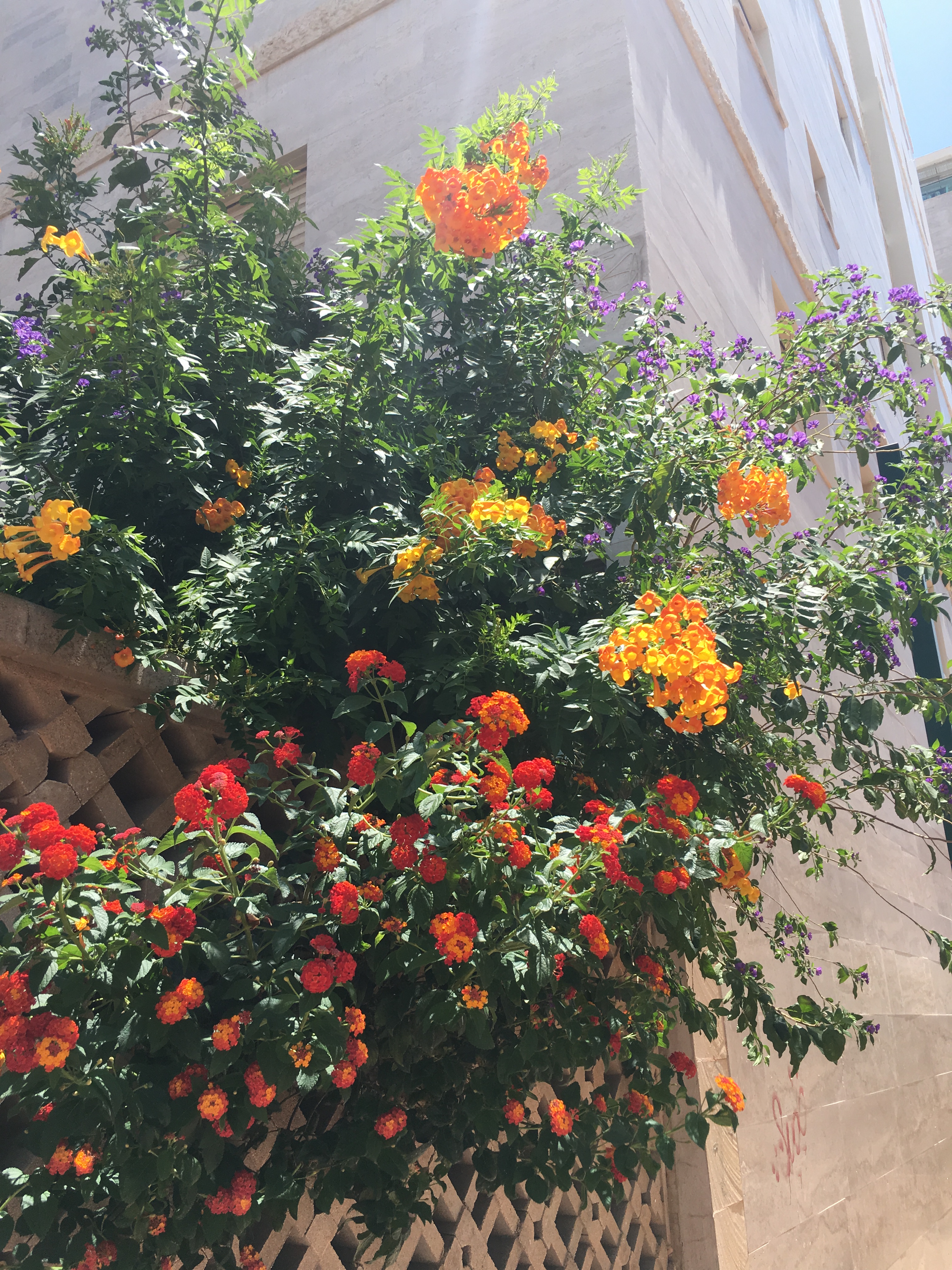 Gorgeous flowers from my walk today.

Shabbat is upon us and it is so good to be in the Land.  Shabbat is very special here.  It is in the air on Fridays, as people hurry to get everything they need, since the stores will close early and not open until Saturday night or Sunday morning.

Please find below a short commentary by Baruch on this week’s Torah portion.

In this week’s Torah portion, Parashat Chukat, we read a unique verse concerning the well from which the Children of Israel drank water. Concerning this well it was said,

“Then will sing Israel this Song: Come up O’ Well They answered her.” Numbers 21:17

The first thing that stands out about this song is its similarity to that of the Song of Moses in Exodus 15:1. Both verses begin with the same phrase, “Then will sing….” It is also significant that in both verses the verb is in the future tense. Rabbinical commentators see the passage in Exodus as having a dual fulfillment. That is, the verse has relevance not only in the days of Moses, but also in the last days. The same point is applicable for the verse from Numbers.

It is also interesting that Israel sang praises to the well which provided the water, but never to HaShem Whom provided the manna. In the New Covenant one reads about the connection (symbolically) between the manna and the Messiah. In John chapter six Yeshua speaks about the bread (manna) that came down from heaven and taught the people that He is THE BREAD OF LIFE! (See John 6:48-51). Although Yeshua related Himself to the manna symbolically, the Scripture reveals a most unique relationship between Him and the well. Paul teaches that the well was Messiah (See I Corinthians 10:4). In actually it was the Rock that covered the well that was Messiah. It seems that the Rock followed the Children of Israel in the wilderness and provided them water. Wherever the Rock was the “well” was underneath. Hence it could be said that in fact the water came forth from the Rock and that there was no well in reality.

The last part of the verse admonishes the people to respond to the “well”, i.e. the source of the water. This is the important message of the Song, Israel must respond to Messiah in order to receive the “gift”. It is most significant that twice, in verses 18 and 19, the term gift is used in regard to the water. Rabbinical texts understand that the gift relates to salvation. Now it is easy to see why and how Paul taught that the Rock in the wilderness was Messiah.

In the same way the people were thirsty in the wilderness for what the Rock could provide them, so too do we need to be filled with the Spirit of Yeshua so we too can continue on our journey of following HaShem’s leadership as we press on to the upward calling that each believer has received in Messiah Yeshua.