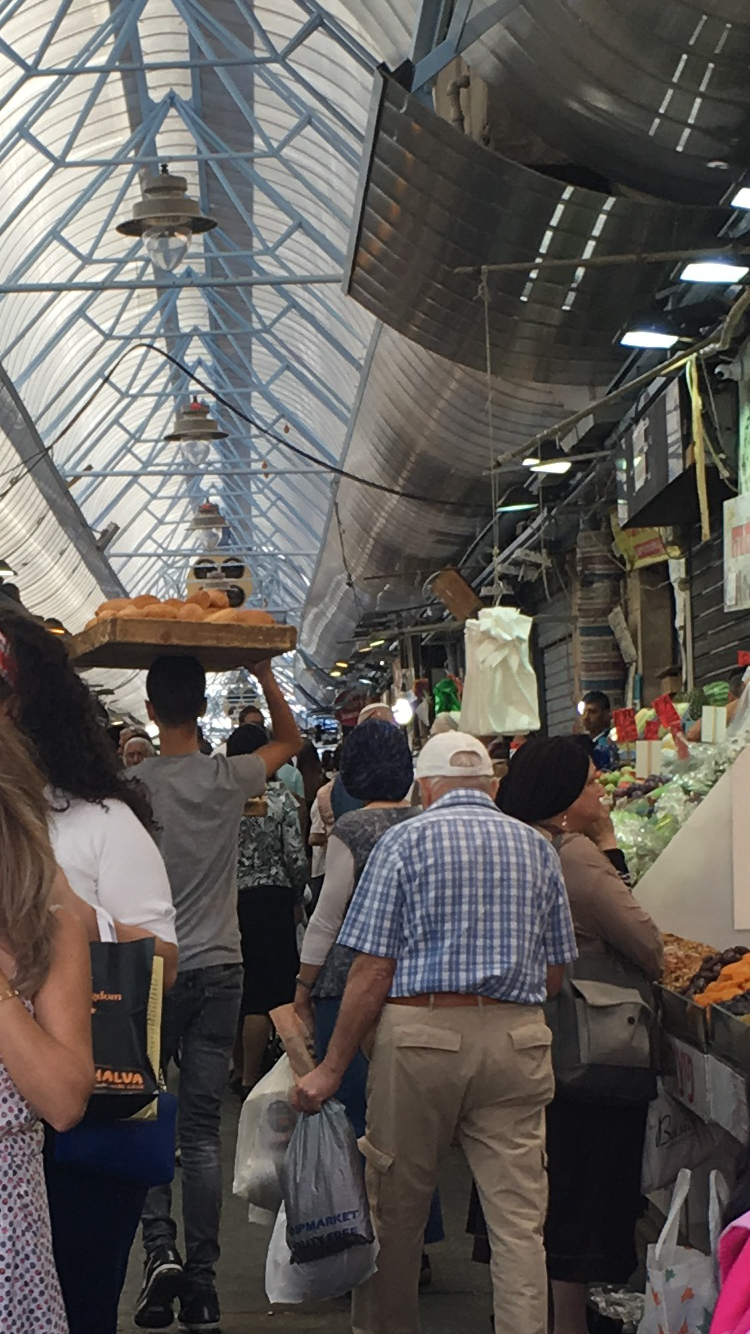 The shuk in Jerusalem.

The Torah reading this week is Parashat Vayechi (and he lived) Genesis 47:28-50:26.  The Haftarah reading is I Kings 2:1-12.  This is a Shabbat Chazak, which means it ends the reading of one of the books of the Torah, in this case the book of Genesis.

The connection between the Torah reading and the reading from the prophets is obvious–both Jacob and King David are nearing death. Both men end their lives by blessing their son(s). This brief article will focus on what David told Solomon at the beginning of his counsel to him. David says,

Notice that there is no sorrow in David’s words for he realizes that what is going to happen to him happens to everyone. Even though David was an important individual he knew that his important position did not make him any different than any other human being—death comes to all. How one handles death says a great deal about one’s spirituality. David did not struggle to accept the fact that his time to die had come, on the contrary he accepted it and thought about what he could do to assist his son Solomon who would rule after him.

The important thing to see here is that his death revealed why G-d had chosen him to be king in the first place. David had the ability to see that he was not the main thing, but that there was something of greater importance. What was that? It is the work of HaShem. One needs to understand that he or she exists not for oneself, but to serve in HaShem’s program for the world. The attitude that one should possess is found in one of David’s Psalms,

David understood what man is and what should be the focus of one’s life, for he says to Solomon “be strong and be a man“. From the context of this section (see I Kings 2:3-4) it is most clear that obeying the word of G-d is how an individual should utilize his time upon earth. One should not think in terms of the amount of time, but did one manage the time faithfully. This is what David is admonishing Solomon to do. In other words, do not ask, did I have a good life? Rather ask was I obedient to the tasks that HaShem placed before me?

Although Solomon did not always respond appropriately to HaShem’s will, he did learn the lesson towards the end of his life when he wrote,

“The final matter of everything is heard; fear G-d, keep His commandments, for this is the essence of man.  For everything G-d will bring to judgment even that which is hidden, whether it be good or evil.“    Ecclesiastes/Kohelet 12:13-14

Today one hears sayings such as, “It is all about you” or “you are special”. These sayings place the emphasis upon a person rather than upon G-d. It is not so much that I am unique, but I have been given a unique call by G-d. People will often respond and say, but does not the Scripture say that I am wonderfully made? Yes in Psalm 139, but the point of the verse is to honor the Creator and not the creation. If the focus becomes how wonderful I am because of how I was made, then you have erred. Remember the verse says,