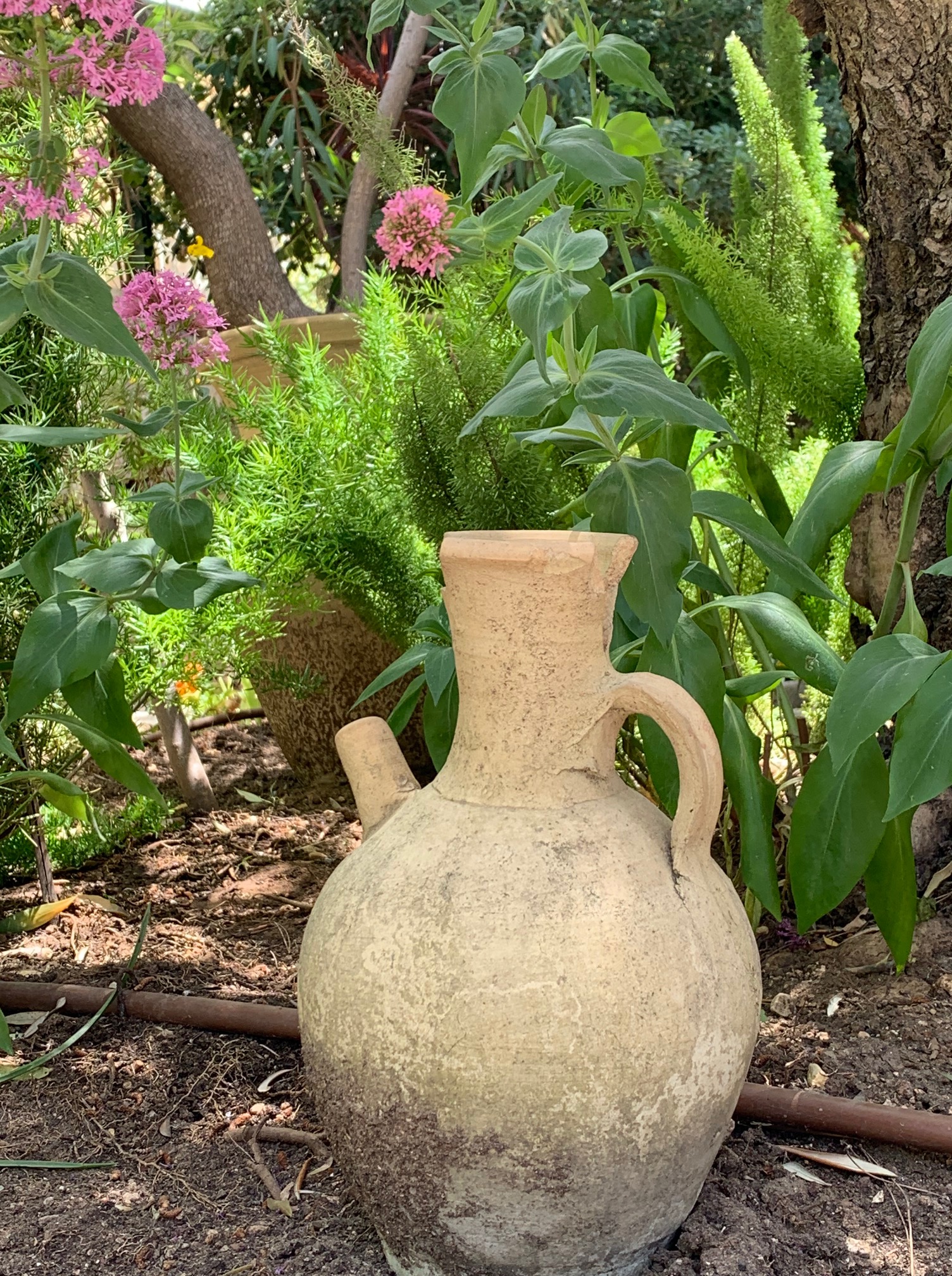 From the Garden Tomb, in Jerusalem.

The Parasha this week IN ISRAEL is Parashat Emor.

This year, we have a situation that arises every so often – certainly not infrequently! In America, Europe, Australia, South Africa – basically, most of the world – the eighth and final day of Pesach falls on a Shabbat. But in Israel, where Pesach is only seven days long, the last day of the holiday is Friday. The next day is a regular, non-yom tov Shabbat. This creates the following discrepancy: in Israel, they read parshat Acharei Mot on the Shabbat that to them is the day after Pesach. In the rest of the world, where Shabbat is still observed as Pesach, we read the special portion for Yom Tov.

This means that this week, Emor is read in Israel and Kedoshim is read elsewhere. This goes on for fifteen weeks until the parshiyos eventually realign. This occurs when Israel reads parshas Masei and the rest of the world reads both Matos and Masei.

I know that I do not post a commentary from Baruch each week, but when I do, it will be from the perspective of Israel.

A brief commentary by Baruch on Parashat Emor:

In this week’s Torah reading it is stated,

“And you shall not profane My Holy Name, and I shall be sanctified in the midst of the Children of Israel; I am the L-rd Who sanctifies you.” Leviticus 22:32

The term “sanctification” represents an important concept that each believer must understand. This term is derived from the word “holy”. In other words, sanctification is a process where the believer becomes holy. This process begins with a salvation experience, which leads to regeneration (the new birth). That is, after one is convicted of his sin and trusts in the blood of Messiah Yeshua to redeem him, the Holy Spirit will make this person a new creation. It is very important for the reader to recognize that salvation leads to regeneration and not regeneration causes one to accept the message of the Gospel.

From the moment that one believes, he is fully acceptable to HaShem. This is because all the sins of the world were placed on Messiah while He was on the cross and the righteousness of Yeshua is then imputed to the believer the moment he believes. The result of this is that G-d sees each believer as having the righteousness of Yeshua. Although it is true that HaShem sees each believer as fully righteous and holy, this does not immediately translate into one’s behavior. It is the growing of the believer and his maturing in the faith over time, which is known as sanctification.

Failure to move forward in the process of sanctification will negatively impact every aspect of one’s spiritual life. The result will be that the believer will be frustrated and discouraged with G-d and his life will lack the power to serve G-d. The next verse states,