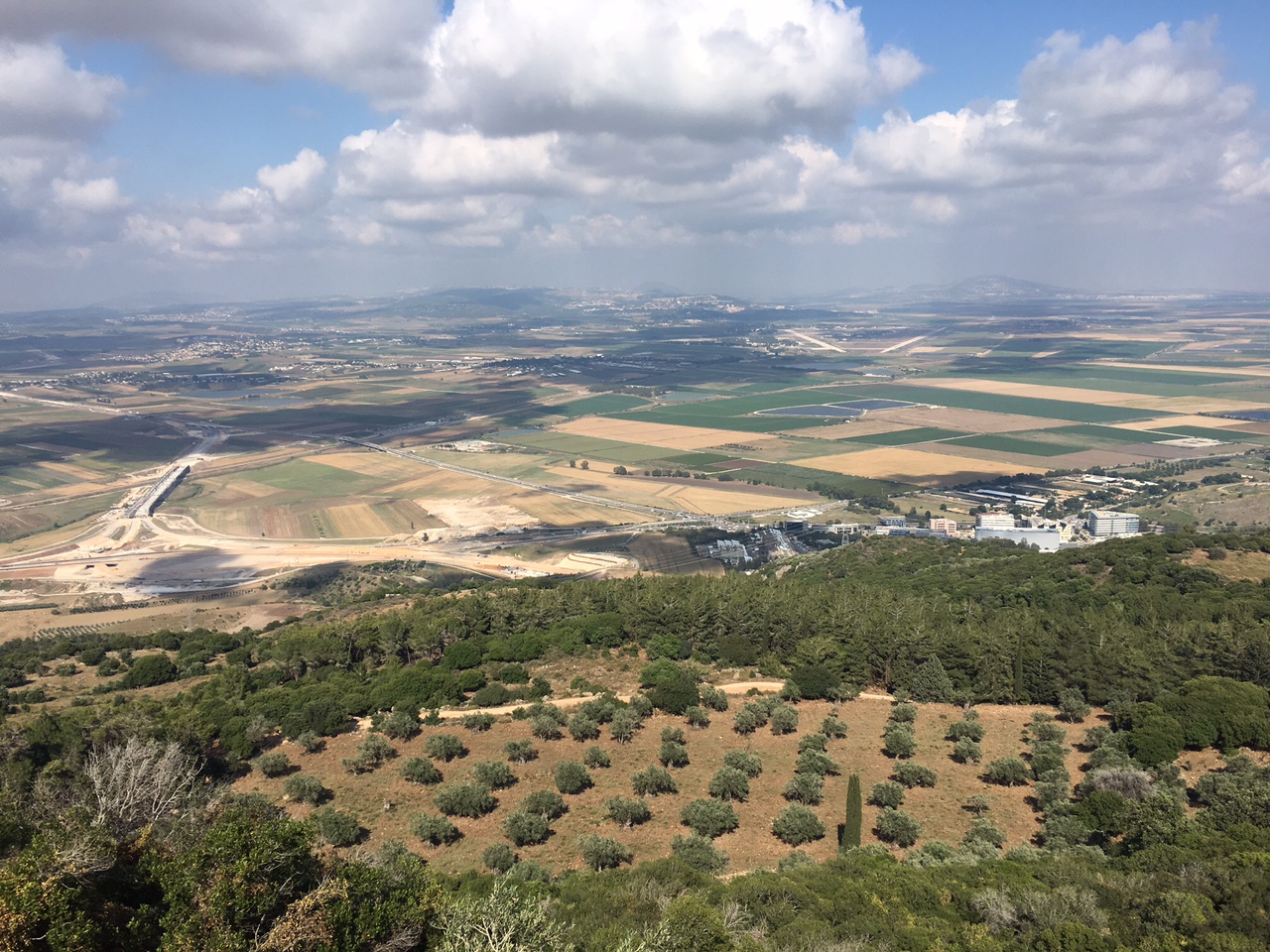 A gorgeous view of the Land.

In this week’s Torah portion Moses sends spies to investigate the Promised Land and confirm the word of G-d that the land they were going to inherit was exactly as HaShem had said, that is a land flowing with milk and honey. Although the spies did confirm that the land was good, they (except for Joshua and Caleb) preferred to not enter into it, but rather return to Egypt. The reason which they gave is most informing. First they stated that the people who dwell in the land are powerful and they live in fortified cities. In other words, they doubted that they would be able to take possession from them. Doubt, as is the case here, is often the result of fear. Next, the reader is told that Amalek dwells there. Although other peoples are mentioned, it is significant that Amalek is mentioned first. Amalek was strong and cruel and although Israel defeated him once (See Exodus 17) it was a difficult battle and not one that the people wanted to fight again, especially against Amalek and the other peoples who also dwelt in the land.

The final reason they gave for not wanting to go up and take possession of the land as HaShem promised was the NEPHILIM. Who were they? The text states they were the descendants of Anakim (Giants). Genesis 6:4 mentions the NEPHILIM as well but seems to imply they were on the earth prior to the flood, but not thereafter. Most scholars believe that the reference to the NEPHILIM in Numbers does not represent what the spies actually saw, but simply was made up by the 10 spies to frighten the people into agreeing with their recommendation not to enter the Promised Land.

I do agree that they did not actually see any NEPHILIM, but I would like to suggest that the 10 faithless spies did not make up their account concerning the NEPHILIM entirely. I believe that they truly thought that they had seen NEPHILIM. The point is that when one lacks faith in the word of G-d and His promises, fear and doubt manifest themselves in a powerful manner. Naturally there are indeed obstacles that HaShem wants His people to overcome. However, without faith, these obstacles over which G-d wants provide victory, become so distorted by fear and doubt that they appear to one much more threatening than they are in reality. Fear and doubt will paralyze the believer and he will look at the future victories that Yeshua has for him as insurmountable and will retreat away from the blessings of G-d.

The NEPHILIM had been previously defeated, and so have all your enemies and all the obstacles that you find yourself fearing or worrying about. The faithless spies cried out in despair that the Children of Israel were as grasshoppers compared to the NEPHILIM.  The text states,

“There we saw the NEPHILIM, the sons of the Anakim (Giants); compared to the NEPHILIM we were in our eyes as grasshoppers and thus we were in their eyes.” Numbers 13:33

This verse reveals that the people had received the false perspective of their imaginations. Without washing your minds with Scripture each day, the believer too can begin to lose Yeshua’s vision and begin to adopt the perspective that the enemy would have the people of G-d to see. Which eyes do you see through, the eyes of fear and doubt or the eyes of faithfulness in the promises of the G-d Who cannot lie?