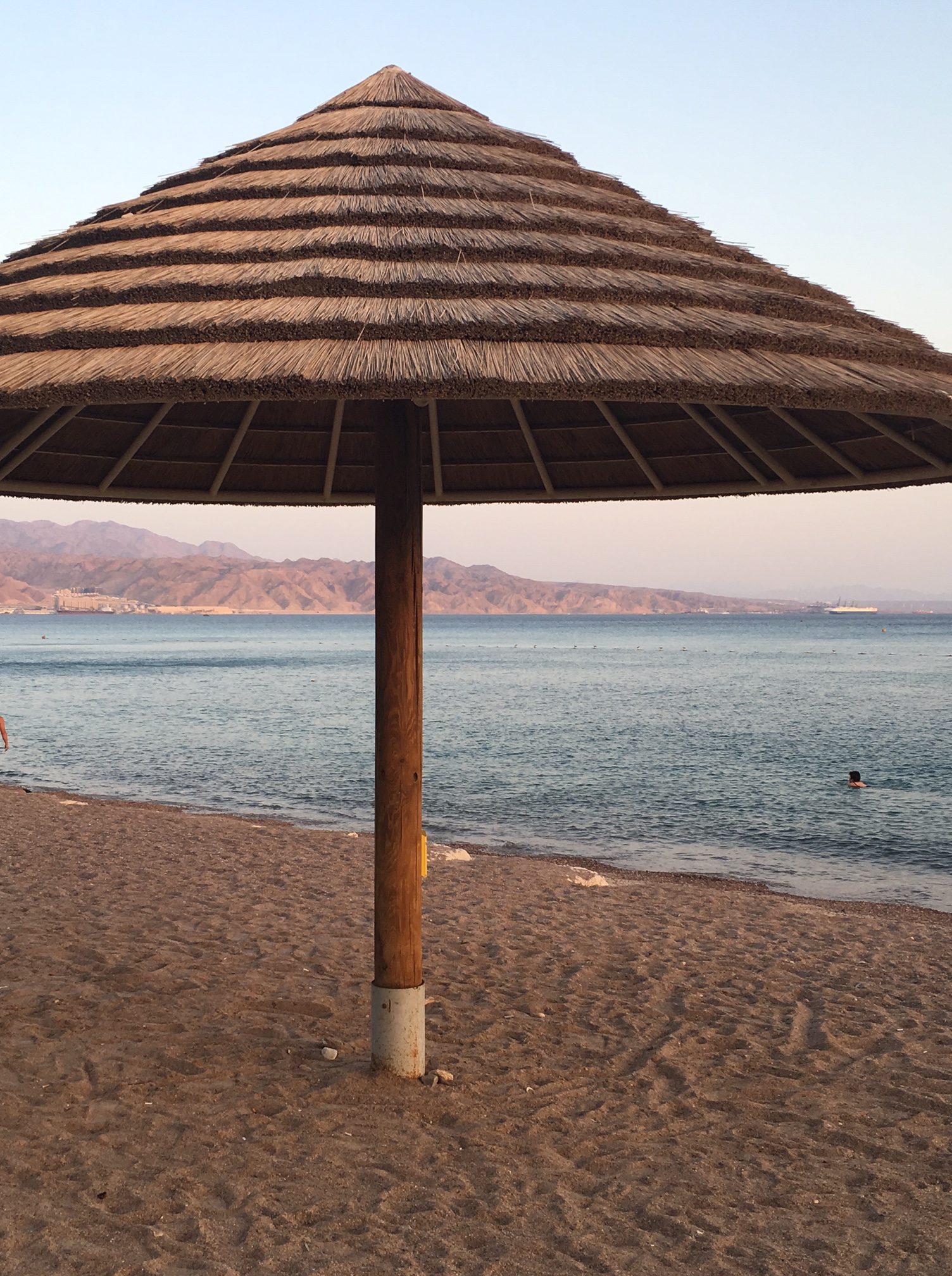 The beach in Eilat, with Jordan in the background.

This week’s parasha is Parashat Chukat.  Here is a brief commentary by Baruch.

In this week’s Parashah, we learn a very important quality of G-d, namely He will fight on behalf of His people. In the book of Exodus, when speaking about the crossing of the Red Sea (Sea of Reeds), HaShem is called a Man of War (See Exodus 15:3). Why do I want to emphasize this fact? Today, many people are teaching a hyper-grace, whereby all the attributes of G-d relating to Him as a judge Who will display His wrath, have been emptied from their understanding of HaShem. For them, G-d’s grace, love, and forgiveness overshadow all His other attributes relating to judgment. Such a view of G-d is distorted and it is in conflict with a wealth of Scriptures; especially what the Bible reveals about the last days.

There is a verse in this week’s Torah reading, which states,

This book records how G-d has fought for His people throughout Israel’s history. This book is not finished. When one studies the prophets, he will find that in the end times, G-d will fight in a mighty way to deliver Israel from her enemies, which will be numerous. If a person pays close attention to such passages, he will learn that prior to the establishment of the Kingdom of G-d, it will actually be Messiah Yeshua Who pours out G-d’s wrath. In fact, the book of Revelation calls this judgment the wrath of the Lamb (See Revelation 6:16).

One needs to realize that the wrath of G-d is inherently related to His holiness and the promises that He has made in His word. Man can carry out horrendous acts. In fact, we are hearing of unspeakable acts of terror that are being done in great numbers today in Syria and Iraq. Although the Second World War ended 70 years ago, may we never forget the atrocities that were committed. Such sins will be judged by G-d. The Lake, which burns with fire and brimstone, testifies to this. Yes there is forgiveness, but such forgiveness is only available in Messiah Yeshua and for those who truly repent. Sadly, the Bible reveals that most will reject this grace and find Yeshua’s wrath.

At the Second Coming, Yeshua brings the fierceness of the wrath of Almighty G-d. It is most interesting that in Revelation chapter 19, within the context of His return and the pouring out of this wrath, one reads that Yeshua has a name, which no man knew (See Revelation 19:12). This verse points to the discrepancies between man’s understanding of Yeshua’s identity and the reality of Who He is.

Why is the reader provided with this information? The answer is to teach us that most only understand the Cross as a means to grace, which it is; but they forget that the Cross also manifests the extent of G-d’s wrath and His commitment to holiness.