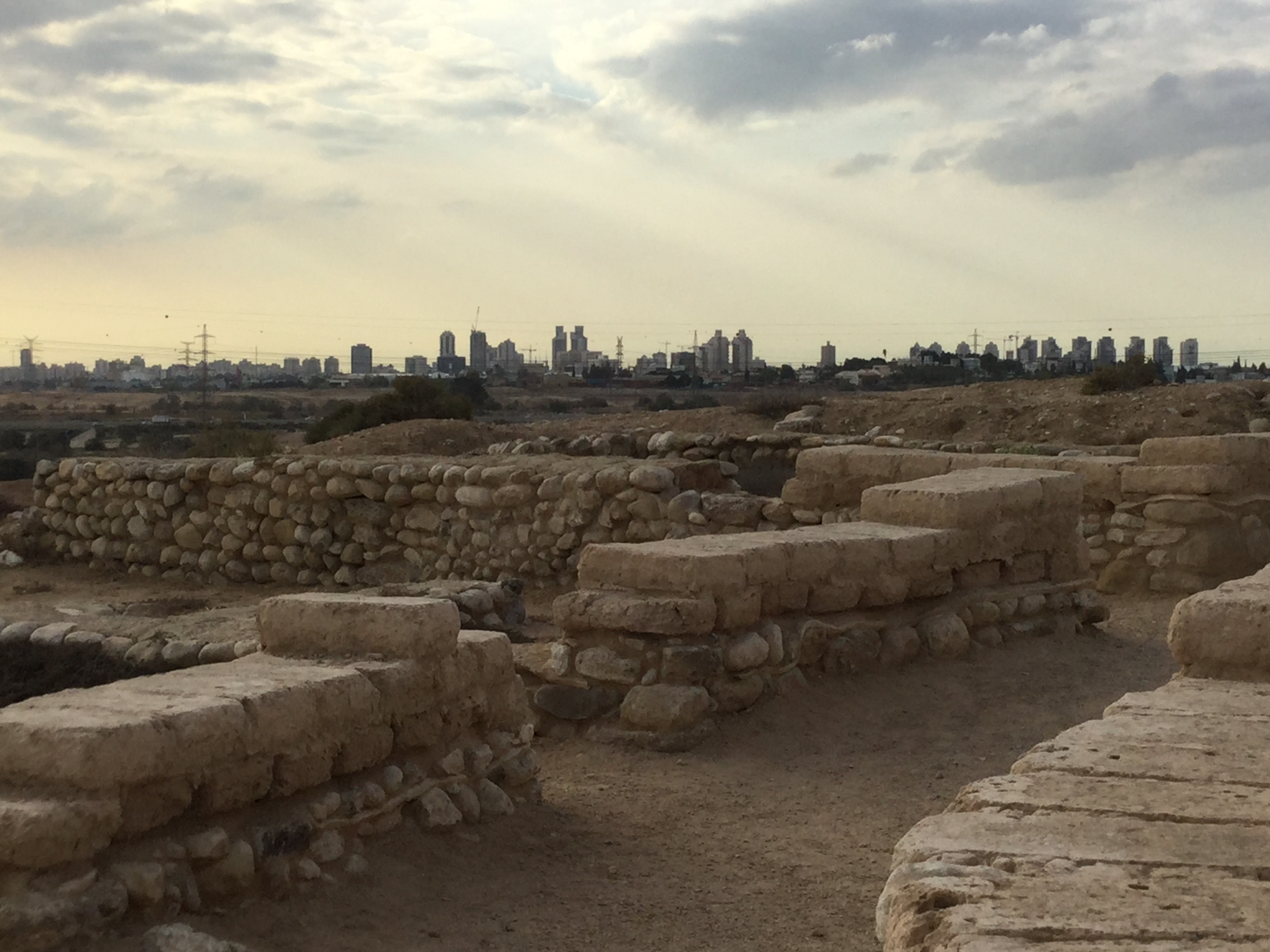 Tel Beersheva (ancient) in the foreground with present-day Beersheva in the background.

Last night we studied the end of Isaiah 19 and all of Isaiah 20 at our study center.  We discussed the fact that (v. 19) in the last days “there shall be five cities in the land of Egypt that speak the language of Canaan (Hebrew), and swear to the L-rd of hosts; only one of the five shall be called the city of destruction.”  If one reads carefully in the book of Exodus, only 20 percent of the Jewish people actually came out of Egypt. But in the last days, 80 percent will be saved.  We also know that the land of Israel will expand her borders  into Egypt in the South and into Assyria in the North, as  promised by G-d.

It would be hard for the average person today, especially those without faith, to know that in the future the borders of Israel will expand!  This, as the world leaders seek to take land away from Israel. Please pray for Israel today.  There is so much pressure on her leaders to give in to policies which are against the Word of G-d.  Even this past Friday night and Saturday night, there were several rockets shot into southern Israel. These rockets typically cause these world leaders to demand that Israel make foolish concessions, all for an empty promise that in doing so Israel will find peace.

The 20th chapter of Isaiah scolds Israel for trusting in an alliance with Egypt and Ethiopia (Cush) as the threat of an Assyrian attacked loomed ever closer. Israel chose unwisely to rely on the two nations, instead of trusting in G-d as the prophet Isaiah was exhorting. What ended up happening? Assyria took control of both Egypt and Ethiopia and the promise of help from them never materialized. Israel also forgot her call to bless other nations with the truth of G-d; rather, than expecting them to come to their assistance.

Prophecy is so relevant today and wise people study the message of the prophets so as to be prepared for the end times. May our L-rd grant you a blessed week. Shavuah Tov!