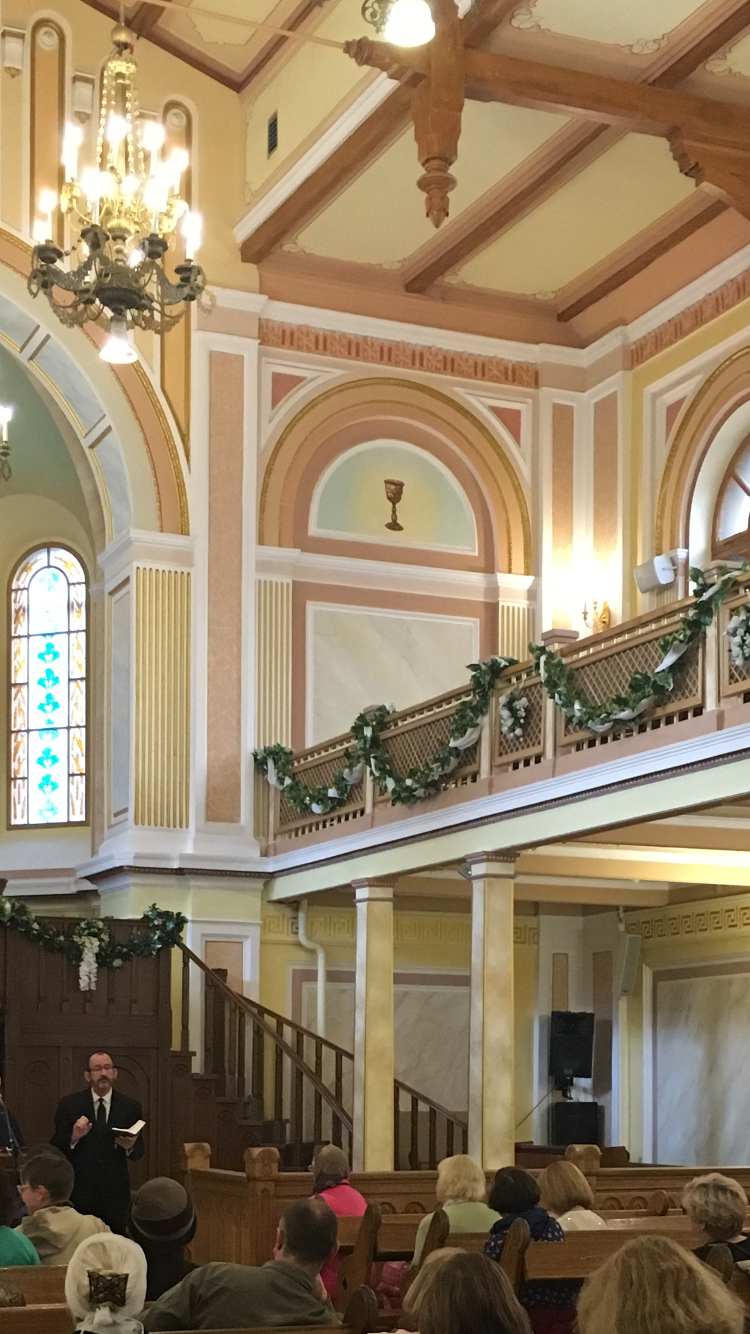 The lovely interior of sanctuary.

Sunday, Baruch taught at the church above.  It is a beautiful facility, which has also hosted the likes of Billy Graham.  This was the first time a message was taught in Hebrew in this historic church (and then Michael translated it into Russian).

During Communism, the Protestant non-Russian Orthodox churches were greatly persecuted.  They were denied moving to different facilities and the government tried to infiltrate them with spies.  Congregants could be kicked out of university for their faith, they had difficulty finding jobs, evangelising was illegal and they were forbidden from doing social work.  (This is because helping people with their physical was perceived as a way to gain power).

Today I read an article on WorldWatchMonitor.com which reported on religious persecution in Russia and how it is random and on the rise.  Religious organizations need to be recognised by the state and missionary activity by Russians and by foreigners is prohibited.  We need to pray for Russia, as its freedoms seem to be dwindling.

Baruch and me after the service.  “The guys”, Baruch, Eliyahu, Michael, Roman and Yuri.

Eliyahu is interested in printing our Discipleship Manual.  He traveled over 3 hours EACH WAY by train to meet Baruch and hear the message.  We look forward to working with him!  We want to be able to help fund this printing.

You know Michael, who teaches the weekly Torah portion at our study center in Israel. He translated for Baruch (Hebrew to Russian) and did a very good job.  We so appreciated the encouragement and friendship of Roman and Yuri, who regularly attend our study in Israel and traveled to Moscow just to be with us!  It was very meaningful! 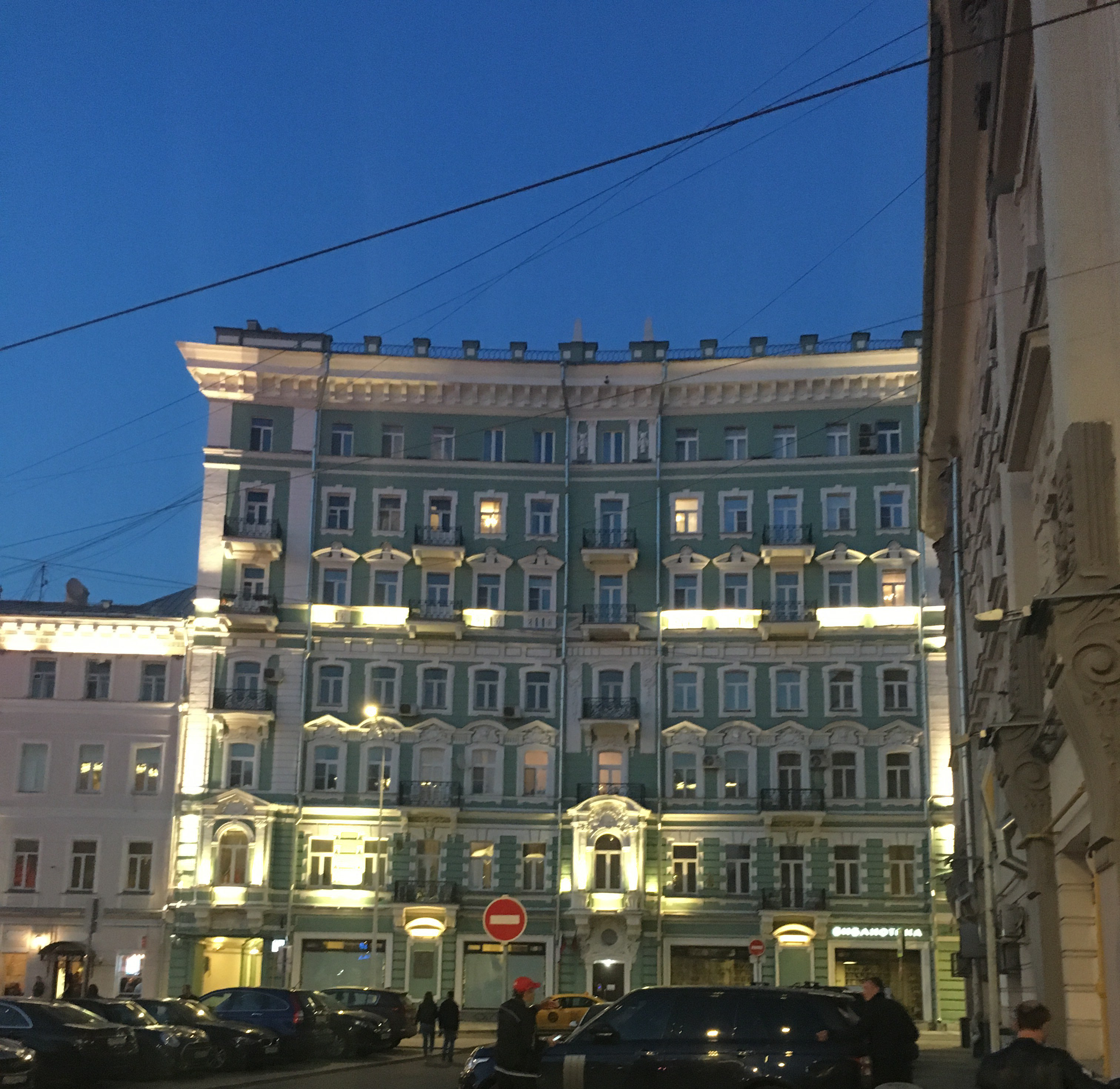 Some of the buildings are lit up beautifully at night. 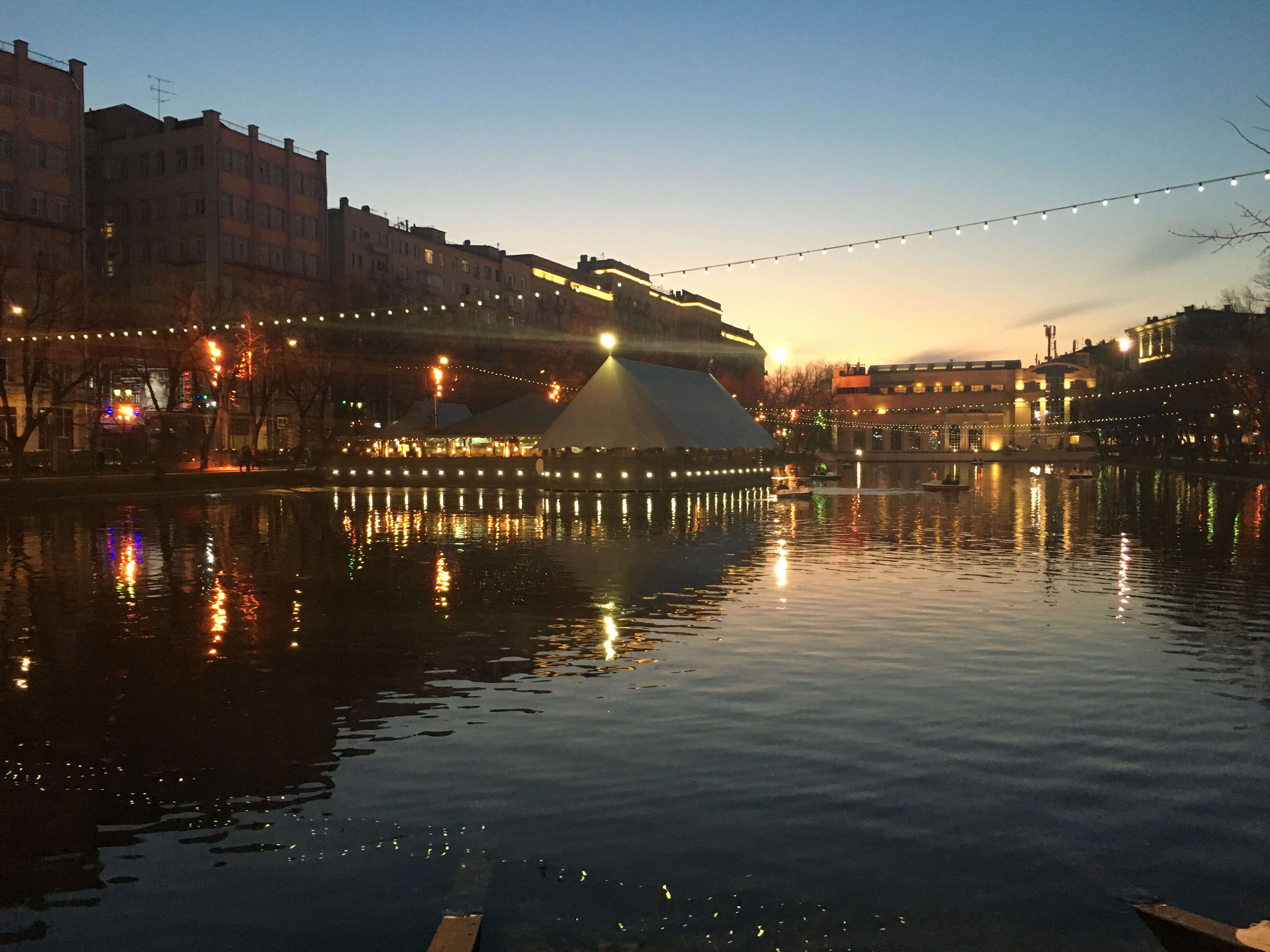 The scenic view as we walked back to the hotel 🙂