This afternoon/evening I was in Tel Aviv to meet with our older daughter and to drop off some videos to be edited.  We had a great time and of course I always love getting to spend time with her.

I found out that a 13 year old girl was murdered yesterday in Tel Aviv and our daughter knew her.  She was an Eritrean asylum seeker who our daughter knew from the Centre she used to work at.  It is such sad news.  Another teenage girl, an Arab from the Galilee was murdered also and there are 4 Arabs in custody related to that.

Other news in Israel or about Israelis:

Two new desalinization plants will be built in Israel by 2023-2024, Water Authority head Giora Shaham said on Tuesday during a committee discussion on the water sector.  One will be built in Sorek (the second one to be built there) and the other in the Western Galilee. The first Sorek plant, completed successfully and ahead of schedule in 2014, provides clean water for more than 1.5 million people.

Czech President Milos Zeman and Prime Minister Benjamin Netanyahu today inaugurated a Czech House just outside the Old City walls in Jerusalem, with both saying they hoped it was a precursor to moving the Czech Republic’s embassy to the capital.

Also, an Israeli news reporter was attacked in Berlin as she was reporting news.  Some young men heard her speaking in Hebrew and attacked her and threw lit firecrackers at her.

Finally, this coming Sunday night is the lighting of the first Hanukkah candle.  Tomorrow I plan to get everything out and make sure we have all the candles we need, etc. 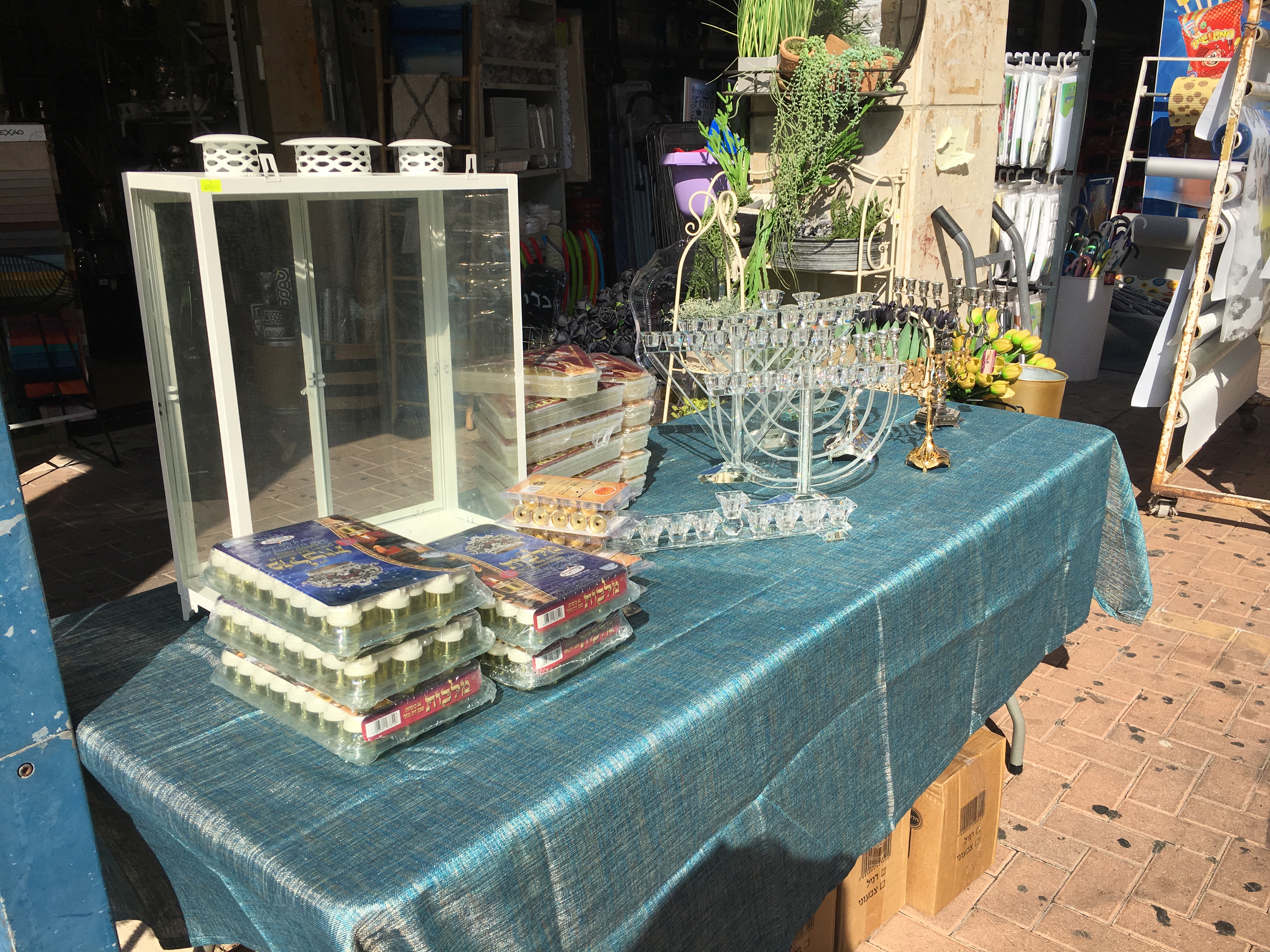 Hanukkah supplies for sale.  The big, glass box is to put a Hanukkiah in and then you can place it outside without the wind blowing out the flames.  Very pretty when in use!