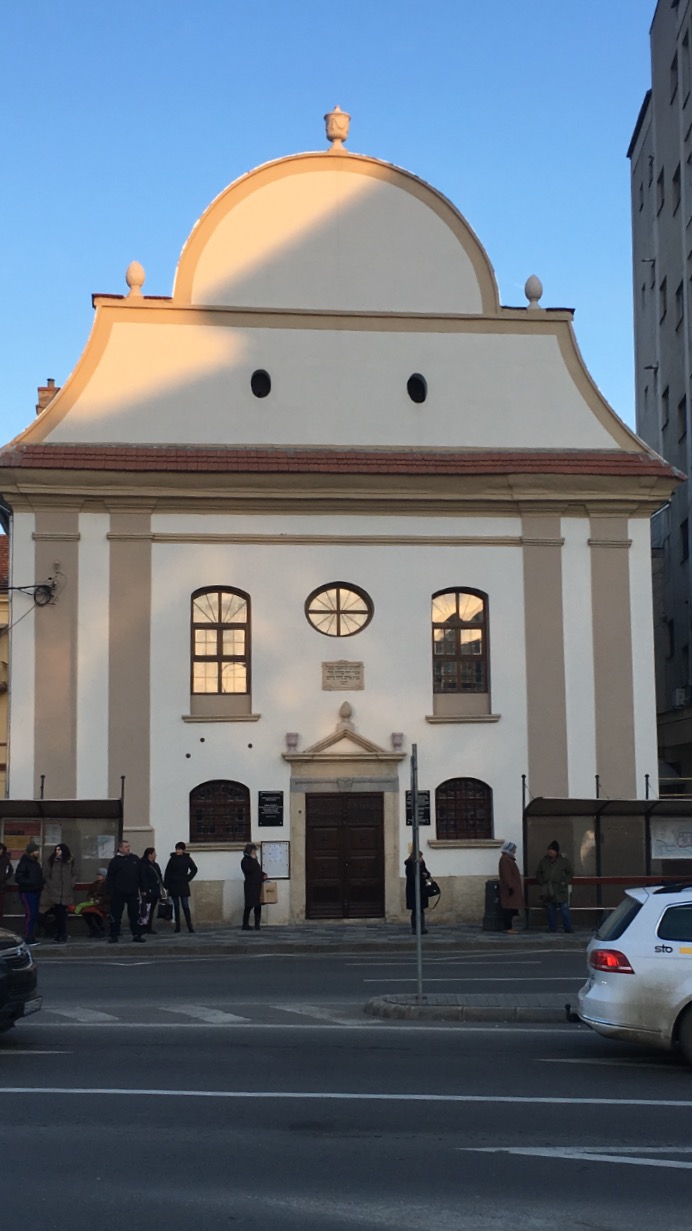 The exterior of the synagogue in Alba-Iulia, Romania.

Today Baruch taught a pastor’s conference in Alba-Iulia.  It was well-attended and the people were very interested in the theological topics Baruch taught.  The church served a delicious lunch for us all and were very gracious to us.

After the Conference, we met the president of the Jewish community at the newly renovated synagogue.  It was a treat for us to get to go inside and the community is very proud of their synagogue.

I was reading about the history of the Jewish people in this area.  There is documentation that the Jewish community was there in the late 1500s.  They were Sephardic.  There is a document, written in Hebrew, which mentions a bet din (rabbinical court) in the city. 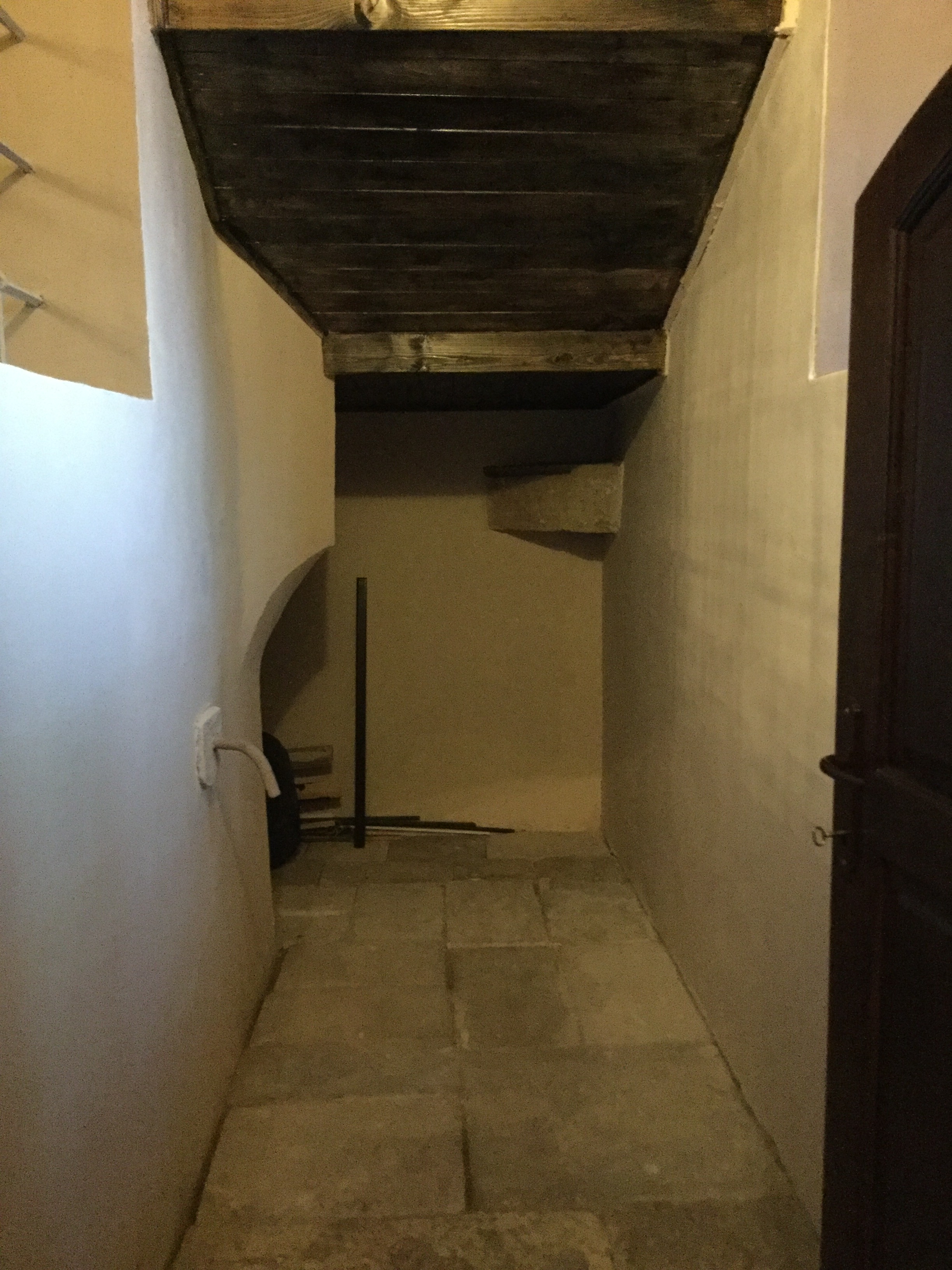 Above is a picture of the jail cell, located inside the synagogue, where those found guilty by the bet din (which was also located at the synagogue), would be held.  The most common inmate would be a man who would not give his wife a “get” (divorce document) in cases where he should do so according to Jewish Law.  This would leave the woman unable to to marry again and life would be very difficult for her. 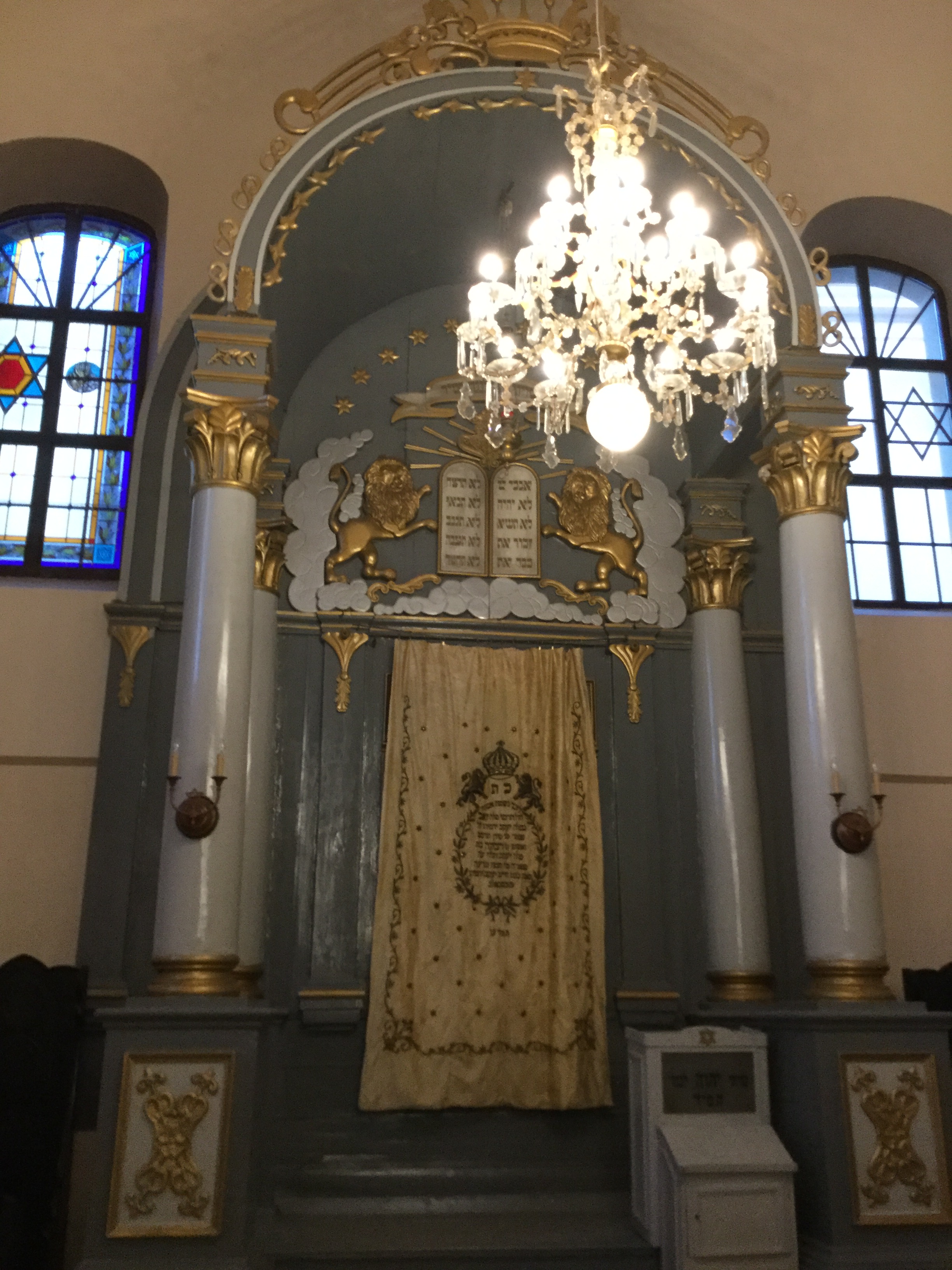 A view of the ark.

In 1938 a bomb exploded at this synagogue.  No one was hurt and just one wall and some of the seating were damaged.  At the rededication of this synagogue a couple of months ago, the nephew of the teacher who told 2 students to bomb the synagogue, was in attendance.  He asked the people for forgiveness for his uncle’s action.

In 1941, all the possessions of the Jewish people were confiscated.

The Jewish people in this region have been through so much.  Imagine being told where you can/must live, what kind of income you can earn, etc.  This has been the plight of the Jewish people, and of course with much worse situations, as death in the concentration camps.

There are currently fewer than 45 Jewish people in Alba-Iulia, and the synagogue only has services on holidays.  They are currently unable to get a minion for their services.

1 thought on “The Synagogue of Alba-Iulia”