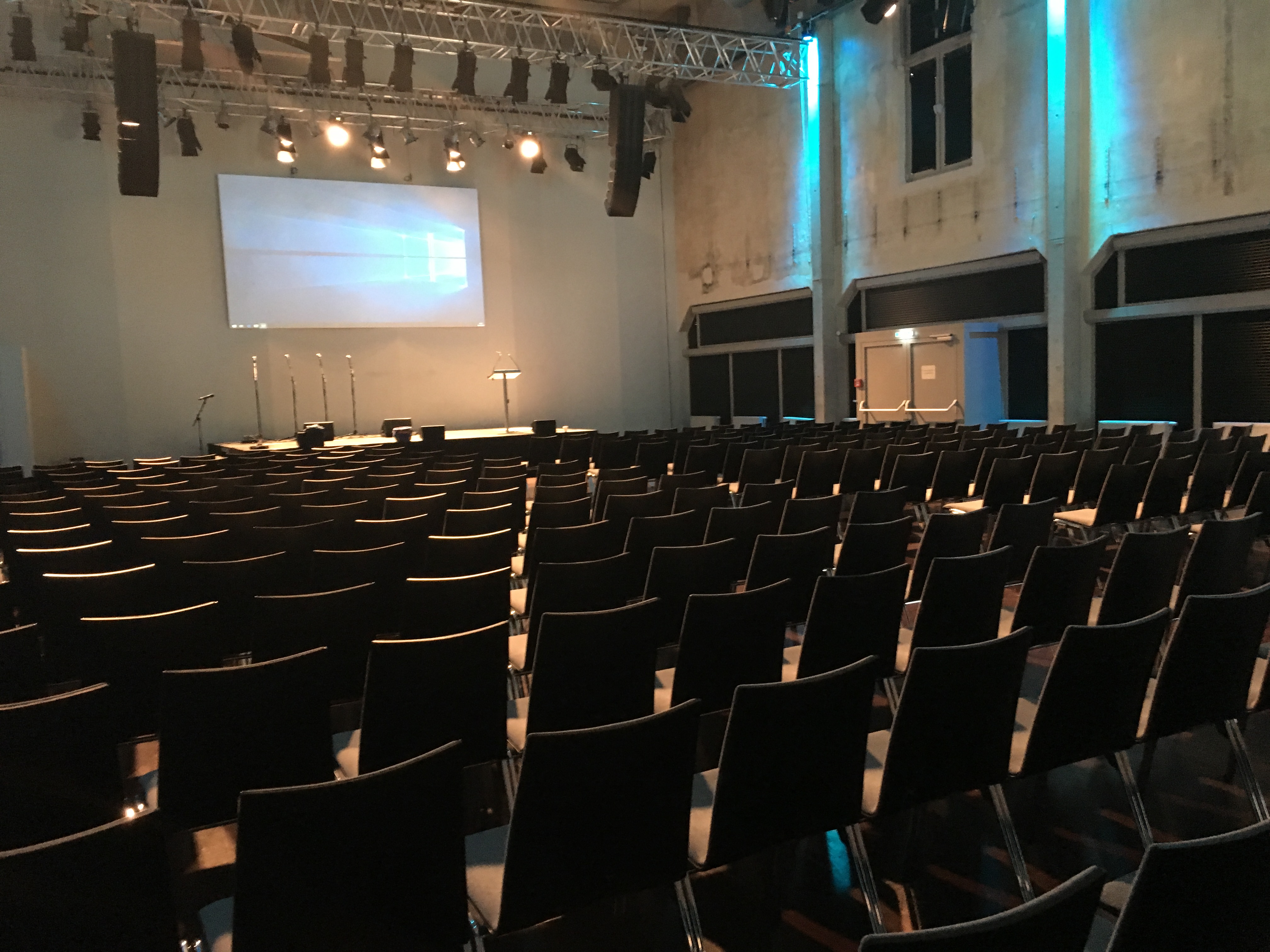 Inside the location of the Vienna Conference.

Baruch and I arrived in Vienna on Thursday evening.  Friday morning, Baruch and I had a meeting with the media firm which distributes our television program over the various internet platforms, such as Roku, AppleTV, iTunes, etc.  They also provide analytics for us in regard to those channels.  While at their office, we reviewed with them our current status and then discussed future needs/plans for expansion and how best to do it.

Friday and Shabbat, Baruch taught a conference .  The titles of the sessions were:  Birth Pangs and the End Times, The First Half of Daniel’s 70th Week, The Middle of the Week (The Abomination of Desolation), Our Blessed Hope, and The Second Half of Daniel’s 70th Week..  We did not know what to expect, as we did not participate in the preparation.  When we arrived, we saw the facility above.  Isn’t it great?  We were very impressed with it.  The location was in an upcoming area where they have renovated a former bread factory into lofts and offices for businesses.

Baruch and his translator, George.

We were very thankful for George, who translated for Baruch.  It is such a gift to be able to translate.  Everything was arranged so nicely for us and we are thankful for all of the people who helped make the conference possible.

Today we are on the train from Vienna to Prague, where we will do some Holocaust research and prepare to head to the Ukraine for another conference.