Today a large tour group from Romania landed in Israel.  Most of these people have heard Baruch teach there and on our television program which broadcasts on Romanian television.  They are very eager to learn and interested in the Land of Israel and the G-d of Israel.

The first place the group visited was Yaffo.  Baruch and I did not go there with them, but we met up with them at visited Caesarea.  It is filled with such history…Roman, Jewish and Christian.  Baruch taught about the first Gentile believer, Cornelius, who believed in Caesarea.  As believers, that makes this a place of joy.  However, for the Jewish community, this is a place of sadness.  This is where the famous and beloved Rabbi Akiva was tortured to death, as the Romans sought to find Bar Kochba, who had been declared messiah.  This causes misconceptions between the Jewish people and Christians, as they do not understand the emotions for the other group brought about by Caesarea.

Photos from Caesarea today.  On right, Baruch teaching with tour guide on the left and tour leader on the right.

The next place we went was to the Cave of Elijah, on Mt. Carmel.  There, Baruch mentioned the end times and the 2 witnesses, one who will be able to turn water into blood (possibly Moses) and the other who can keep the rain from falling (possibly Elijah).  Perhaps this is why Malachi the Prophet commands us to remember both Moses and Elijah in the Last Days. Malachi is very clear that Elijah will return prior to the Seconding Coming of Messiah Yeshua. Although Yeshua taught that in one sense that Elijah has come in the person of John the Baptist, careful attention to the text only states that John came in the Spirit of Elijah; that is, he called the people to repentance. The Spirit of Elijah is an important concept in Judaism. It relates to bringing unity between the fathers and their children and the children with their fathers. This has to do with preparing the next generation (our children) for the coming of the Messiah. We need to remember that when Yeshua came the first time He wanted to gather up the Children of Israel as a mother hen gathers her chicks, but the people were not willing. The Spirit of Elijah brings about a submissiveness to the will of G-d and prepares the people for the Kingdom. Let’s pray that we might be ministers of reconciliation and influence others to unit to what HaShem wants to bring about, a people prepared for the things of G-d.

Baruch and I then went to our hotel in Tzfat, where we used to live.  It is a very quaint town in the Galilee, up on a mountaintop.  The scene below is from our walk through the town. 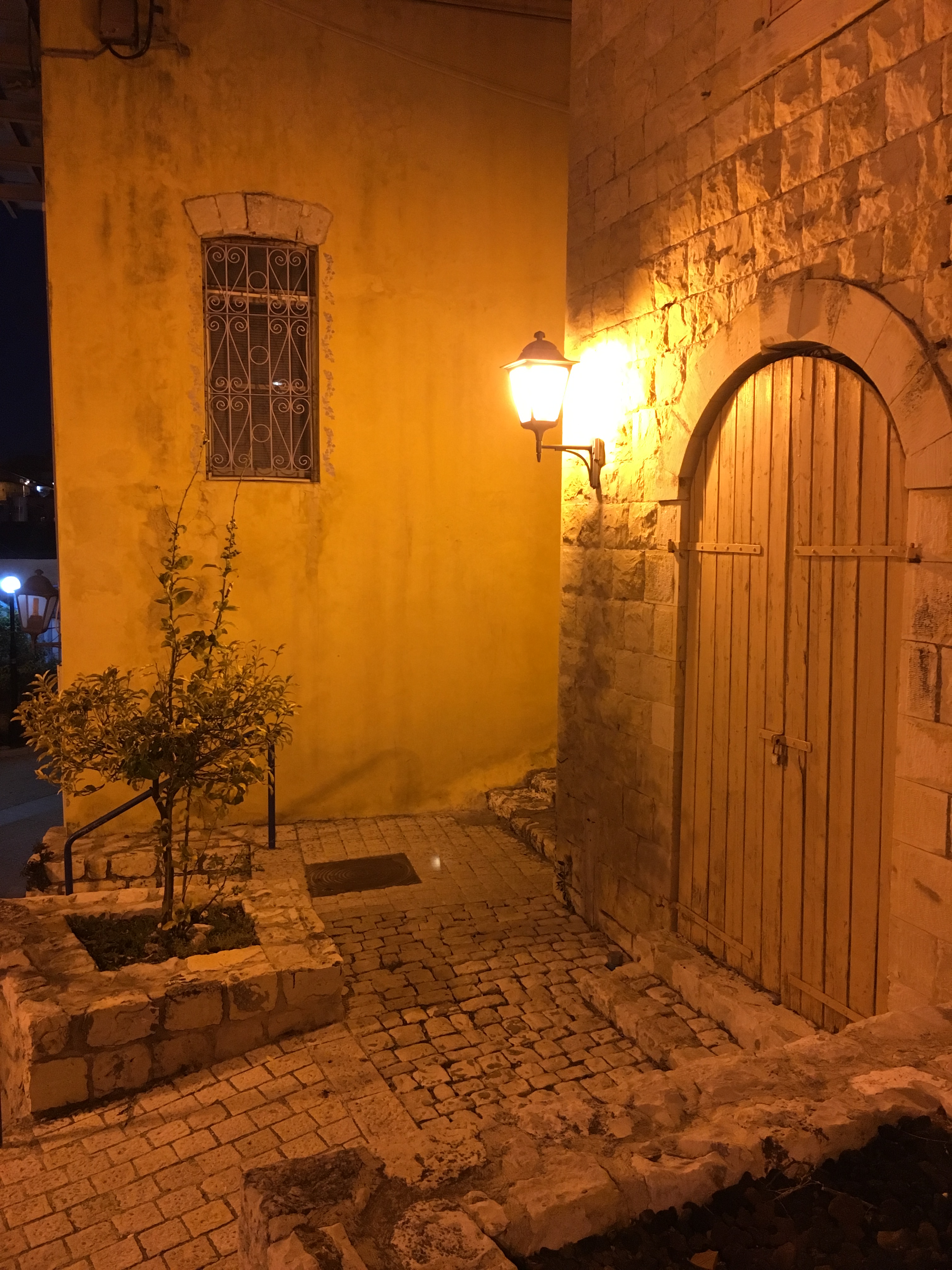