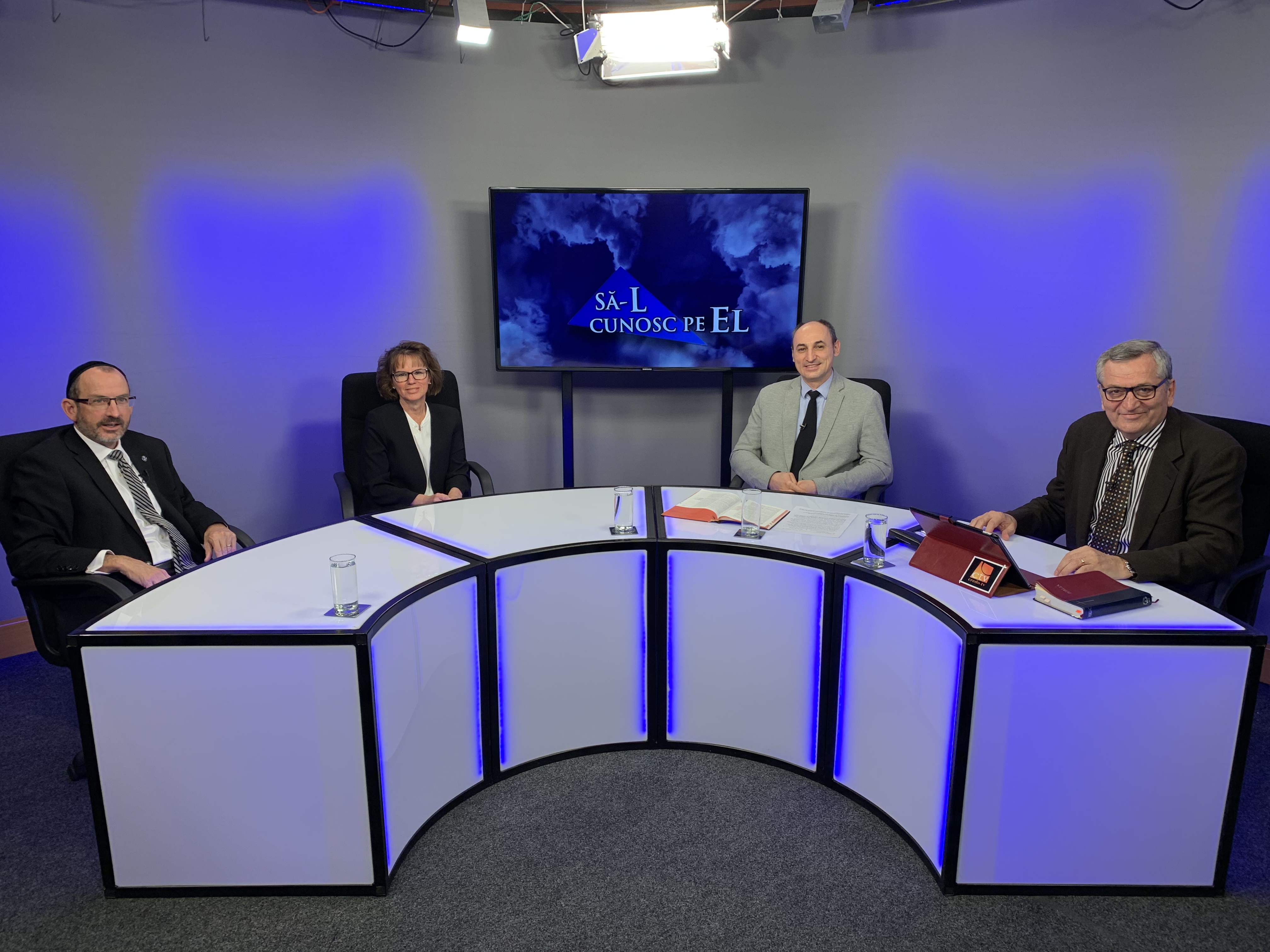 On the set with Florin our translator and Iacob Berghianu, the host. Photo by John Petric.

Yesterday was a full day in Cluj, Romania.  We began with Baruch taping 7 LoveIsrael.org television programs.  Afterward, we met with Iacob Berghianu (above, far right) to discuss the 3 television programs we would be taping.  The first program included me and we discussed our moving to Israel and life here.  The second and third programs did not include me.  They were discussions about Israel and the Jewish people (Biblically) and the last dealt with current events in Israel as they relate to Biblical prophecy.  The translator, Florin, did an outstanding job and we are so glad to have met him. 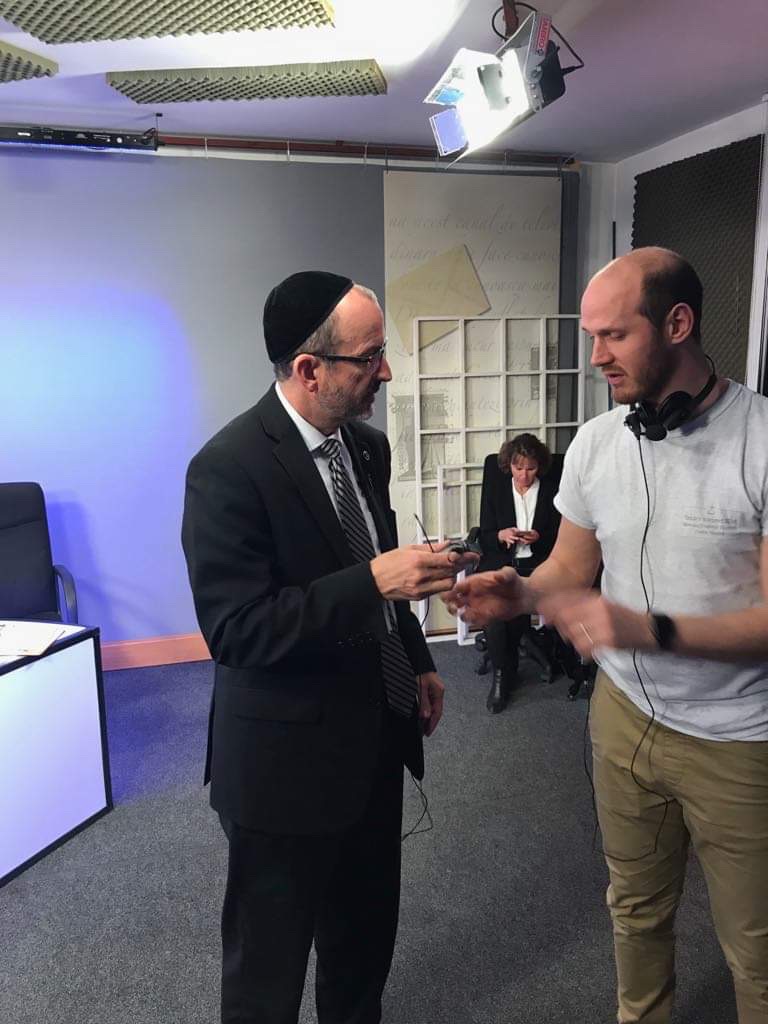 Baruch receiving audio information from Ed and me working.  Photo by George Popa.

After all the taping was completed, we went to dinner with George Popa, our Team leader for Romania and Eastern Europe, and then met with him concerning several upcoming projects.

We have conferences planned in 2019 for Bulgaria, The Republic of Moldova, Hateg (Romania) and a Leaders’ Conference at a retreat center in Romania.  We would ask for your prayers for all of these conferences that hearts would be prepared and that many would be reached.

1 thought on “Yesterday in Romania”